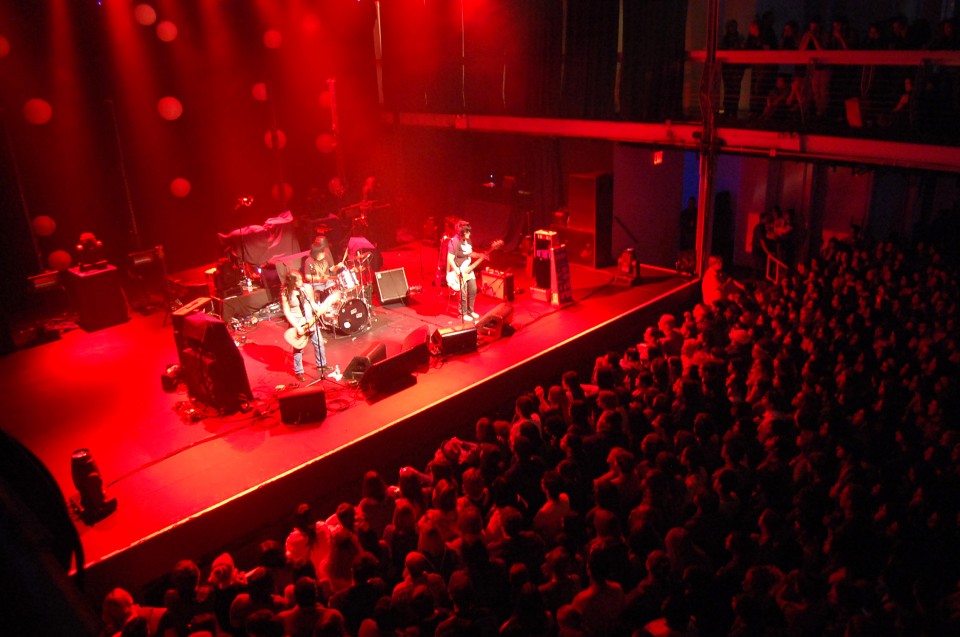 Jammin’: A Girl in a Coma Documentary

Community, Film Screening | Comments Off on Jammin’: A Girl in a Coma Documentary
Map Unavailable

ABOUT THE EVENT
Join us on the Artpace rooftop for a free, rare screening of a documentary about San Antonio’s indie-rock sensation, Girl in a Coma. The screening will be followed by a Q&A featuring Girl in a Coma bandmembers Phanie Diaz and Jenn Alva and filmmaker and Artpace alumni artist Jim Mendiola.

ABOUT THE FILM
In 2006 a bilingual cable network asked filmmaker Jim Mendiola to find an unknown band, record their lives, and record the group meeting their rock and roll hero. The pilot for the TV series, called Jammin’, introduced Mendiola and the world to San Antonio’s own Girl in a Coma. In this rarely seen one-hour documentary, we see the band’s daily lives, meet their families, watch them juggle practice time with part-time jobs, and witness the moment they are discovered by Joan Jett and signed to her record label. It’s a funny, poignant, and revelatory look at the legendary Girl in a Coma before their awards, national tours, and four studio albums. This full-length version of the documentary has only been screened in public once since its production in 2007.

Image: Girl in a Coma performing at the Henry Ford Theater in Hollywood c. 2010. Image courtesy of Jim Mendiola.