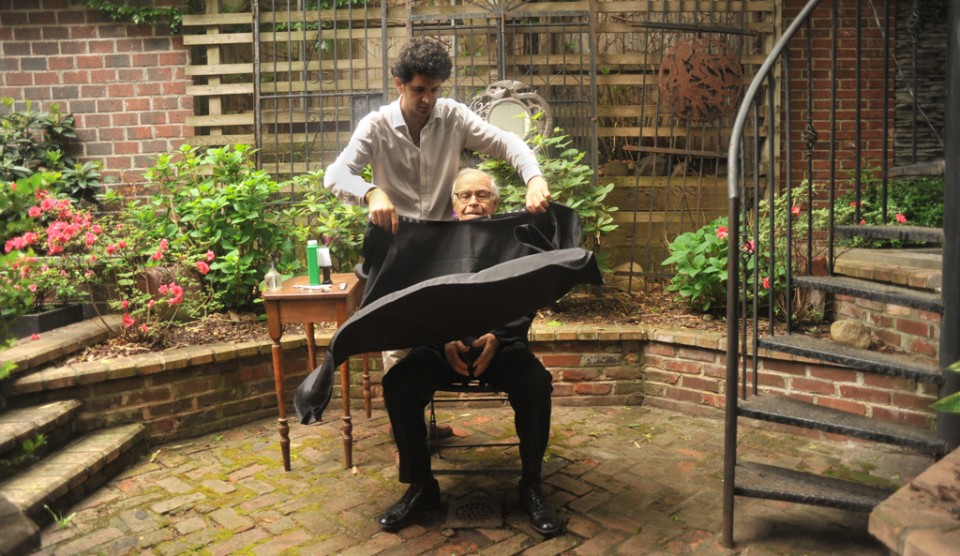 Bilal says of the project, “I think Abbas’s “Bicycle Barbershop” is an excellent opportunity for the community collaboration. Abbas will be offering free haircuts during Food Truck Friday and encouraging people to ask him any question about Iraq they may have from the chair. By having them interact one-on-one with an Iraqi in a casual setting, he is putting a human face on the Iraq issue. ”

Learn more about Abbas Noori Abbood
Abbas Noori Abbood is a barber, comedian, and actor from Sadr City, Baghdad. Abbood has worked in theater, TV, and film since 1996. He was involved in several plays in Baghdad including the Baghdad National Theater. His last acting role in the Middle East was as a comedian on Al’Baghdadia TV, and as an actor on several major Egyptian soap operas. Since moving to NYC in 2009, he has worked as model and actor for Def Jam Records, Arab American Comedy Festival, The History Channel and Al Jazeera, Najji Theater, and with Theater Three Collaborative in NYC and Rada Festival in London.