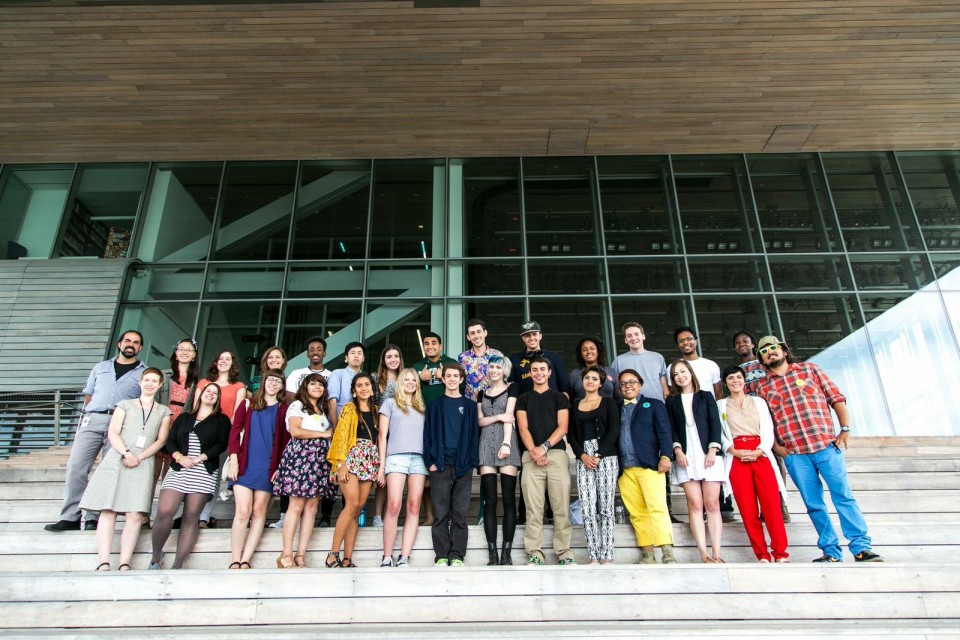 At the beginning of August, Taylor Browning, Assistant Curator of Education, Teen and University Programs, traveled to Boston with two You[th]Pace Teen Art Council members to represent Artpace’s teen programs at the Institute of Contemporary Art/Boston’s sixth annual National Convening for Teens in the Arts. Artpace was the second organization from Texas to be invited—Arthouse (now The Contemporary Austin) attended in 2012.

Each year six organizations are invited to participate and the ICA/Boston covers all costs for one educator and two teens to attend. The two teen delegates from each organization present on their distinctive programs and institutions, which this year included the Art Gallery of Ontario; the Whitney Museum of American Art, New York; Artpace, San Antonio; The Museum of Contemporary Art Denver; The Park Avenue Armory, New York; the Hirshhorn Museum and Sculpture Garden, Washington, D.C.; and the Institute of Contemporary Art/Boston.

Watch this year’s teen presentations on the ICA/Boston’s website. 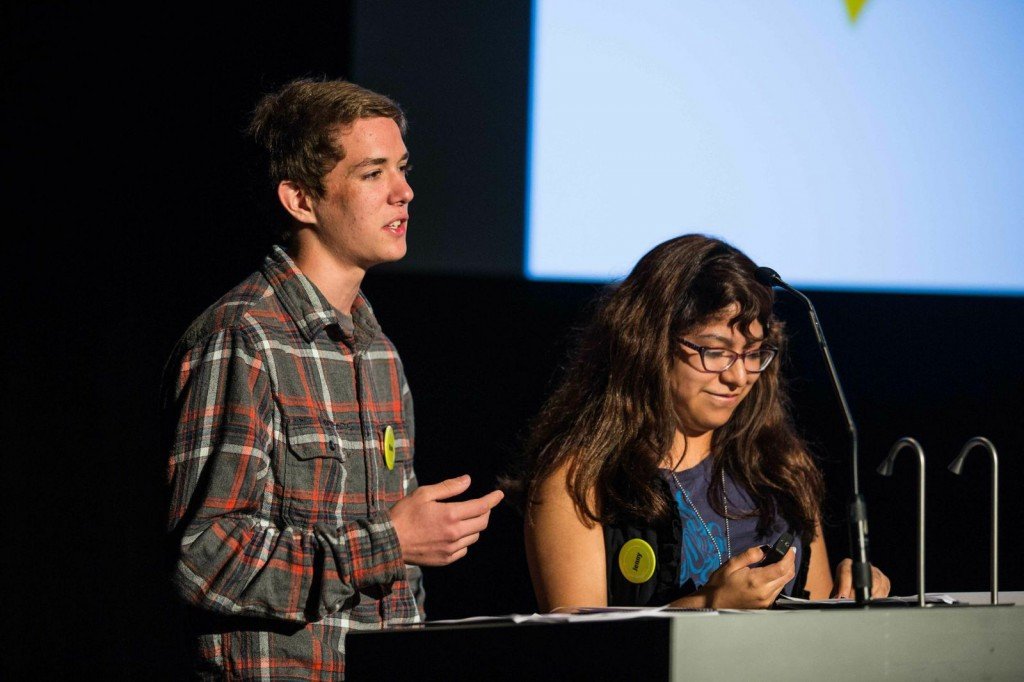 Convening participants spent three full days at the ICA/Boston. They listened to engaging panel discussions, attended one of the ICA’s Teen Night, saw the Jim Hodges exhibition, participated in a workshop with former Artpace Fall 2009 Artist-in-Residence Mario Ybarra Jr. and his wife Karla Diaz of Slanguage, and engaged in multiple roundtable discussions on topics related to teens and museums.

“Lets start out with a random thing about myself: growing up my mom was always reading The Oprah Magazine and frequently watched the show all the time. For some reason I idolized Oprah Winfrey. Just the fact that she’s changing people’s lives without even knowing it and doesn’t expect anything in return. Soon I figured out you have to be 18 years old to be in the audience but by the time I was 14 Oprah decided to let the show go and I realized I would never get the opportunity to be in the Oprah Winfrey crowd. But what do you know, Oprah Winfrey isn’t the only one who has the drive to change people’s life. Sounds kind of weird but the ICA/Boston was my Oprah Winfrey—you guys provided airfare, housing, food and entertainment and I wasn’t the only one—13 other teenagers were chosen from around the United States and 2 international.

But this is where it really gets good—a trip like this you can’t pay for—it’s priceless. You’ll never get the same conversations that we had. There’s something about bringing kids with a passion for something all together—it brings something out of you. The love for what you do—if that’s ceramics, painting, film, making, dancing, photography, and many more the ICA saw the passion in the eyes of the future (teenagers). So from the bottom of my heart, thank you so much for giving us the opportunity to all come together and see what is really in front of us.

The realization that we can actually go somewhere with something that we love, the thought of being an artist, is kind of out there but you gave us the clarity to see there’s a future in what we love. Thank you so much for doing what you’ve done. I believe in divine design and the idea of you picking 14 teenagers to be in the same place at the same time is the destiny for all of us to figure out something about each other and create new ideas…

This trip will be a memory that I will carry for the rest of my life. Just the thought of Boston makes me smile. Thanks for the great memories and the knowledge.”