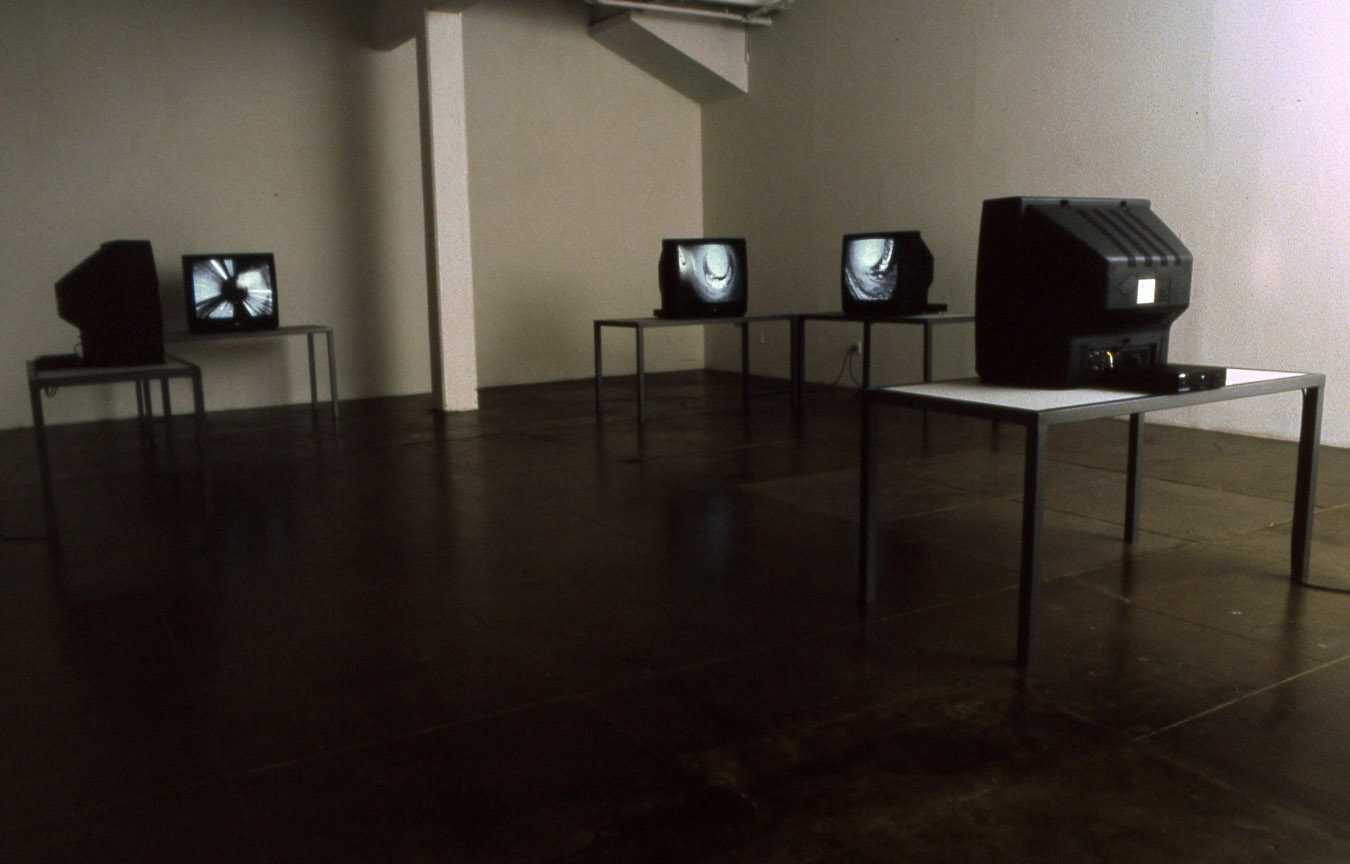 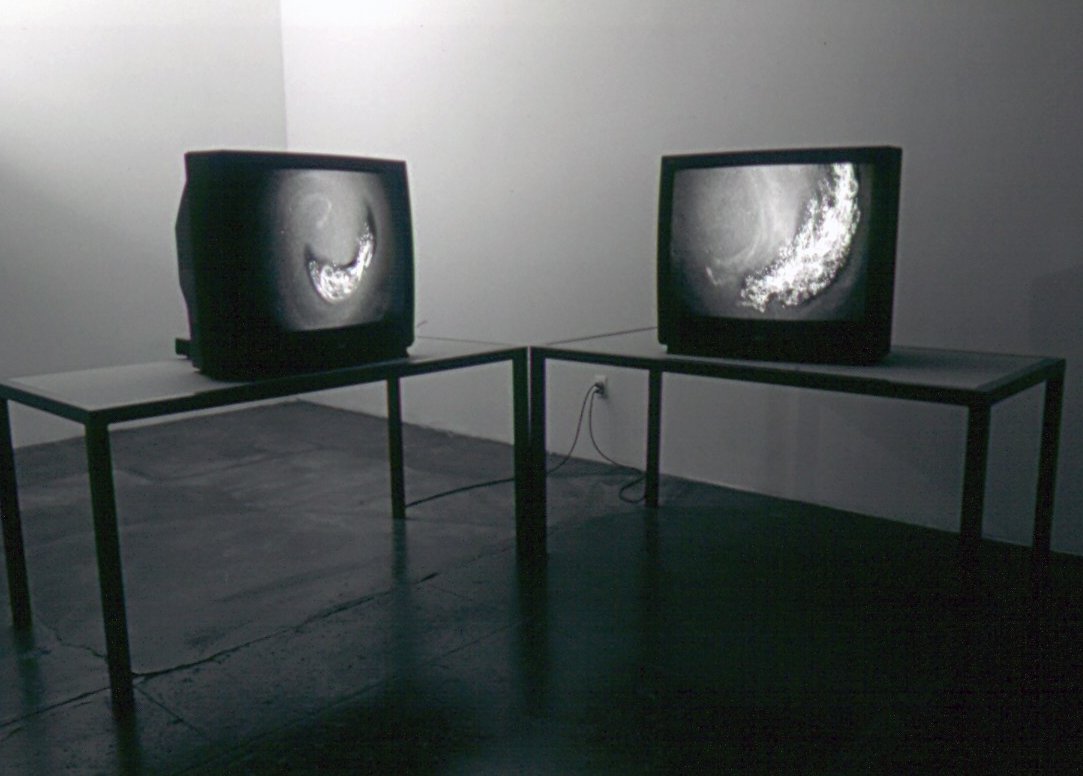 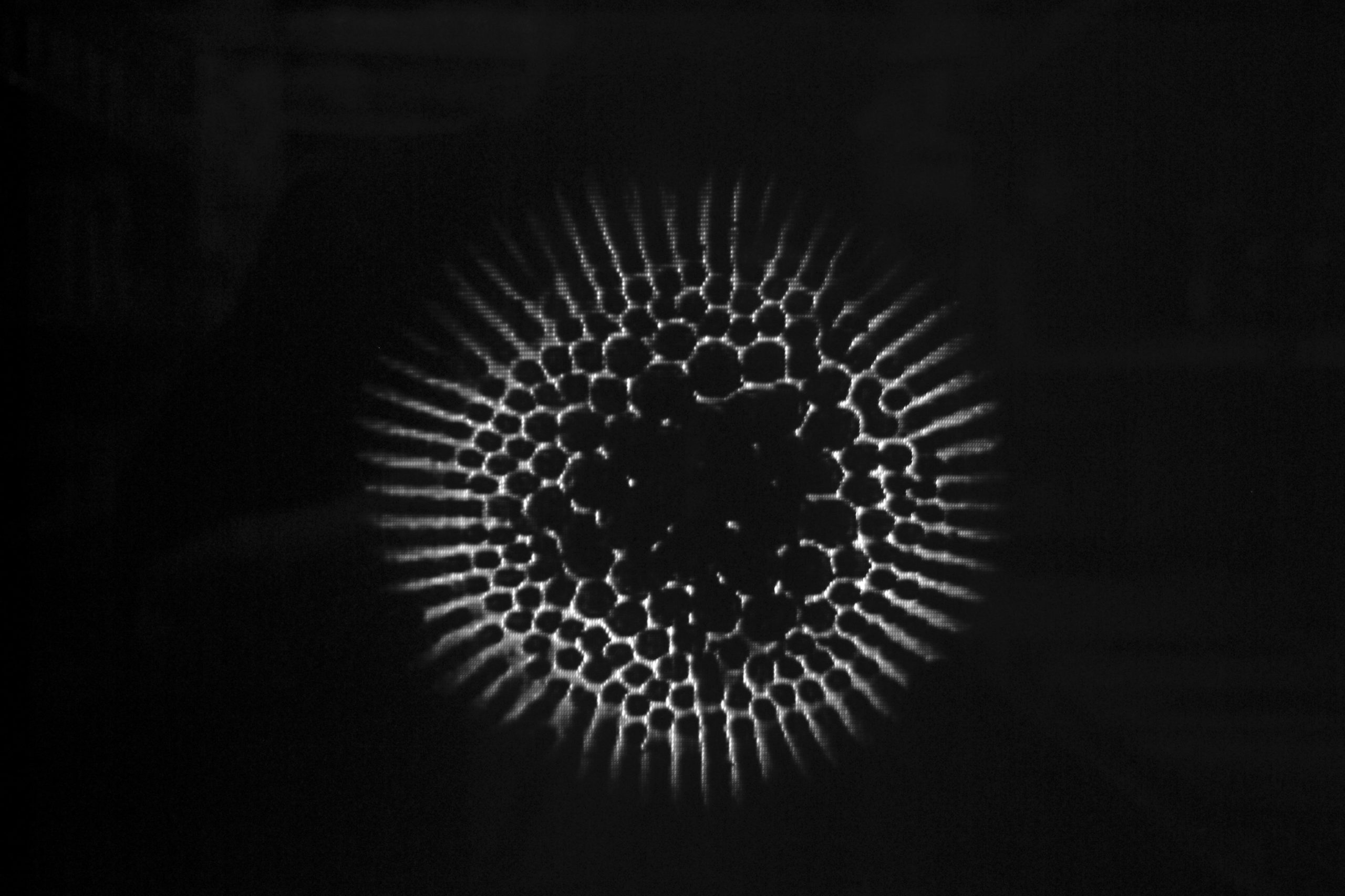 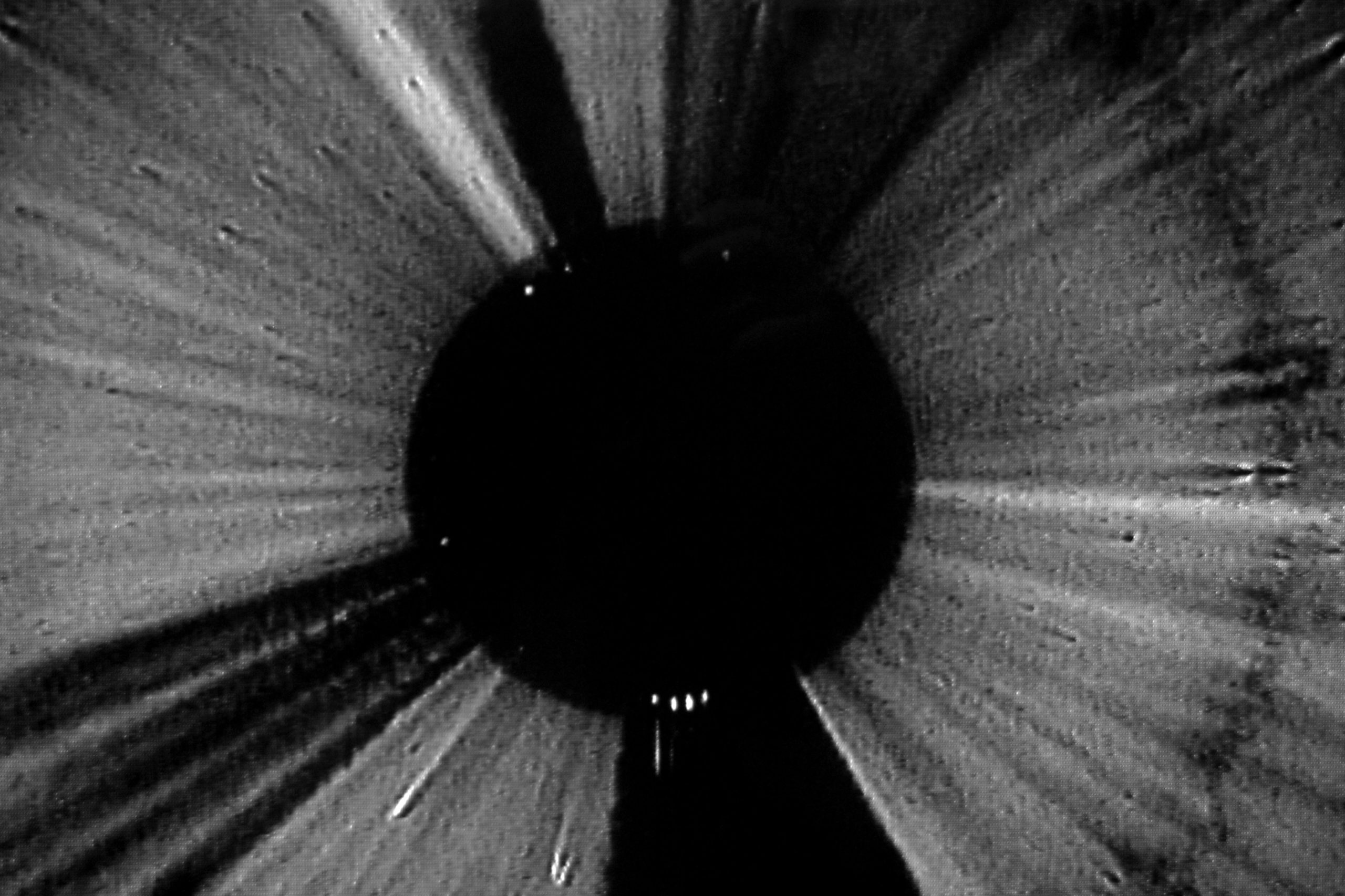 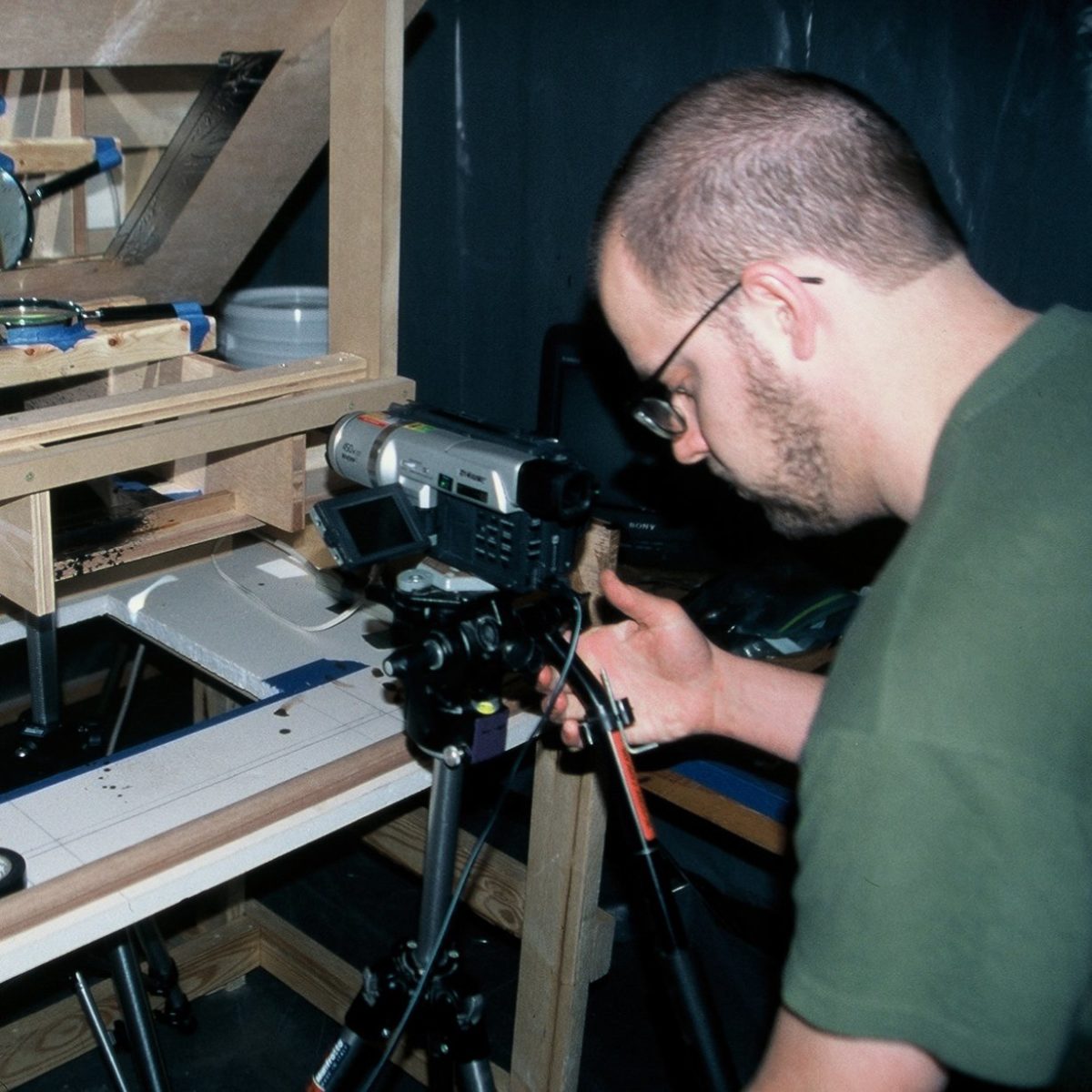 Brian Fridge’s imagery in Vault Sequence, shown in the 2000 Whitney Biennial, appears as a swirling galaxy of white noise and has as its source, natural phenomena inside a home appliance. His black and white videos, which capture mysterious swirling patterns that emulate outer space, are grounded in an everyday occurrence: Fridge filmed rising steam and melting ice crystals in a state of transformation during his freezer’s defrosting process. Working in a low-tech way with a hand held 8 mm camera, Fridge has aimed to create works that possess a timeless and poetic quality, and he succeeds.
In speaking of his work and his own do-it yourself freezer cosmos, Fridge sets himself up as a kind of Zeusian figure or puppeteer when he claims that “the universe is useful because it is self-defined and at the service of nothing and is in this respect similar to art. Somewhere in the composition inside the texture of technology is the individual. The artist can use an object to mark the center of the universe as well as be its purpose.” Fridge’s work calls attention to the miraculous. We are engaged by the simple and by the complex beauty of the image. At the same time that we attempt to categorize his creations as natural, as man-made, as cosmic or concrete; they remain amorphous. The fact that his constructs are sometimes “natural,” other times manipulated, or a combination of both, is a means for drawing the viewer in for a closer look.
He began the development of inventive cosmological imagery in the earlier work from the Vault Sequence, where he used store-bought graphite-marked globes to create “toy models of cosmic events.”
Fridge explores the element of time by choosing to work in video and also enjoys the popular appeal and immediacy of a medium with a strong vernacular vocabulary.
Brian Fridge was born in Fort Worth, Texas in 1969 and received his BFA from University of North Texas, Denton. His work was featured in the 2000 Whitney Biennial, Whitney Museum of American Art, New York, NY, Out of the Ordinary: New Art from Texas, Contemporary Art Museum, Houston,Texas (2000). Recent group exhibitions include Alternative Currents, The McKinney Avenue Contemporary, Dallas, Texas (2001), Phoenix Triennial 2001, Phoenix Art Museum, Phoenix, AZ. Solo exhibitions include Composition in Black, Dunn and Brown Contemporary, Dallas, Texas (2001), Vault Sequence: Video Projections by Brian Fridge, Art on Site, Inc. Four Walls at Displays Unlimited, Fort Worth, TX.

Carolyn Christov-Bakargiev is an art critic and curator who is interested in the relationship between art, ethics and society and the shifting meanings and relationships between nature/culture, center/periphery and local/international. Christov-Bakargiev has recently been appointed the chief curator of the Castello di Rivoli, the contemporary art museum in Turin, Italy.  She was most recently a senior curator at P.S. 1 Contemporary Art Center.  At P.S. 1, she curated numerous group exhibitions including Some New Minds and Around 1984: A Look at Art in the Eighties, as well as one-person shows including Janet Cardiff, Sol Lewitt, and Georges Adeagbo. Prior to her appointment at P.S.1, she was the co-curator (with Hans Ulrich-Obrist and Laurence Bosse) of the international exhibition La Ville, le Jardin, La Memoire 1998-2000 at the Villa Medici, Rome. Carolyn Christov-Bakargiev is a regular contributor to numerous art publications and catalogues and is the editor of Arte Povera (Phaidon, 1998), a major volume that considerably deepens the discussion around the Arte Povera movement— the late 1960s’ Italian movement toward loosely-formed sculptures or environments made of rustic natural materials. 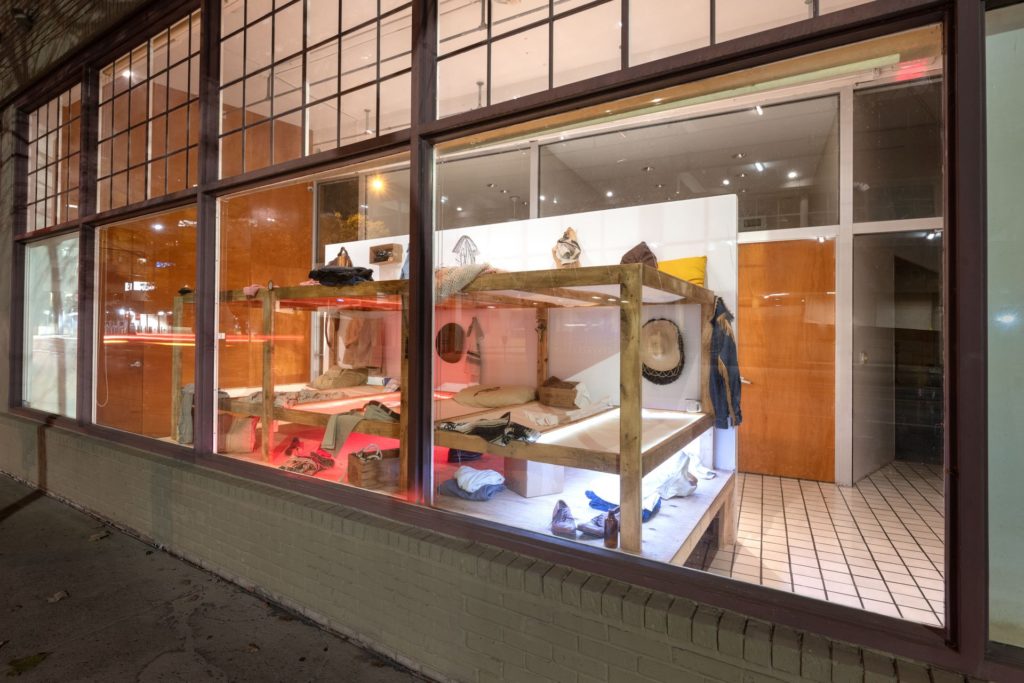 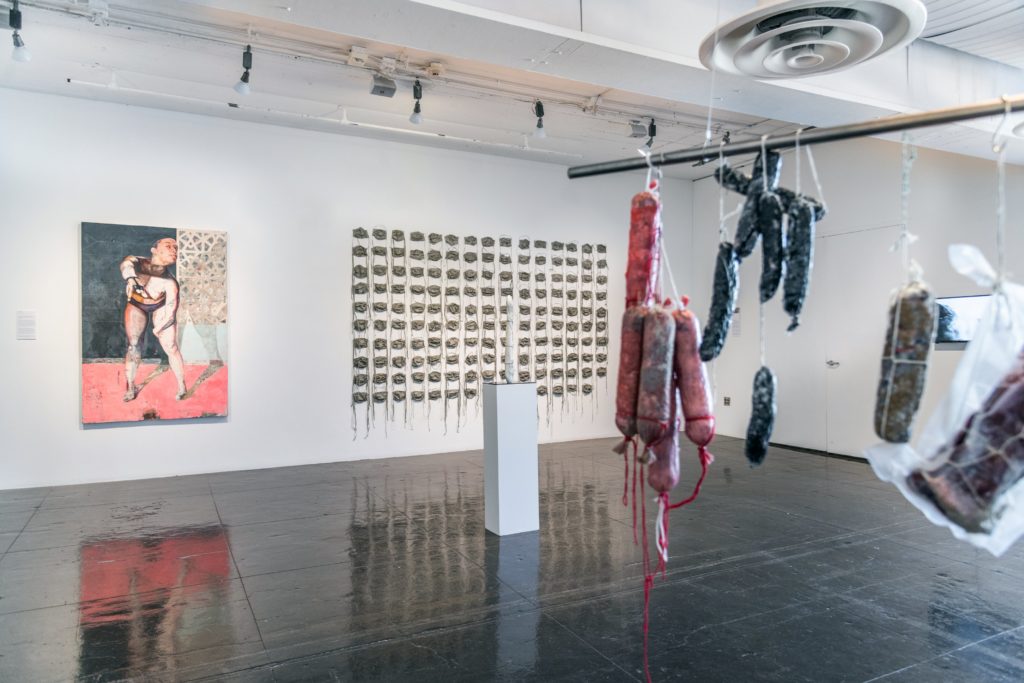 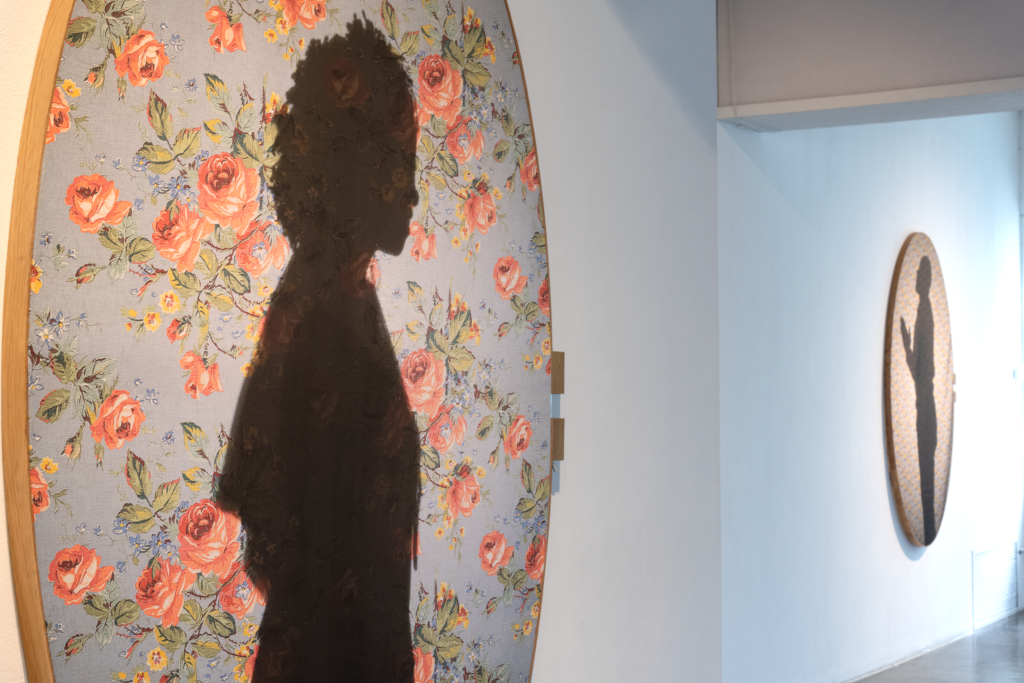