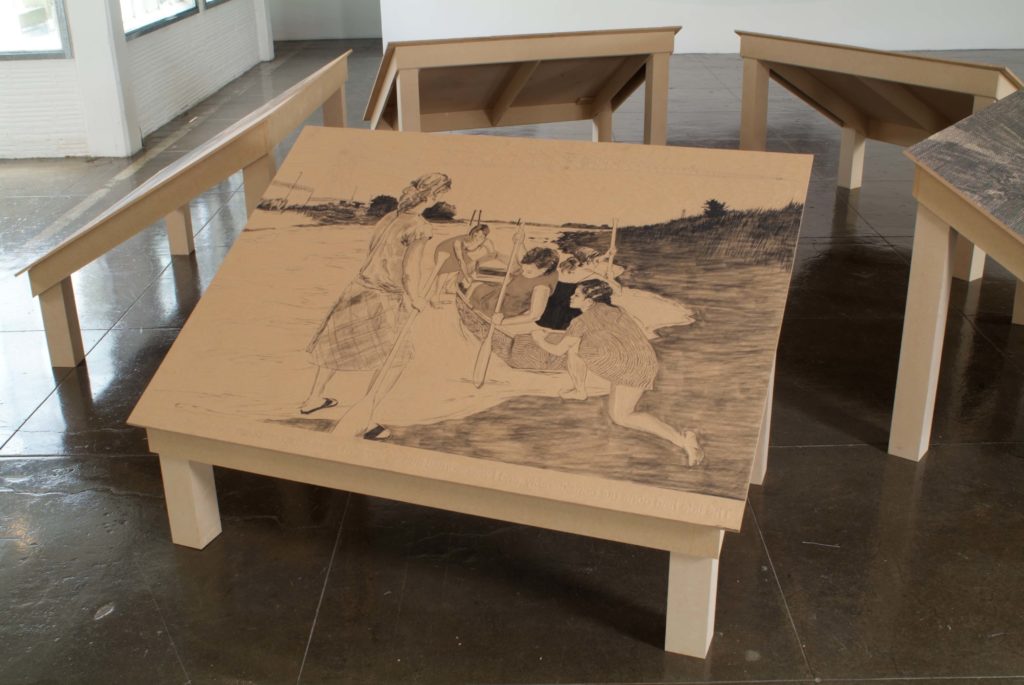 Marie Lorenz’s project at Artpace, Narrative/Memory/Navigation, has given her the first opportunity to integrate her divergent practices into a single installation, albeit one with contrasting elements culled from different histories […] 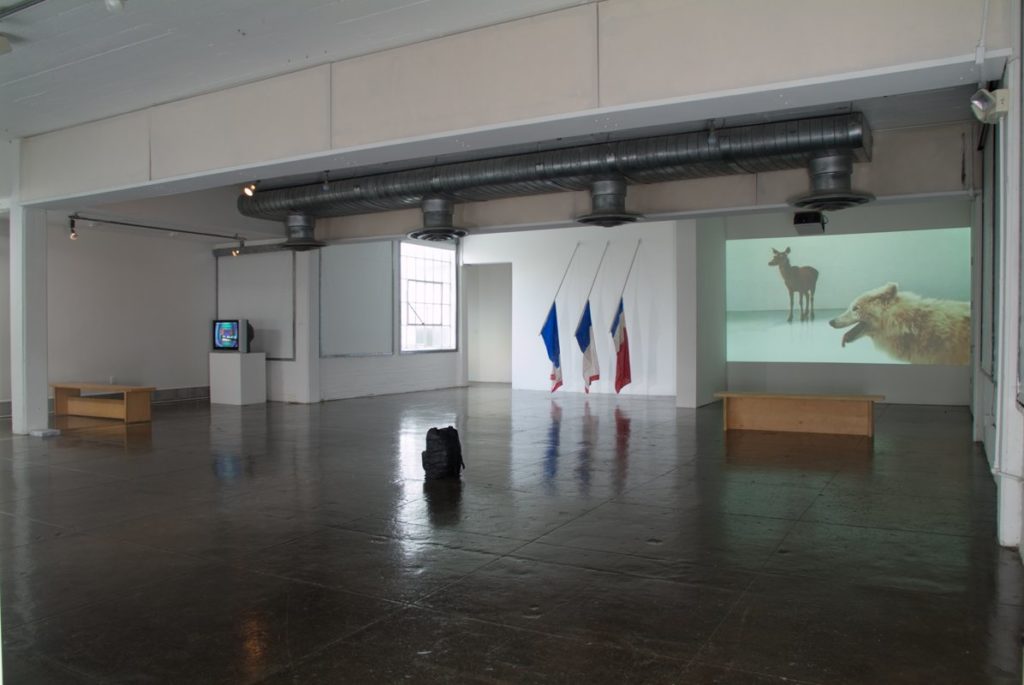 Power Play features videos, photographs, and sculptures by Adel Abdessemed, Mircea Cantor, and Claire Fontaine that propose resistance to traditional power structures. The works were created in the last several […] 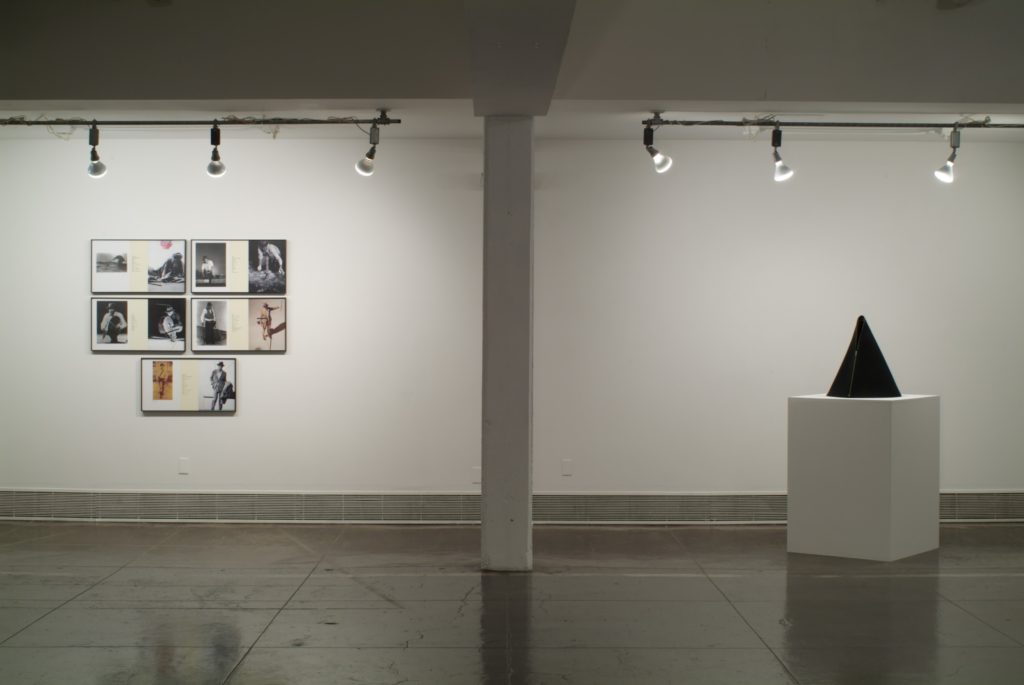 Untitled (beauty) (2006) reflects the human obsession with beauty and body. Made of sponge, the two-foot-square drawing is from a series that capitalizes upon the material’s skin-like qualities and its […] 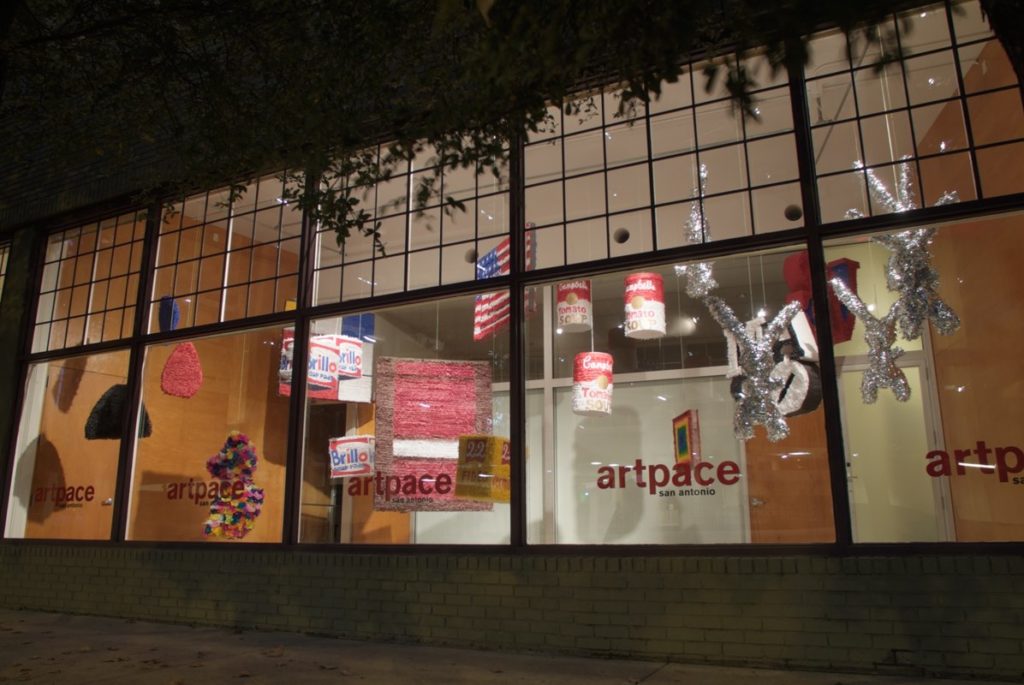 Franco Mondini-Ruiz’s WindowWorks project, Modern Piñatas features a series of hand-made, Paper Mache replicas of seminal paintings and sculptures from the modernist era. The floating piñatas, modeled after works by […] 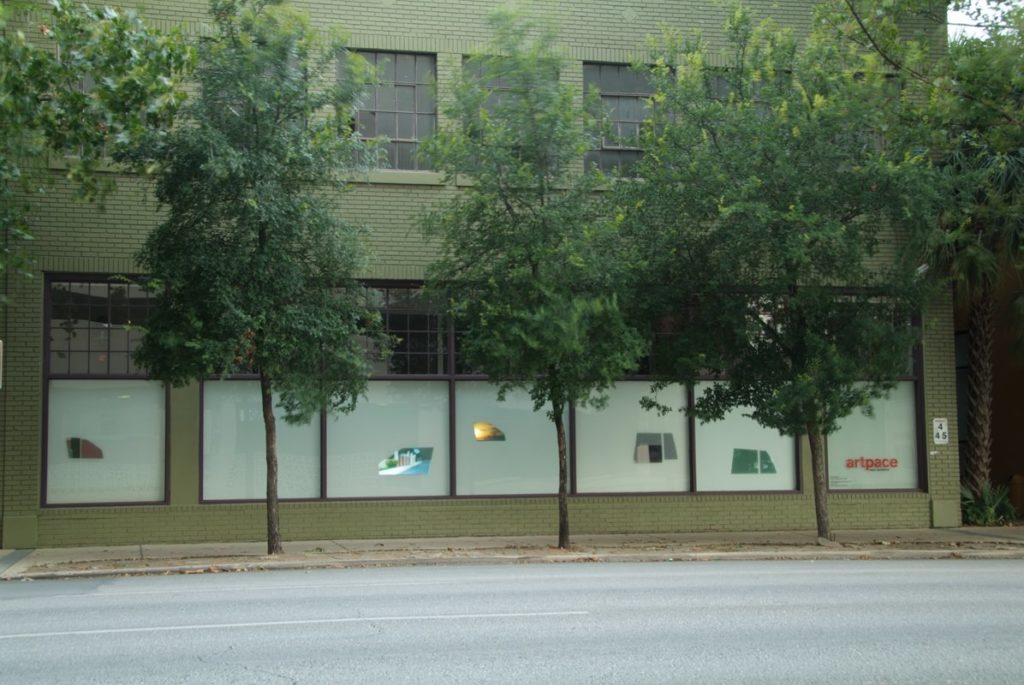 In Drive, Caillouet frosted the window façade of the exhibition space, selectively exposing a series of trapezoidal shapes that represent the profile of car windows. Viewed only from the exterior […] 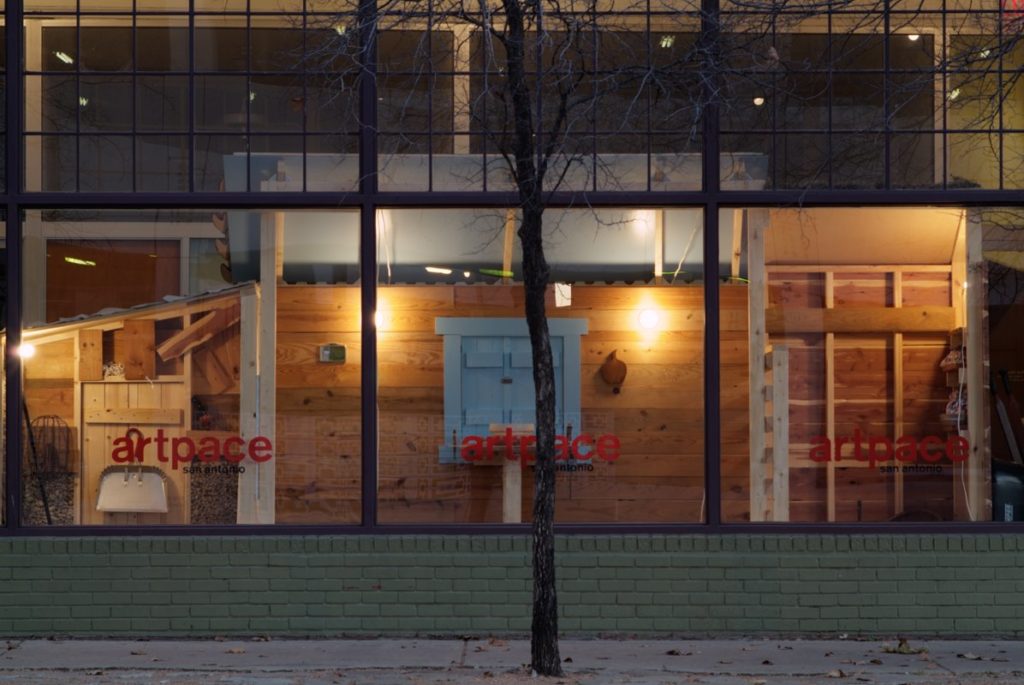 Randy Wallace’s two-part WindowWorks exhibition projects both promise and warning. Existence is Fertile: Unsettlement draws on the frightening side of fairy tales. Against Artpace’s windows the artist has built half […] 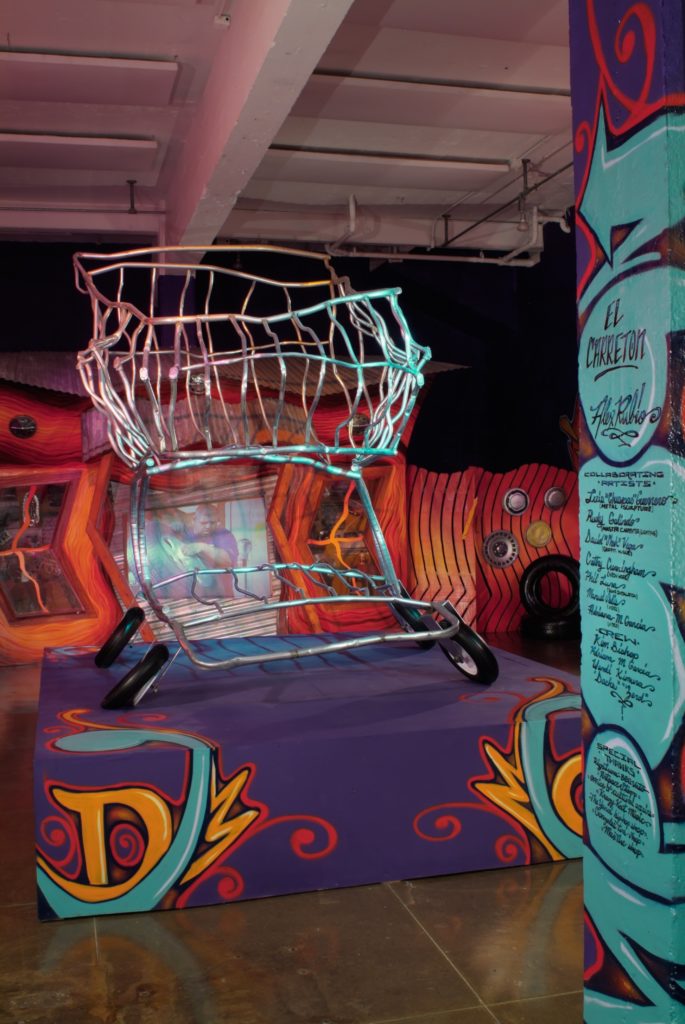 Rubio’s Artpace exhibition, El Carreton (The Cart), reflects his interest in collaboration and community effort. Further expanding on the artist’s undulating, vibrant aesthetic, the installation is Rubio’s first exploration in […] 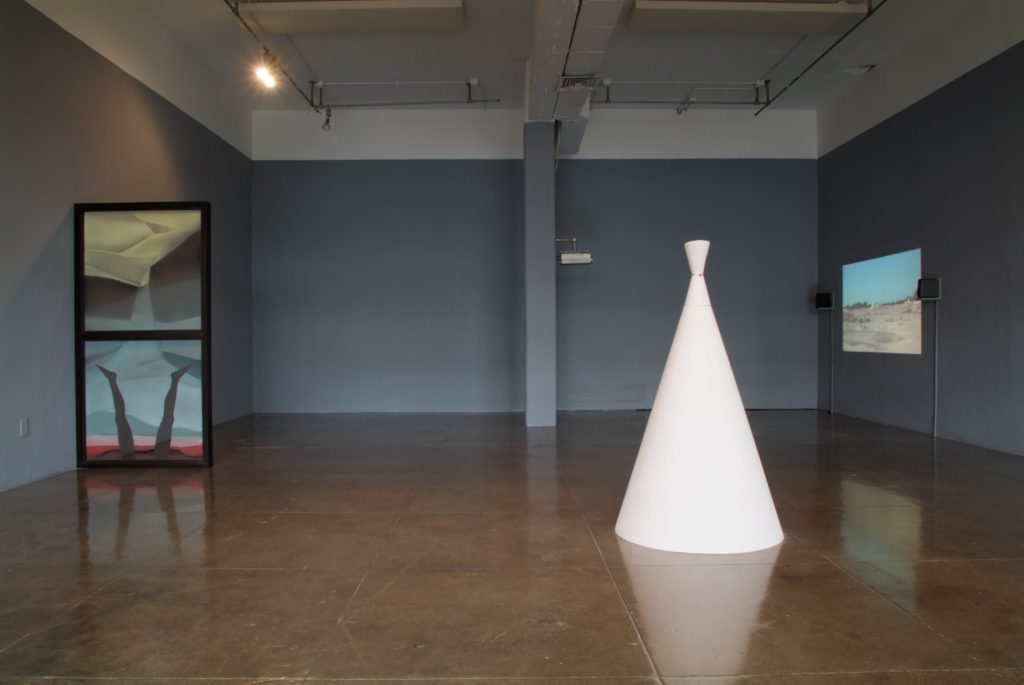 Evans’s Artpace project hinges on the battle between individual freedom and collective responsibility. The artist frames this debate around Peter Weiss’s play Marat/Sade (1963). Set in an asylum in the […] 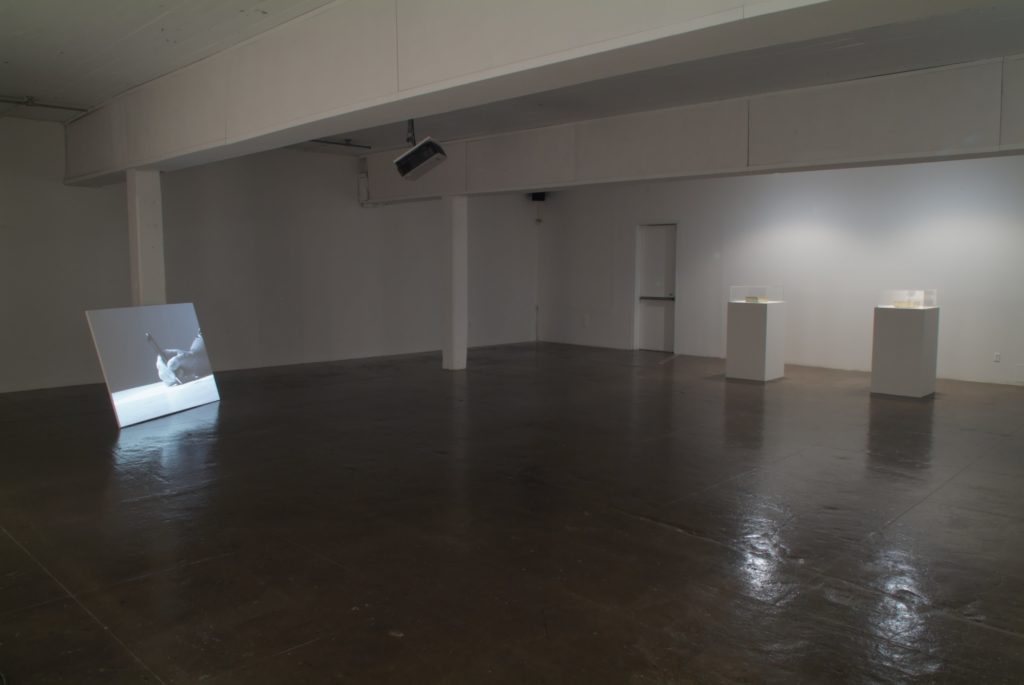 Buckingham’s exhibition Half Remembered brings together four disparate projects to examine questions of time and language. The silent black-and-white video projection Within the Sound of Your Voice shows dozens of […] 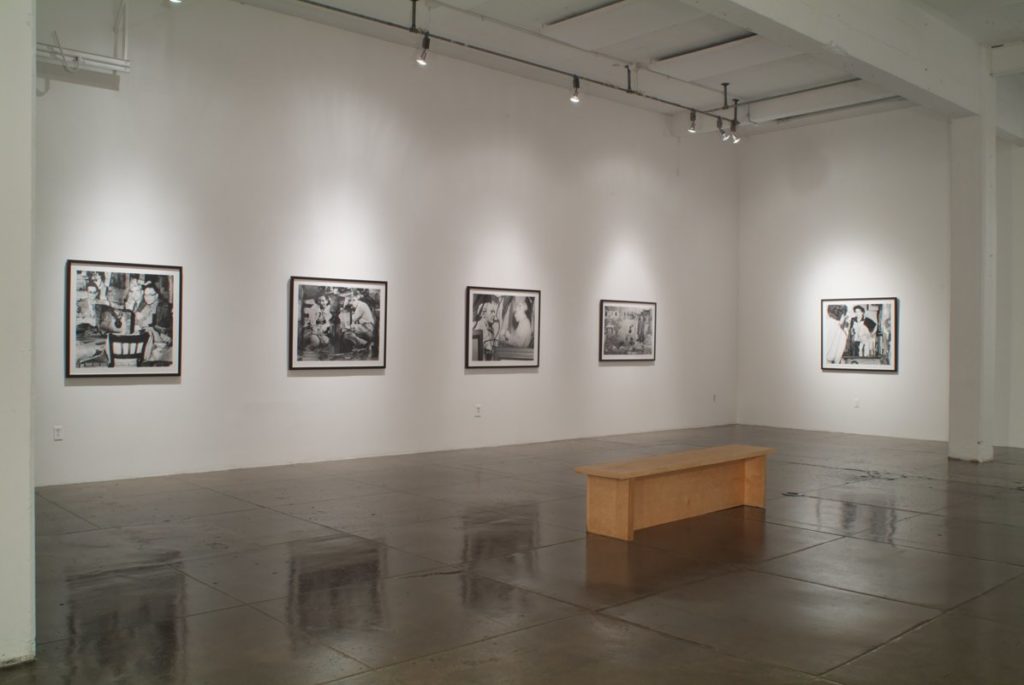 Restless is a series of ten gelatin silver photographs based on the life of Muñoz Ordoqui’s grandfather, a Cuban exile. The artist draws upon images from his family’s archives, […] 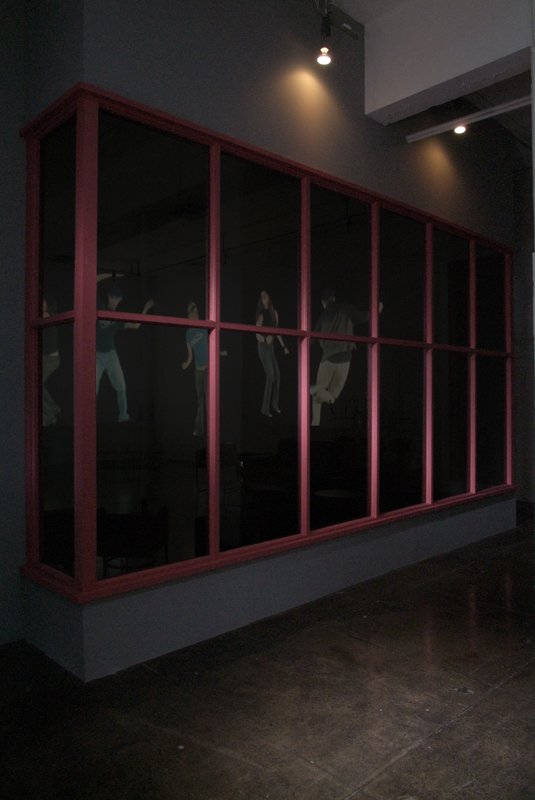 Lorraine O’Grady’s Persistent, co-produced by Jay Lopez, is a eulogy to the recently closed Davenport Lounge in San Antonio and the culture it came to embody. The imposing installation, with […] 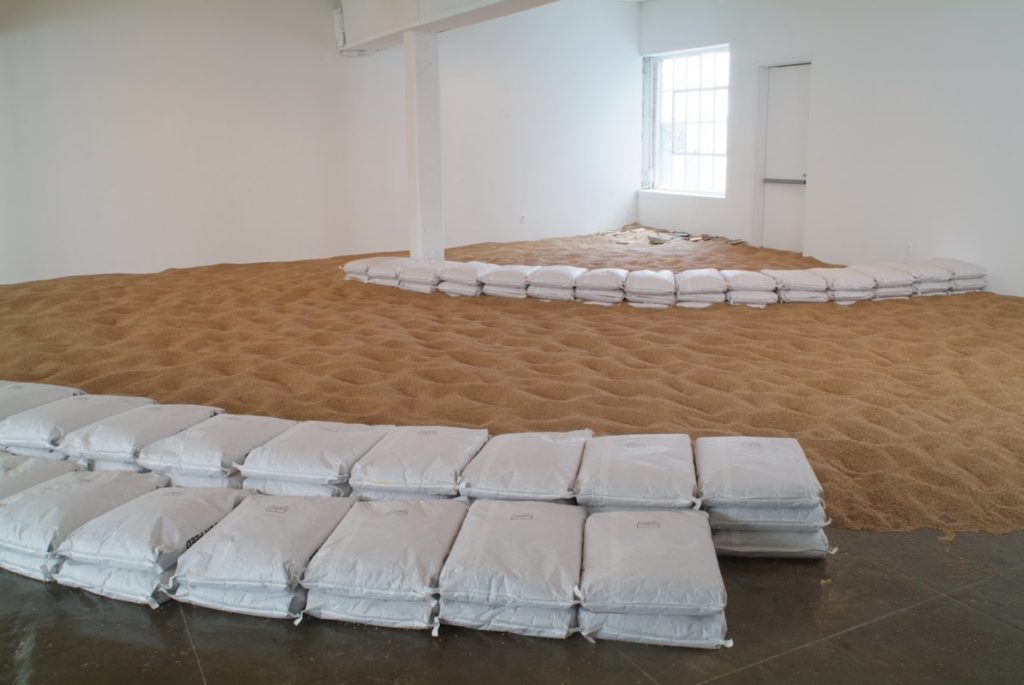 In Library, Arienti has transformed the gallery into an interactive architectural landscape. The site, flanked by rows of stacked feed bags, is composed of 400 bushels of wheat seed and […]