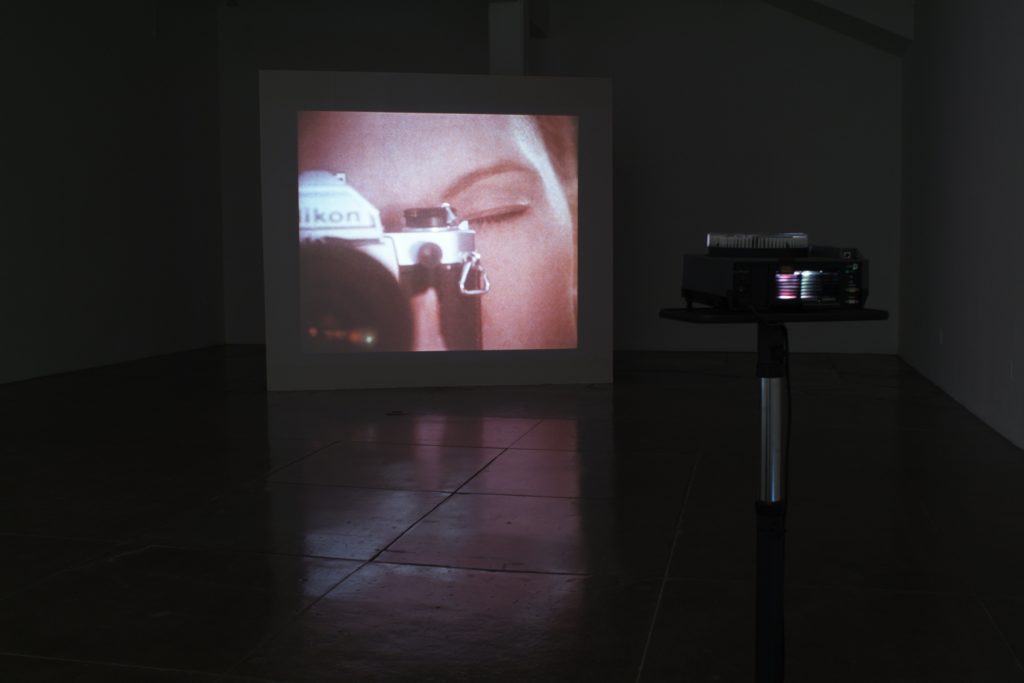 For her installation at Artpace, Woman With A Camera (35mm), Anne Collier created a durational slide projection piece featuring frames from the 1978 film Eyes of Laura Mars. The artist […] 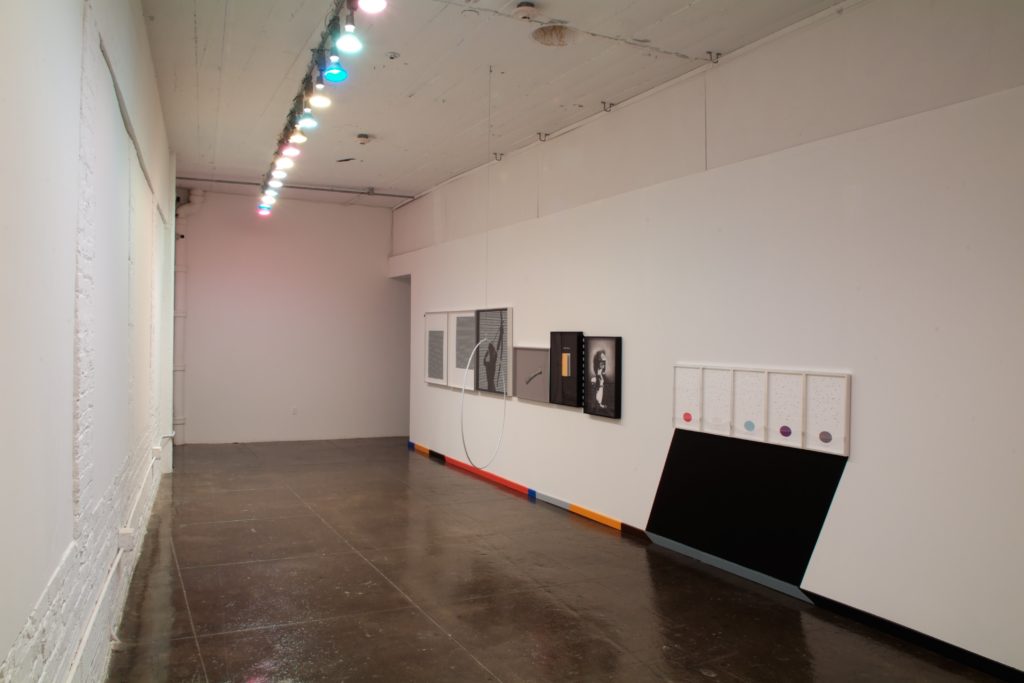 For his project at Artpace, Tomaszewski has created WHEN LOVE TURNS WITH A LITTLE INDULGENCE TO INDIFFERENCE OR DISGUST (WHEN), an installation that incorporates several bodies of work. The gallery […]

The Golden Space City of God 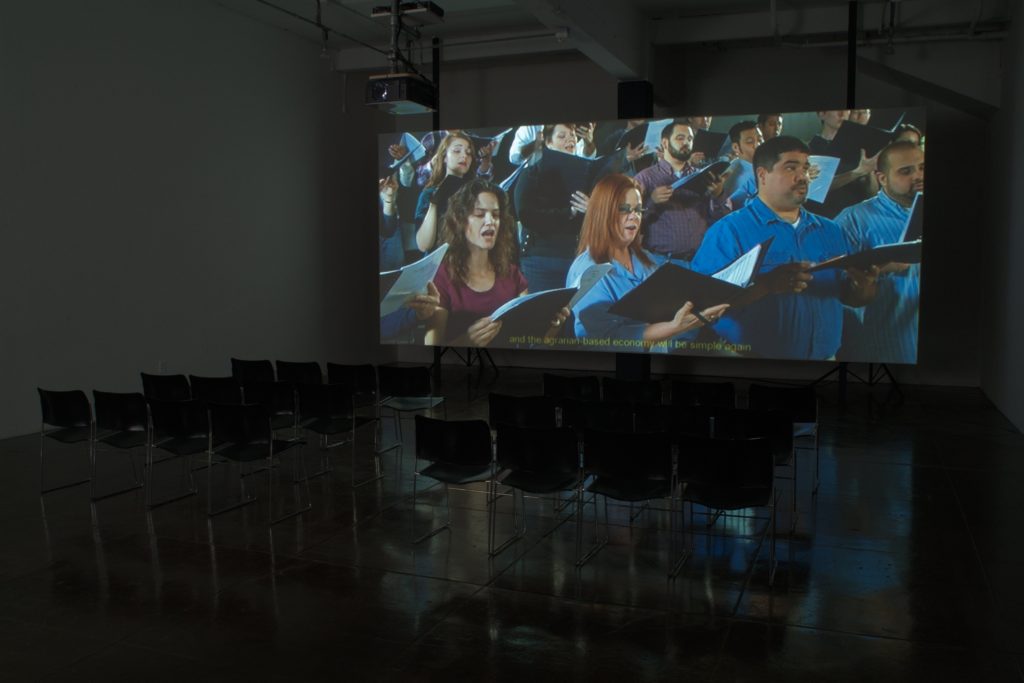 Grayson’s Artpace exhibition, The Golden Space City of God, is a high-definition immersive video installation featuring footage of a choral performance. The lyrics, with an oratorio written by composer Leo […] 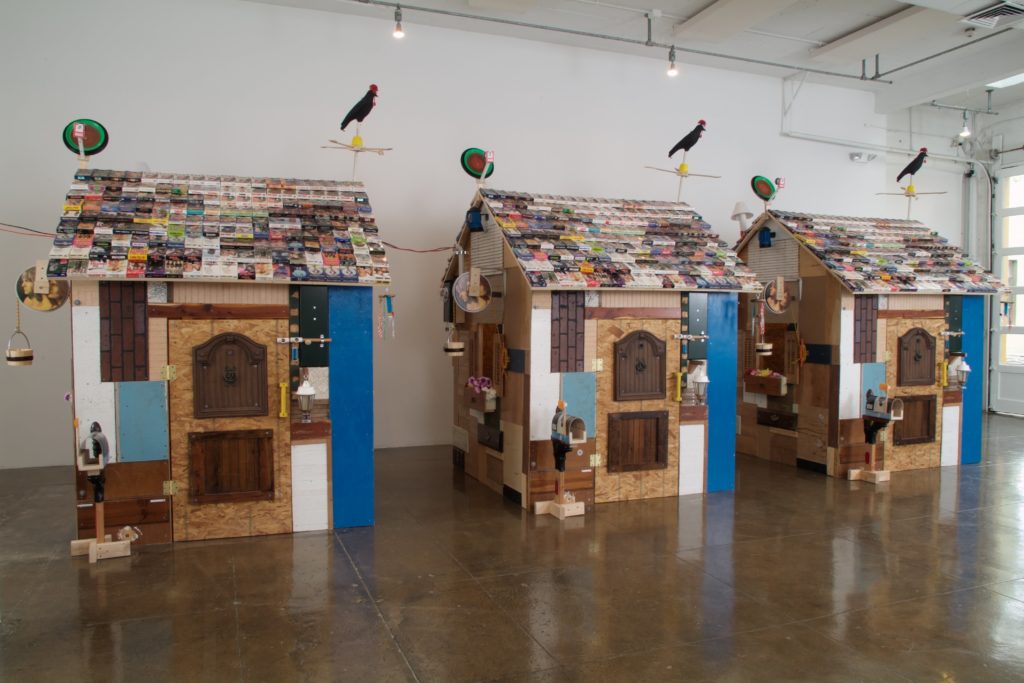 Allen’s Housing Edition comprises a constellation of three identical miniature houses and a triptych titled Stillwater Shanty. Through repetition and the use of recycled material, the artist questions the nature […]

Battle of the Buddha 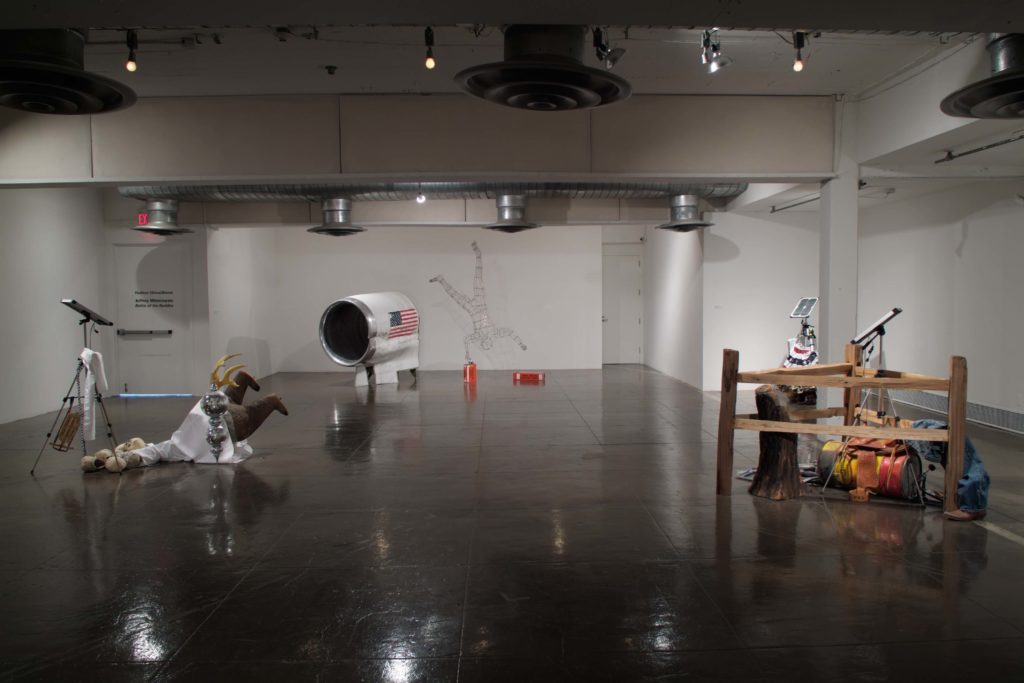 In Battle of the Buddha, Wisniewski questions the sustainability of traditional national identities by underscoring the internal conflict brought on by globalization. The artist illustrates the economic tension in China […] 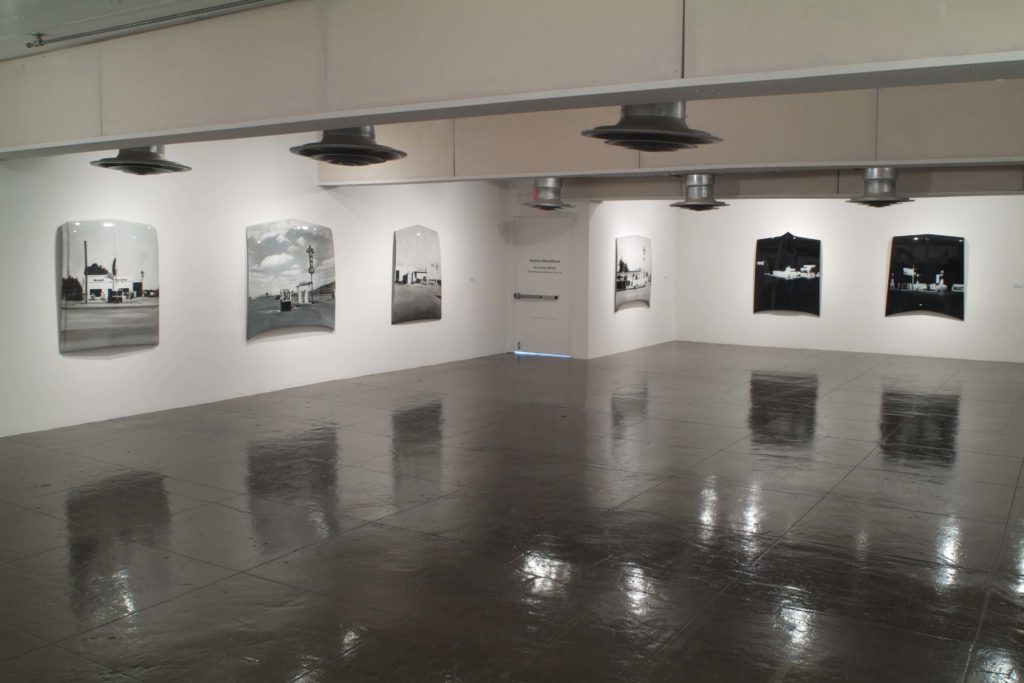 The World Stage: Africa, Lagos ~ Dakar, organized by The Studio Museum in Harlem, comprises ten paintings (nine are on view at Artpace) made following the artist’s stay in […] 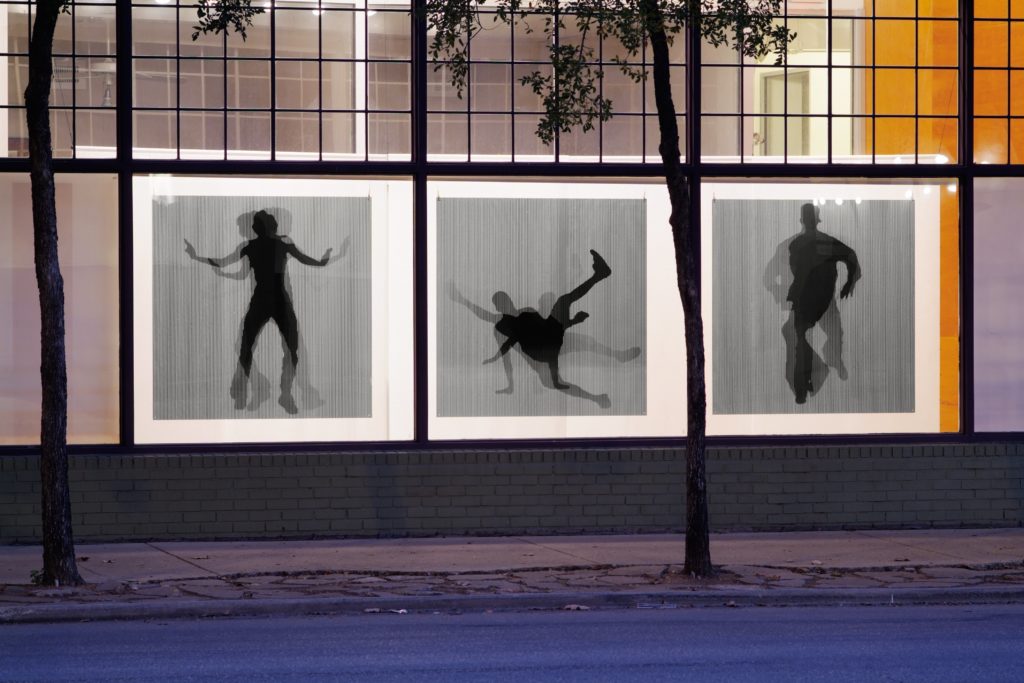 Pigeons bob their heads up and down to gain depth perception. This deliberate movement of the head or body to achieve different views is known as motion parallax. By analyzing […] 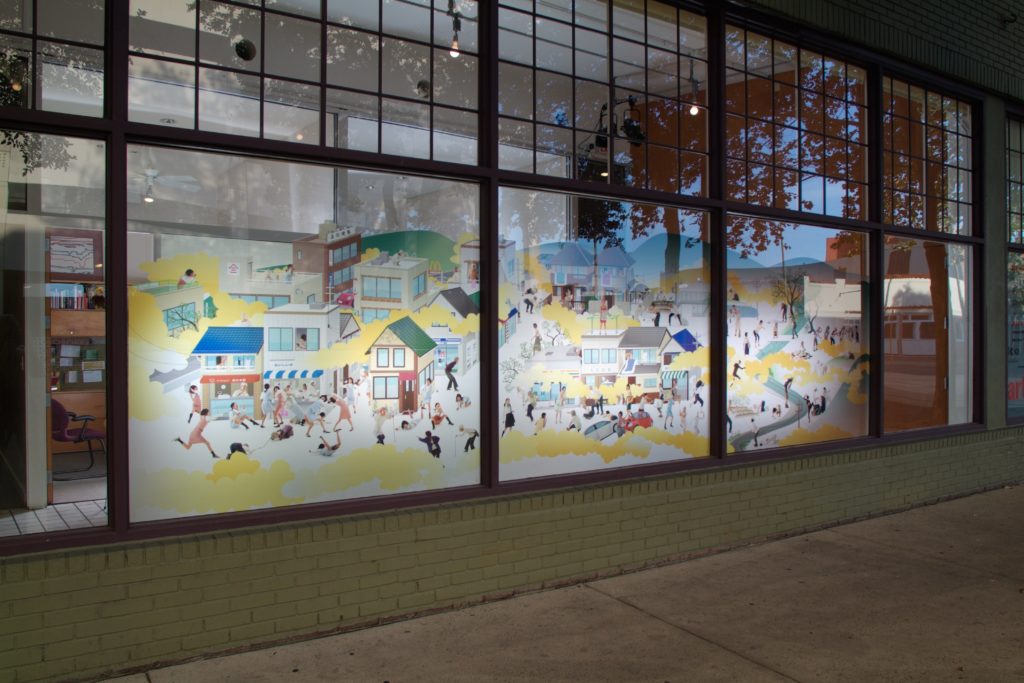 Kato’s WindowWorks exhibition, One Afternoon, is a frosted film photographic collage combining illustrative landscape with photographs of the artist. The cartoon-esque setting is typical of urban areas in Japan, and […] 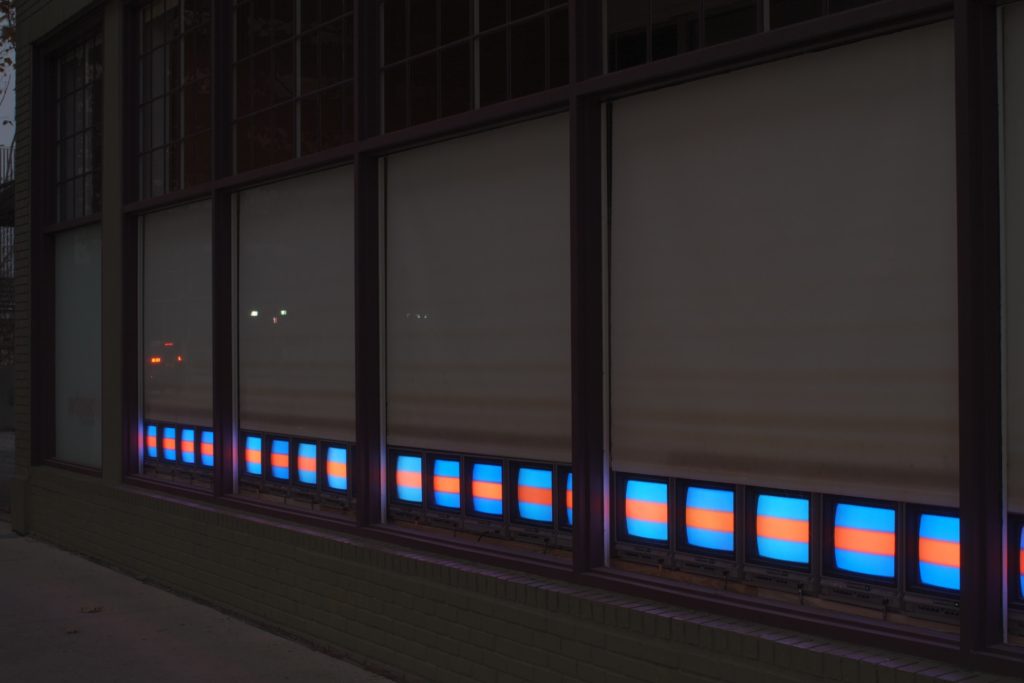 For his WindowWorks exhibition, Horizontal XXV, Bork presents 25 ’80s-era Commodore™ computer monitors. The symmetrically placed screens feature a series of fluctuating bands of color that combine to create a […]

For his exhibition at Artpace, Silver and Blacks, Mario Ybarra, Jr. created a series of monochromatic works on paper constrained by a self-imposed set of rules. The artist chose to […] 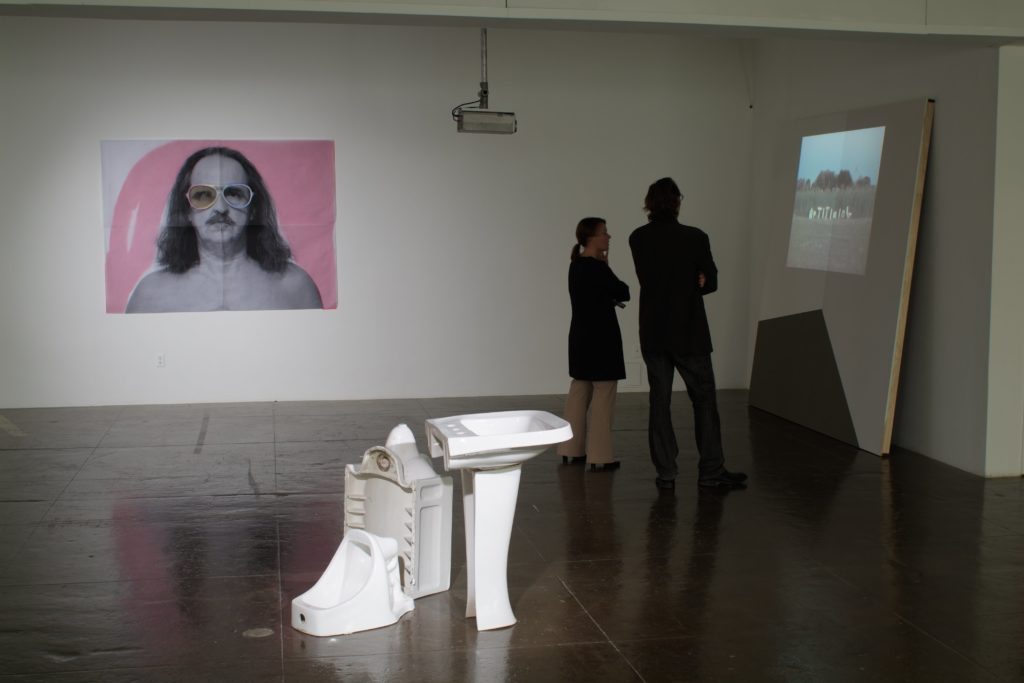 Adriana Lara’s Artpace exhibition, Artificial, explores concepts related to the making of art. Lara believes that art in everyday life is more ordinary and present, rather than something rare and […]