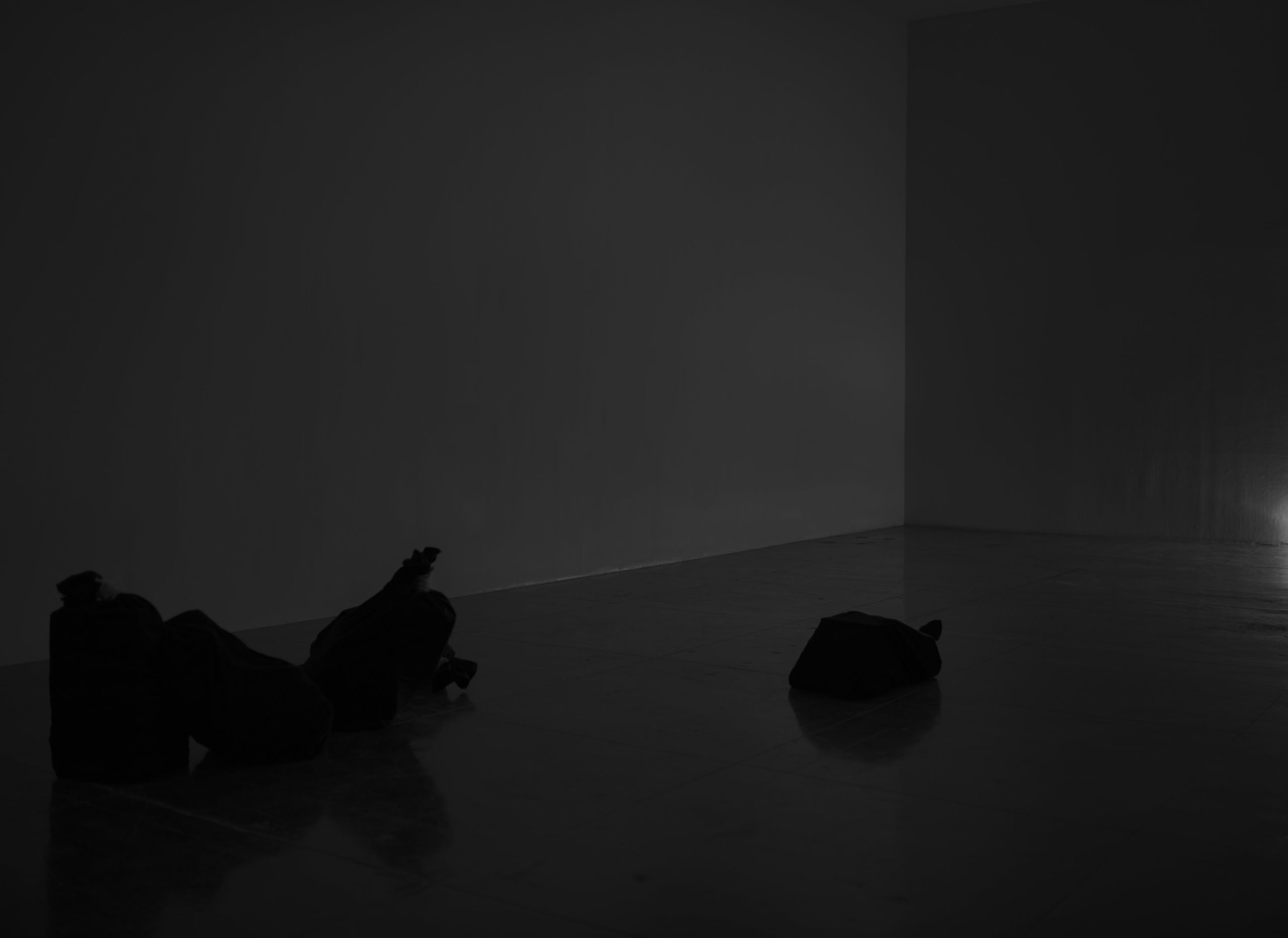 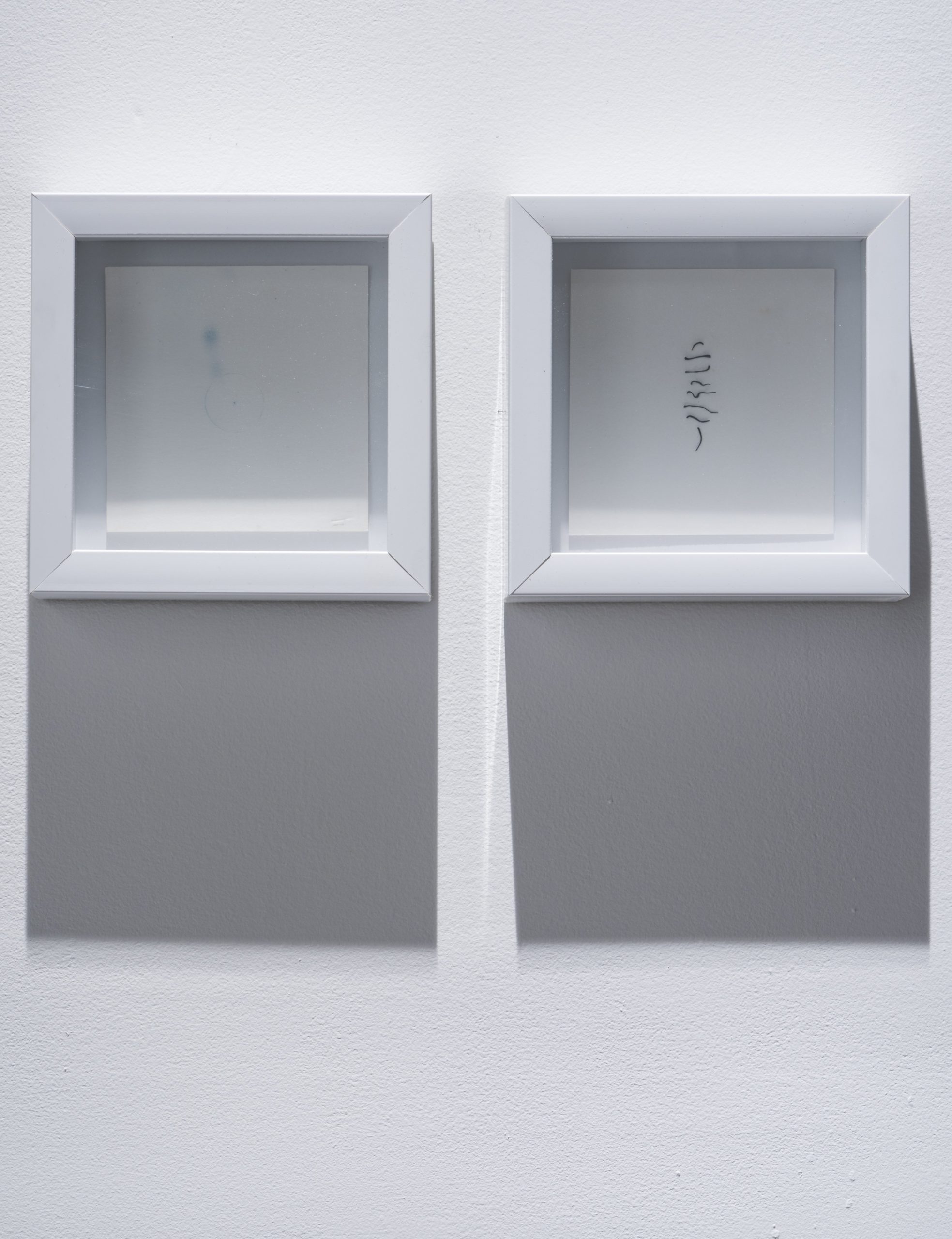 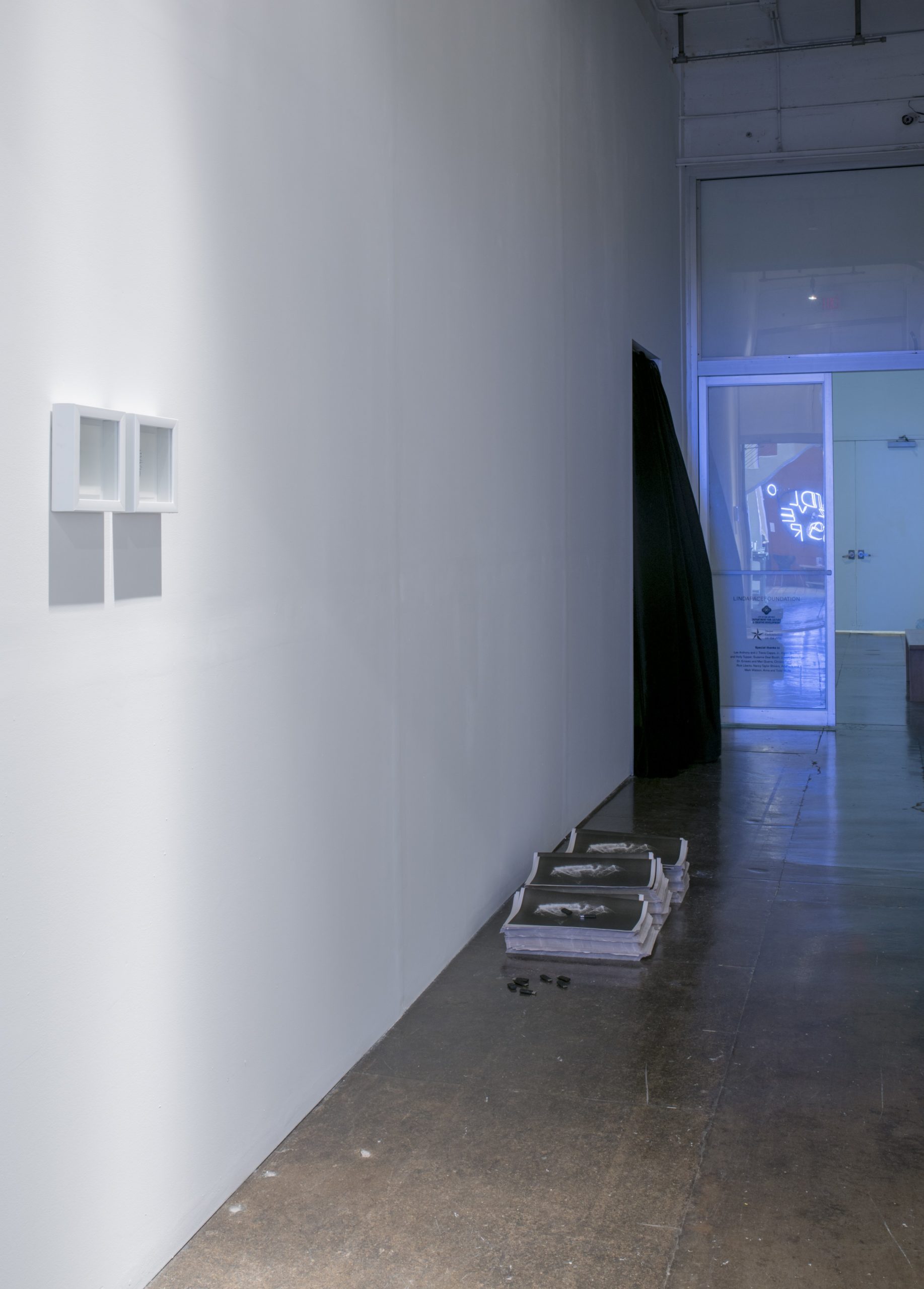 Dark After Art, 2017Source: NIKON D810
If we do not own the freshness of the air and the
sparkle of the water, how can you buy them?
This shining water that moves in the streams and rivers
is not just water but the blood of our ancestors.
The water’s murmur is the voice of my father’s father.
NOAH SEALTH 1854

Over more than five years, artist Rolando López has carried out an extradisciplinary investigation(1) which attempts to reveal the past that shapes him. This task entails reviewing the recent past of his hometown, a small city in the center of Mexico named Aguascalientes.

The history of the place carries the shock of “modernity” invading its quiet scenery. This shock is defined by the arrival of a wealthy family with a last name that is unpronounceable to the locals: Guggenheim.

In 1894, the “Great Central Mexican Foundry” was erected at the edge of the little town, an enterprise owned by Solomon R. Guggenheim. Along with the steel plant, which mainly smelted copper and lead, train tracks were installed connecting his mines in the counties Real de Asientos and Tepezala. The tracks connected them to each other as well as to strategic points in the northern part of the state, allowing for export to the United States.

The “great” foundry lasted only 30 years, enough time to overexploit the place’s natural resources and its workers, and left a perpetual legacy of thousands of tons of toxic industrial waste that were abandoned on the soil and remain there to this day.

A small story from a small town, which like many others throughout the world suffers (sickness and death) for the arrogance of man, which grows with the desire for development and progress that modernity demands.

Considering these events, López wonders what to do with himself and his circumstances: what to do with what others have done to him? He understands clearly that his close relationship with the last name Guggenheim establishes a well-defined pattern with art history, and therefore with the way art is funded. López decides to build a museum upon the toxic wasteland, one which emulates the institutional strategies of its kin, the first-world Guggenheim museums.

Some of the strategies this museum emulates include having a collection (thousands of debris stones,) an exhibition program, an educational program and a research support program. The museum is an institution created with the goal of having a greater impact within the systemic logic of the art world; in other words, by being an institution it can better influence the ways in which what we call art has been developed to this day (artistic production as a system of cultural production.)

As part of its research support program, the museum has long-range investigations about musical instruments that are linked to indigenous cultures (such as the “chapareke” from Aguascalientes) and about encountering the vast knowledge that can be obtained when connecting with master artisans (potters) that work with clay in Real de Asientos.

López’s exhibition at Artpace is the result of a long process of investigation, which is shown in stages. He shows us the result of his research around the qualities of his main work material: waste.

He builds metaphors of his reality using minuscule elements, such as flies, dirt and reflections. He has fashioned five life-size fly sculptures (1:1 scale) made out of toxic waste, fly wings, clay and his own blood. These are named Nemontemi, after the five days outside of time that his ancestors devised which don’t fit in their annual calendar. He renders invisible dozens of books about mesoamerican cultures that were rescued from an old book store, placing them inside black bags that represent “sacred bundles”(2). The artist will take the books inside these bags back with him to Mexico, and with them will start the Guggenhem Aguascalientes Museum Library, which will be installed in spaces relevant to their study.

As part of the exhibition, he is giving away a catalog which shows a small part of the reflections that López has documented from the interaction between a polished piece of waste-stone and a small halo of sunlight, which he lets in through a hole in a tent that the artist uses as a solar observatory. Since it is mobile, this observatory is taken to the sites of former Guggenheim foundries around the world, following the trail of the systemic suffering the Guggenheim industries created, are creating and will continue to create. Alongside the catalog is a USB drive that contains the audio of a performance that López carried out as part of his residency in San Antonio. The performance consisted of generating guttural poetry to accompany the sounds of the thousands of Mexican Freetail bats that live under one of many bridges in the city; spaces that render people and situations invisible. This performance is the beginning of a new series of work named “Dark After Art,” specially dedicated to the study of sound as a meaning-producing tool.

You must teach your children that the ground
beneath their feet is the ashes of our grandfathers.
So that they will respect the land, tell your children
that the earth is rich with the lives of our kin. Teach
your children what we have taught our children,
that the earth is our mother. Whatever befalls the earth
befalls the sons of the earth. Man did not weave the web of life,
he is merely a strand in it. Whatever he does to the web, he does to himself.
Letter of Chief NOAH SEALTH 1854 to president Franklin Pierce. 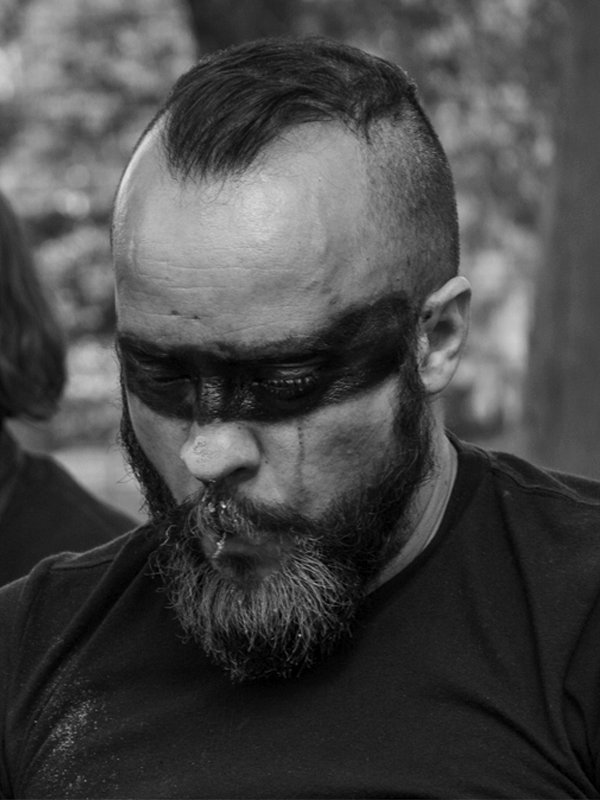 In places where the painful stories remain hidden, remember and articulate the memory can be an act of politic resistance. Mary Jane Jacob
Hence the reason why I am interested in revisiting history as a means of understanding current times, as a means of comprehending the reality I live in and I am part of, aiming at defining the future.
The One event, out of the intricate weave defining my reality that has drawn my attention most particularly is also one whose importance has been diminished through the years in people’s memory, despite the strong evidence of its existence and the proportion of its implications as a symbol of the ferocious arrival of modern times.
Towards 1895, the Grand Central National Foundry is settled in Aguascalientes, Mexico. Dedicated to the processing of cooper and lead extracted from mines in the towns of Tepezala and Asientos, this foundry was presented by the government as a beacon of progress for this small city, therefore concessions and exemptions were granted, aiming at producing profits for a town full of people willing to work and find wellbeing. 30 years were just about enough for the complete depletion of the resources the company was interested in, which brought about abandonment.
Tepezalá is now just a collection of piles of pebbles and stones under which people still live. There are still Industrial residues that for many of the inhabitants of Aguascalientes have just always been a part of the landscape, a perennial presence. In the world, there are 4 renowned museums holding the same last name, venues that represent that transition from hope to disappointment: Guggenheim. 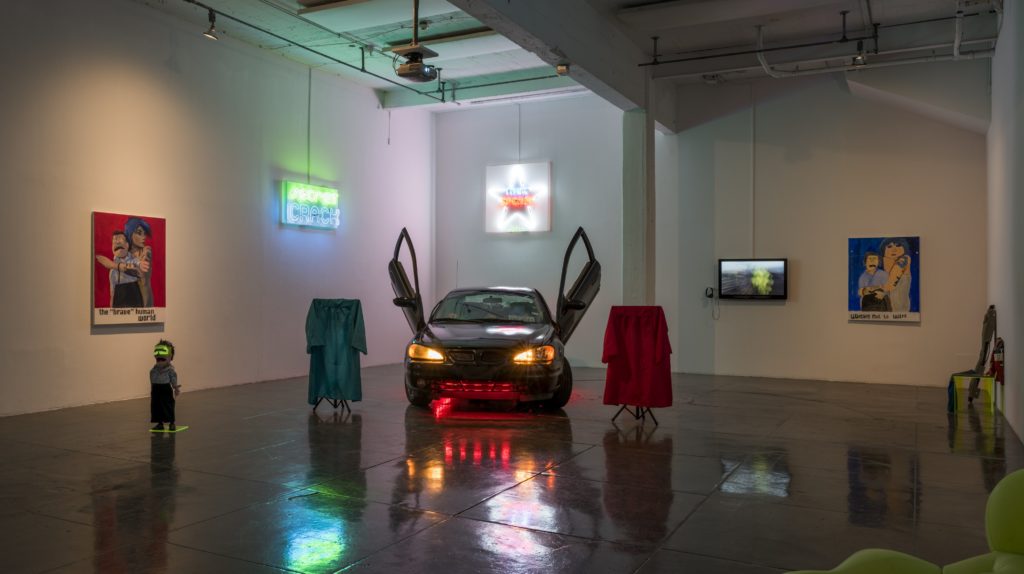 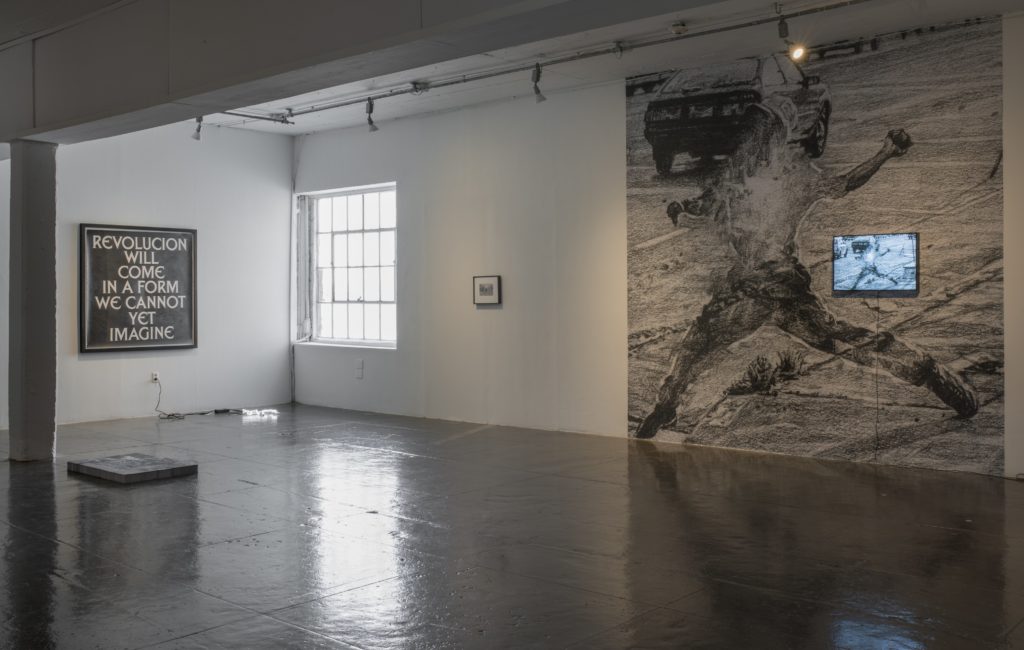