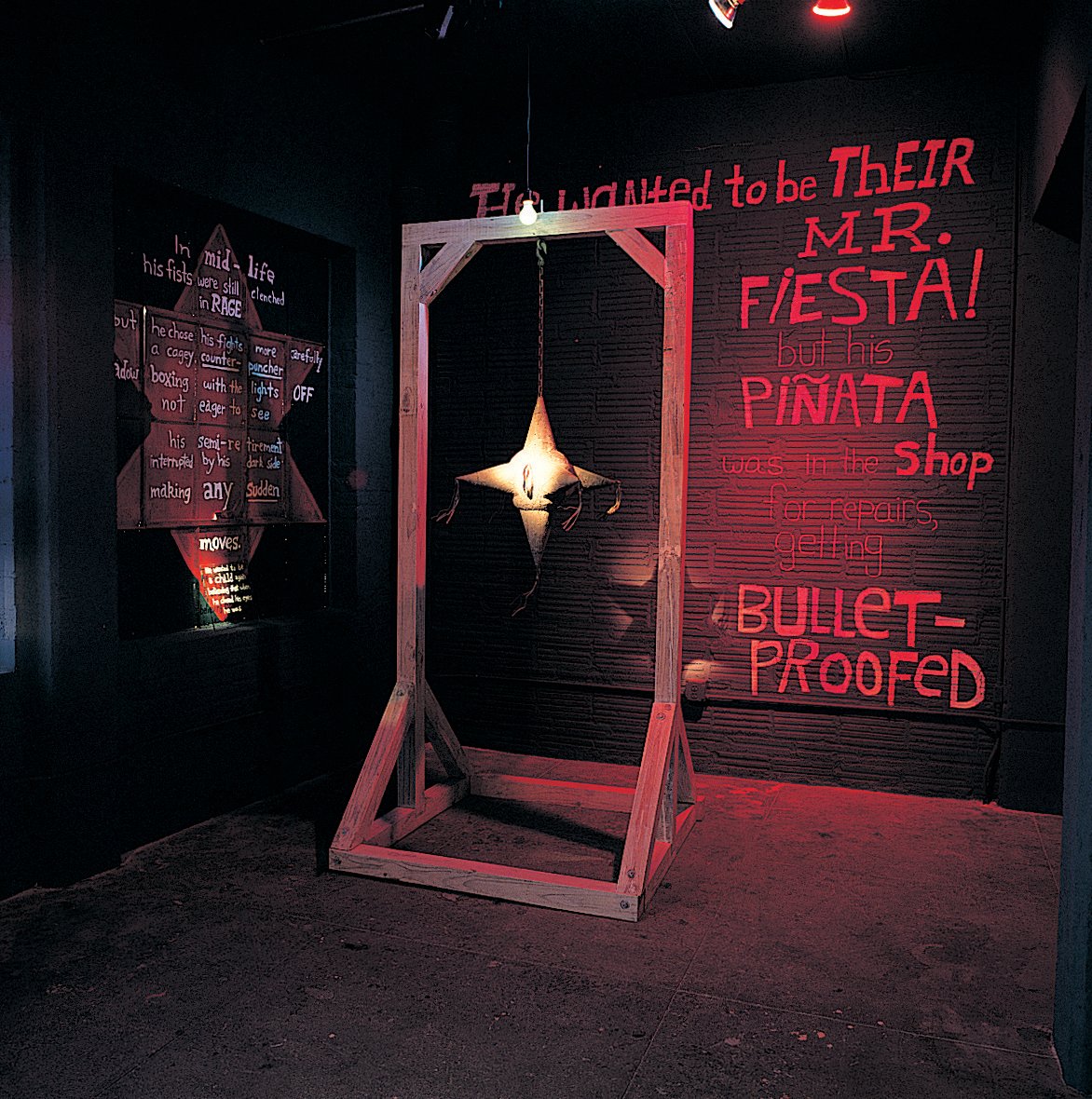 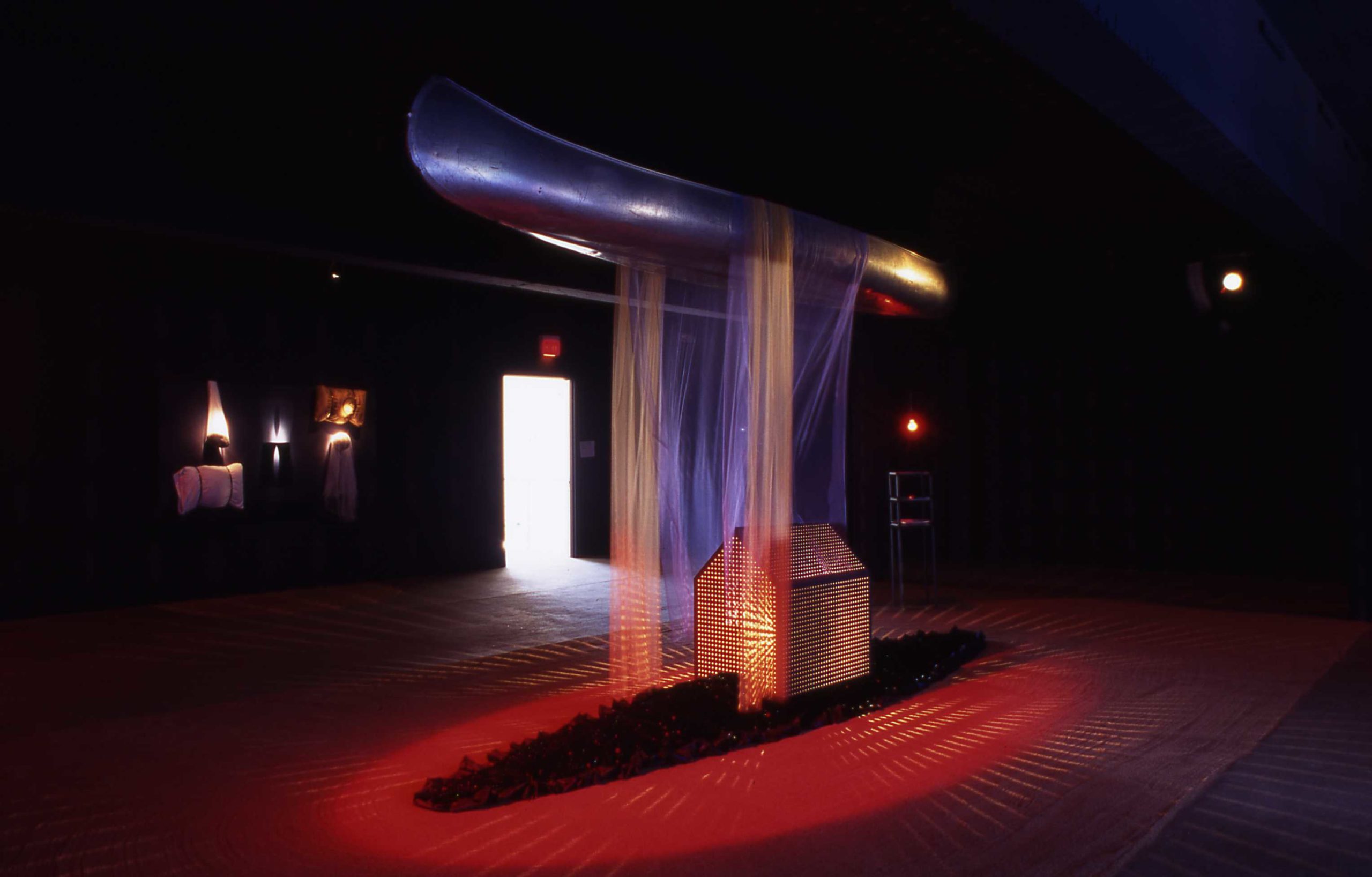 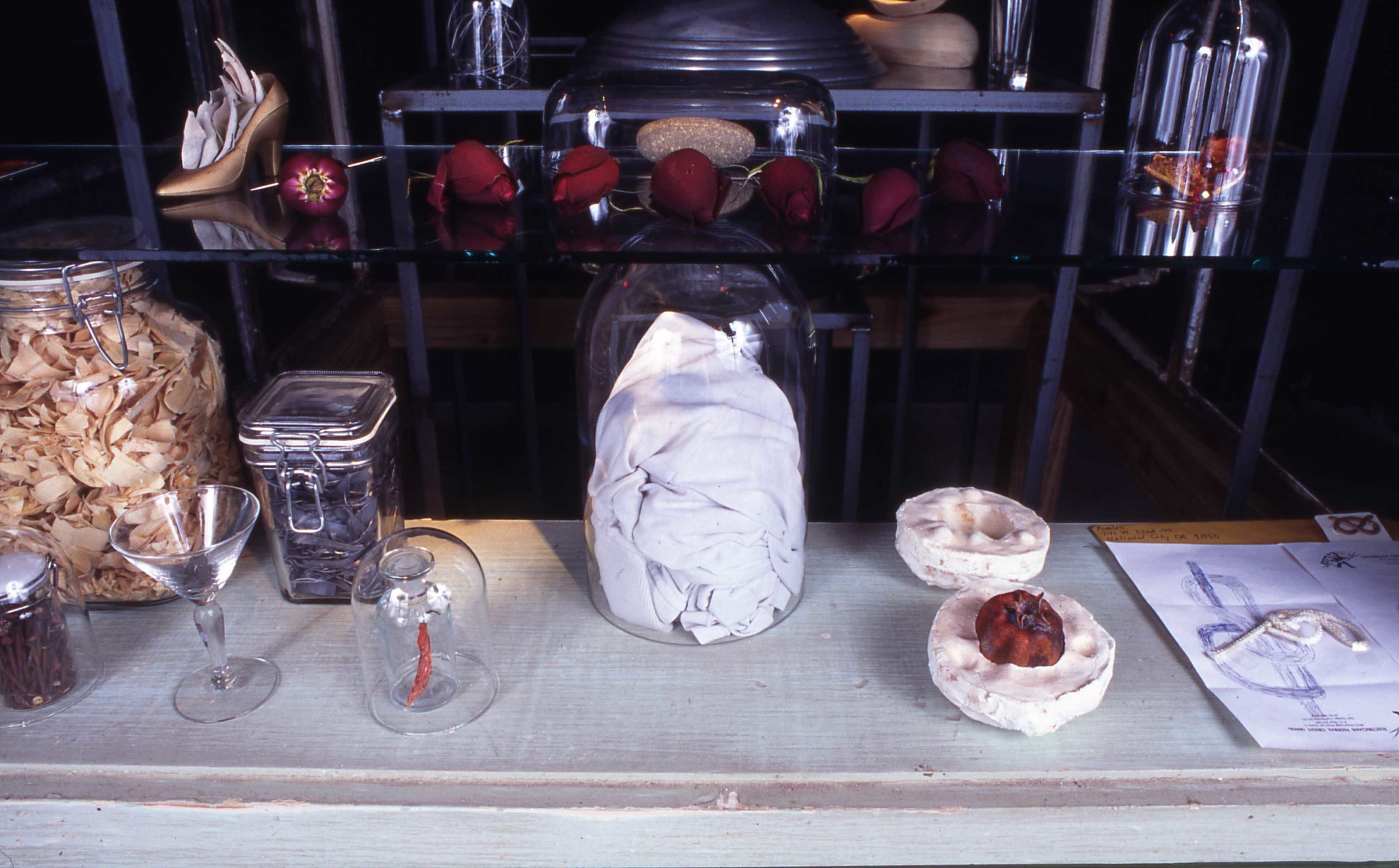 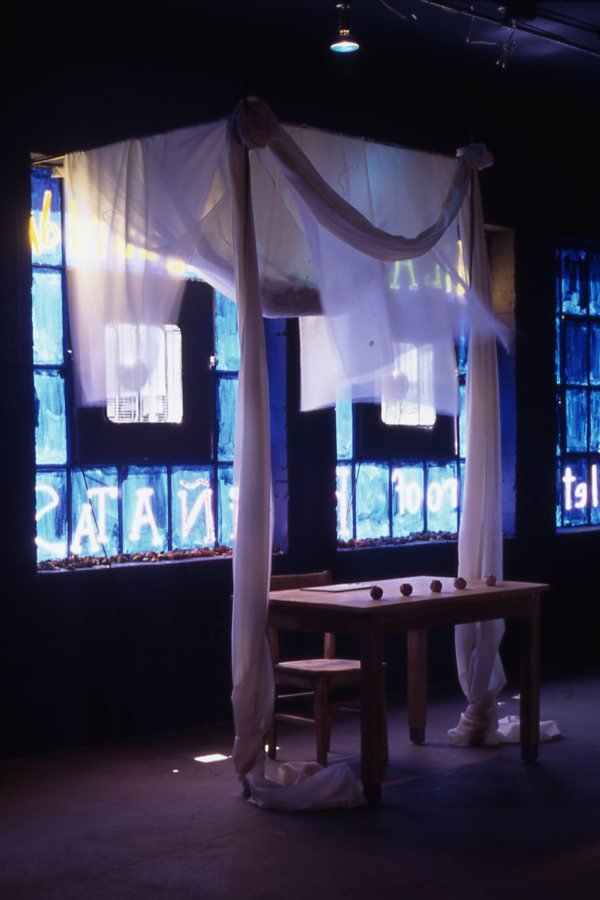 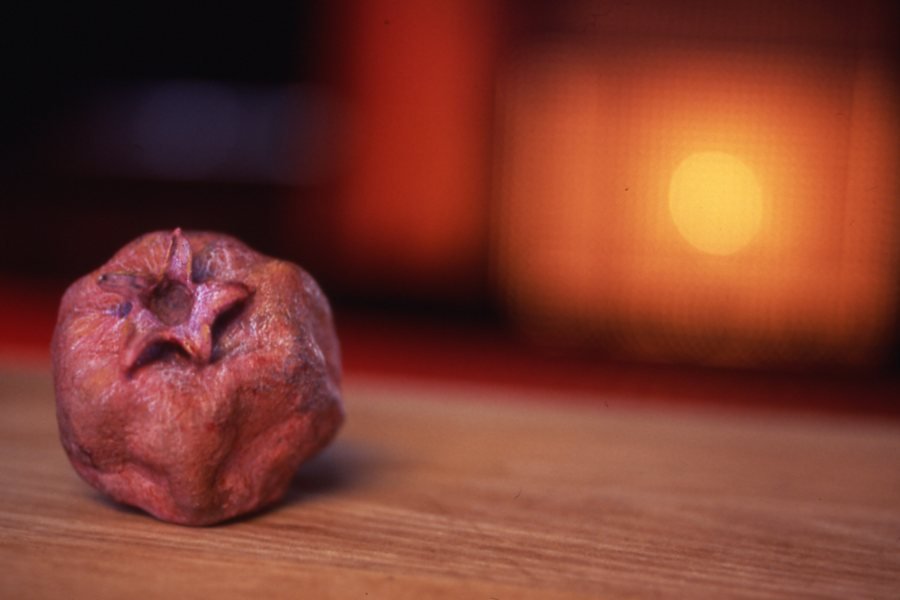 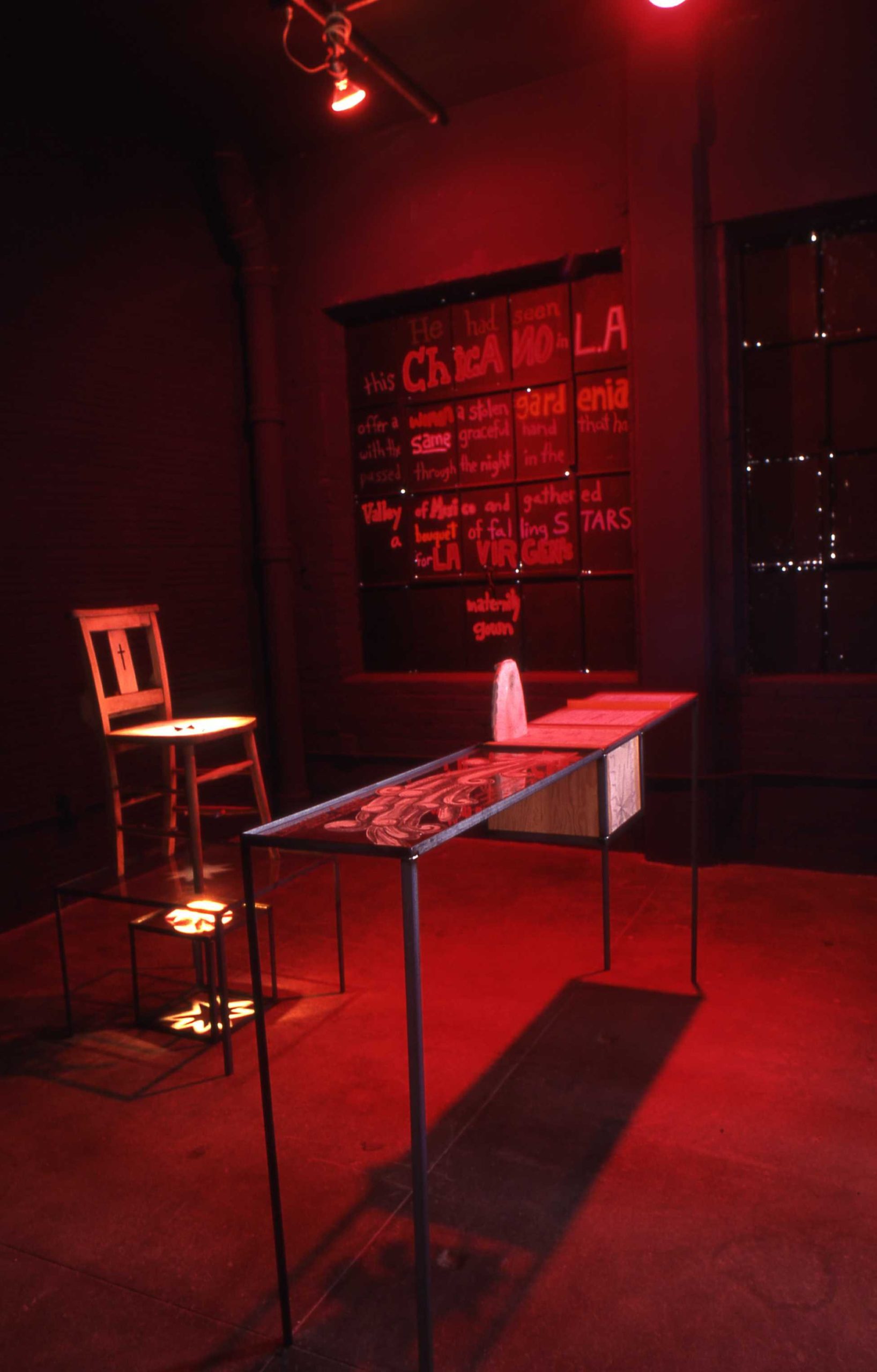 An interview with David Avalos by Annette DiMeo Carlozzi

ADC: David, can you tell me if spending time and doing work in San Antonio has measured up to your expectations, and, if not, what are the surprises and opportunities that you are finding here instead?

DA: Well, I am finding surprises. My wife, Veronica Enrique, comes from San Antonio, so I have long known it for personal reasons, and I was aware of the city’s larger, political impact on Chicano communities throughout the southwest, through groups like the Southwest Voter Registration Education Project, Headquartered here and run by a man named Willy Velasquez. But in terms of art, San Antonio wasn’t a town that I thought much about until I was nominated for consideration for a residency here at Artpace.

But within days of arriving, I called Lisa Suarez, an actor from San Antonio whom I knew from performances with Su Teatro out of Denver, and I went to an exhibition she told me about at The Esperanza Center, and met some of the exhibiting artists from San Antonio and from Mexico. The exhibition was part of a larger, international project called “Festival de Enganche Libre,” so I attended one of the performance events the next night at Jump-Start Performance Company at the Blue Star Complex, and watched a guy I had known as a younger man, artist and architectural student Lalo Lopez, performing with Esteban Zul. I was very excited by these two events and by the reactions of the crowds.

Next there was an opening here at Artpace, works by Kent Rush, who I later found out was one of the moving forces behind Blue Star, and I began to get a real sense of excitement and enthusiasm about the diversity I was seeing. Within a few days of arriving here, I had seen lively things happening across the full spectrum of the arts community. And then I talked with Celia Munoz, a Texas artist of Mexican ancestry, who is involved in a very exciting project, working on the design team for the extension to the San Antonio Convention Center, a major component of the city’s economy. Here in San Antonio you seem to have a situation where the city actually wants to embrace all of the challenges of public art at a time when other U.S. cities are dismantling their programs.

I have also been in a number of discussions with Chicanos and Chicanas here, some of whom were involved in the inception of the Chicano art movement back in the 1960s and seventies, like Cesar Martinez, and others who feel that they’re part of a generation—folks in their thirties, like Lisa Suarez—who have been negatively portrayed, but insist on having their participation recognized, and others finally, in their twenties, who feel almost resentful of that first generation of Chicano artists. I think there is a kind of misunderstanding, apprehension, anxiety all around in Chicano art at this moment. The first generation of the Chicano movement established itself at a time when there was a great deal of political activity within the context of sweeping social changes across the country—the Civil Rights movement, the anti-war movement, the feminist movement and so on. I think that the first generation has become institutionalized to some extent, and in the process, a formula has been developed which becomes problematic for the younger artists.

This has been a real cause for reflection, for me and for others. How does one generation negotiate a relationship with another generation when we don’t have any role models? What does it mean in terms of a legacy, in terms of a tradition? I don’t think that art and culture pass on objects to be replicated in perpetuity. What they pass on are certain ideas, issues, intuitions, attitudes especially, and those attitudes are going to be recontextualized within the realities of each generation, and each generation is going to have to make them meaningful. So it is interesting to see this dialogue and debate taking place here in San Antonio, which I think also makes the city an exciting place to be.

ADC: While you are here in San Antonio, what is the nature of the work that you hope to do? Will it be done in the studio, or also out in the community?

DA: The residency is primarily a personal endeavor. I will engage the art community here informally, primarily through visiting artists’ studios and by attending exhibitions and performance events.

The work that I am best known for that deals with community issues grows out of community that I am much more familiar with, the San Diego/Tijuana border region. I know that some artists do projects where they come into areas and stay for a period of time, do a great deal of research, get to know folks and work with them, and I think that is terrific for people who can work that way. I have always thought that the things I do in San Diego, especially the public art collaborations, really can’t be replicated elsewhere because I don’t live anywhere else.

ADC: So what is the nature of the installation that you are doing in the studio now?

DA: The installation that I am working on right now is kind of rumination on how the Chicano movement and the Chicano art movement affects my personal and private search for what is important. I am looking at things that are very stereotypically associated with Mexican and Chicano art, things that are often times reduced to decorative tourist objects—milagros, La Virgen de Guadalupe, and so forth. I’m trying to get at why and how they have meaning for me beyond mere wall decoration. So for example, one of the pieces I am doing has several elements, including a piñata, and wall text that reads something like this: “He wanted to be their Mr. Fiesta, but his piñata was in the shop for repairs, getting bullet-proofed. He had spent his childhood in the dark, then fashioned his blindfold into a headband. In mid-life his fists were still clenched in rage, but he chose his fights more carefully, a cagey counter-puncher shadow boxing with the lights off, not eager to have his semi-retirement interrupted by his dark side making any sudden moves. He wanted to be a child again, believing that when he closed his eyes it was invisible.”

I think that has something to do with where I am in my life and also, hopefully, it speaks to younger people as well. I think it is art that is informed in a variety of ways by the Chicano experience—cultural, historical and political.

One of the pieces that I am working on is titled The Birth of Xima, who is my first child, Ximalatl, now twelve. Being present when she was born, being witness to this emergence of light, of life, feeling at the time as she entered the world, as she passed through the birth canal of her mother, Veronica, that I was being bathed in pure light. One of those little miracles that life provides that nobody really cares about except for the people most involved, for others it’s only a milagro de segunda, a second-hand miracle. Trying to capture the moment, the experience of Xima’s passage into the world is impossible. We are able to hold the memory, but we can’t touch it. Art attempts the impossible and always fails, but somehow the effort illuminates our spirits.

This installation celebrates my relationship to the Chicano moment, Chicano art and many individual Chicanos and Chicanas. It’s a celebration of the bittersweet journey that we make together and a token of my gratitude to all of them for enriching my life with their struggle. 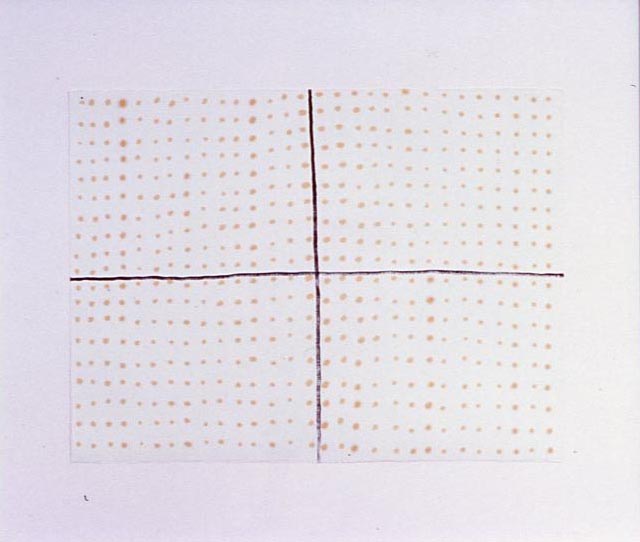 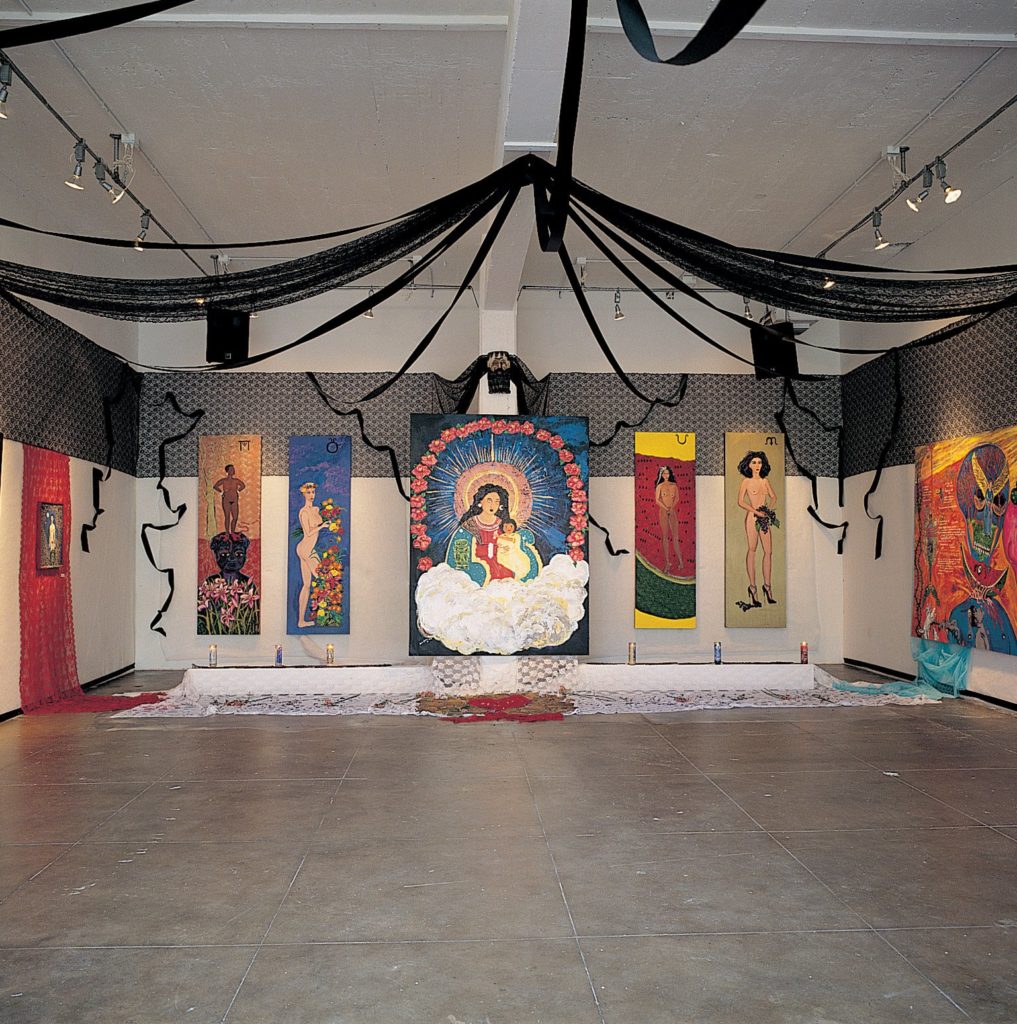