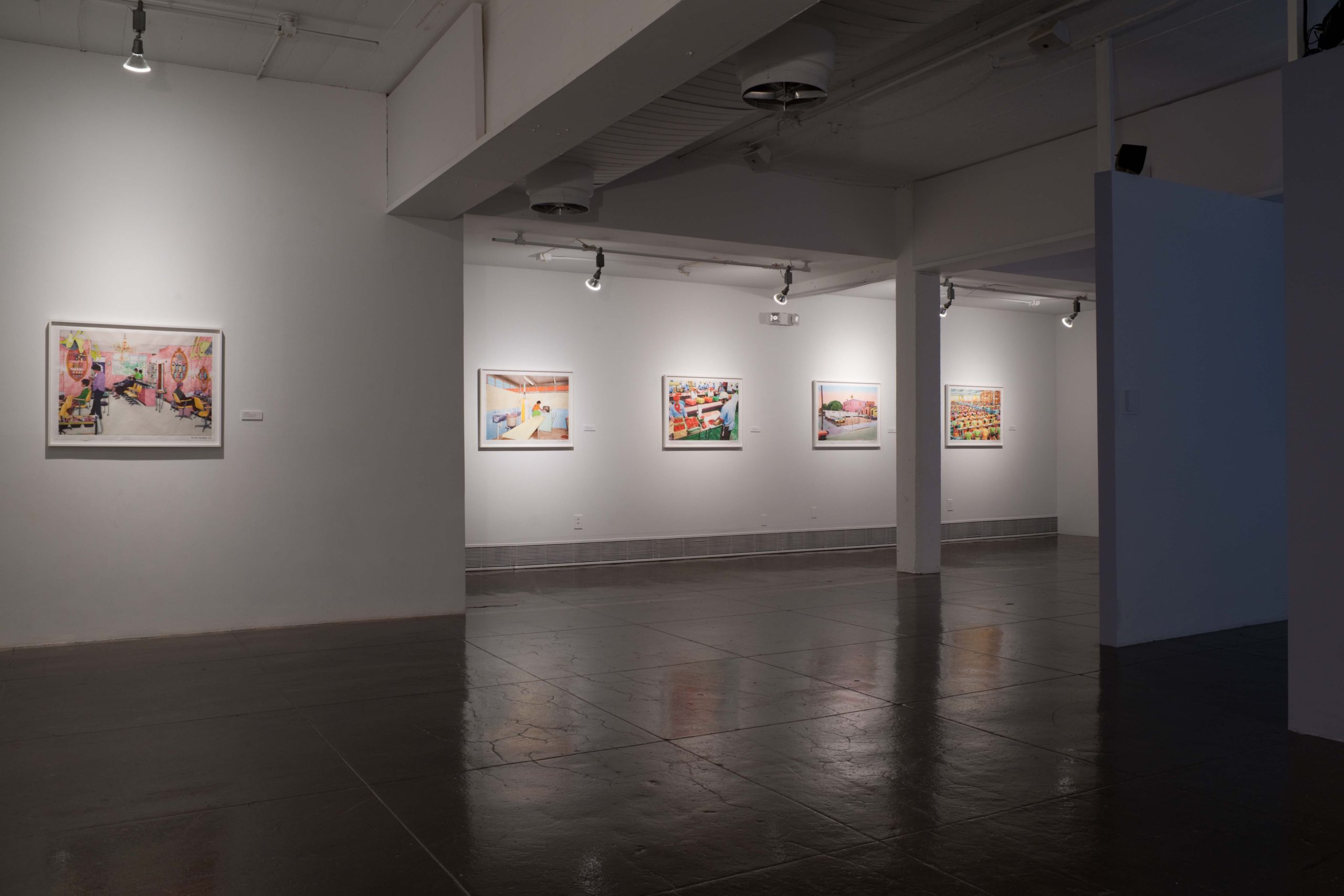 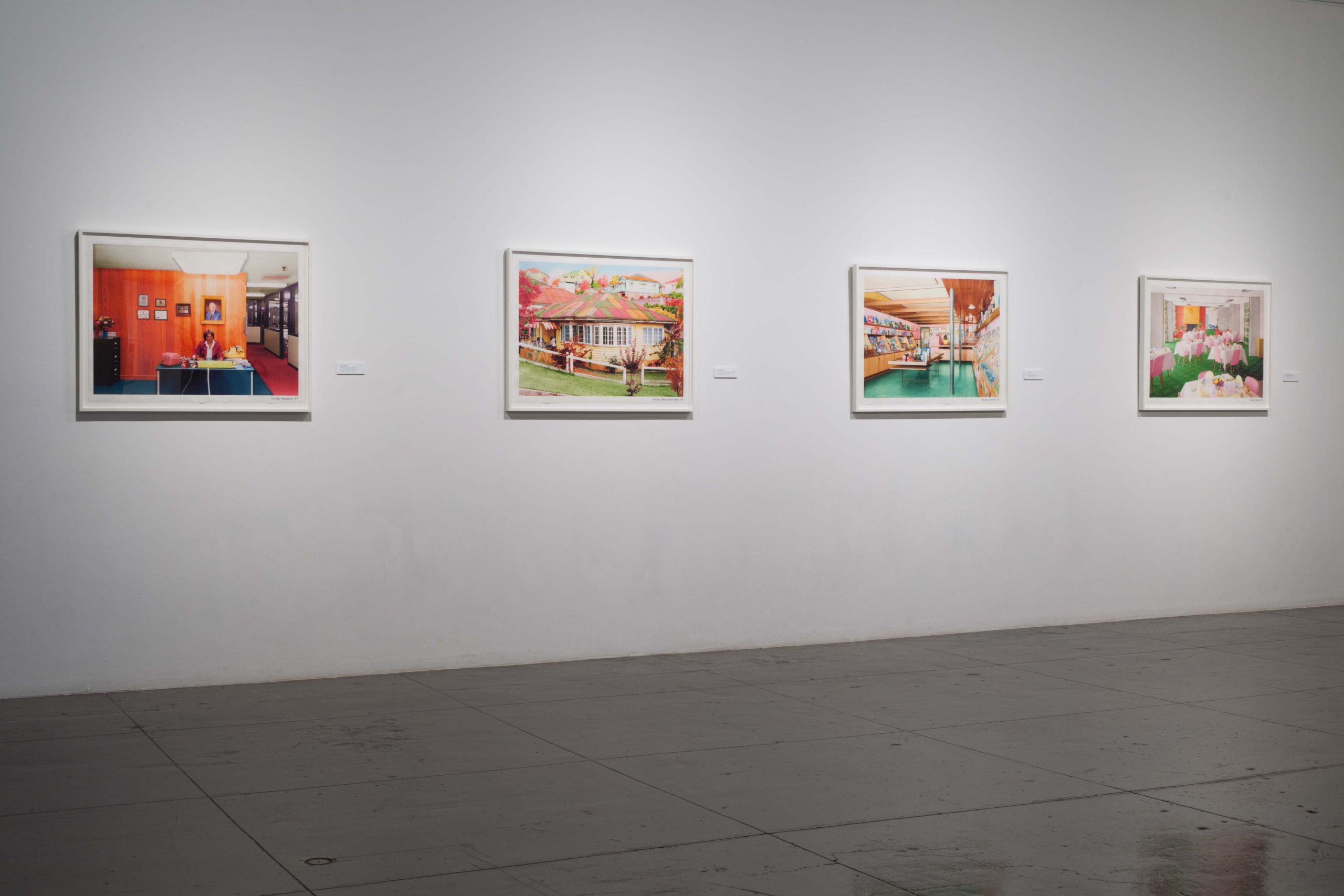 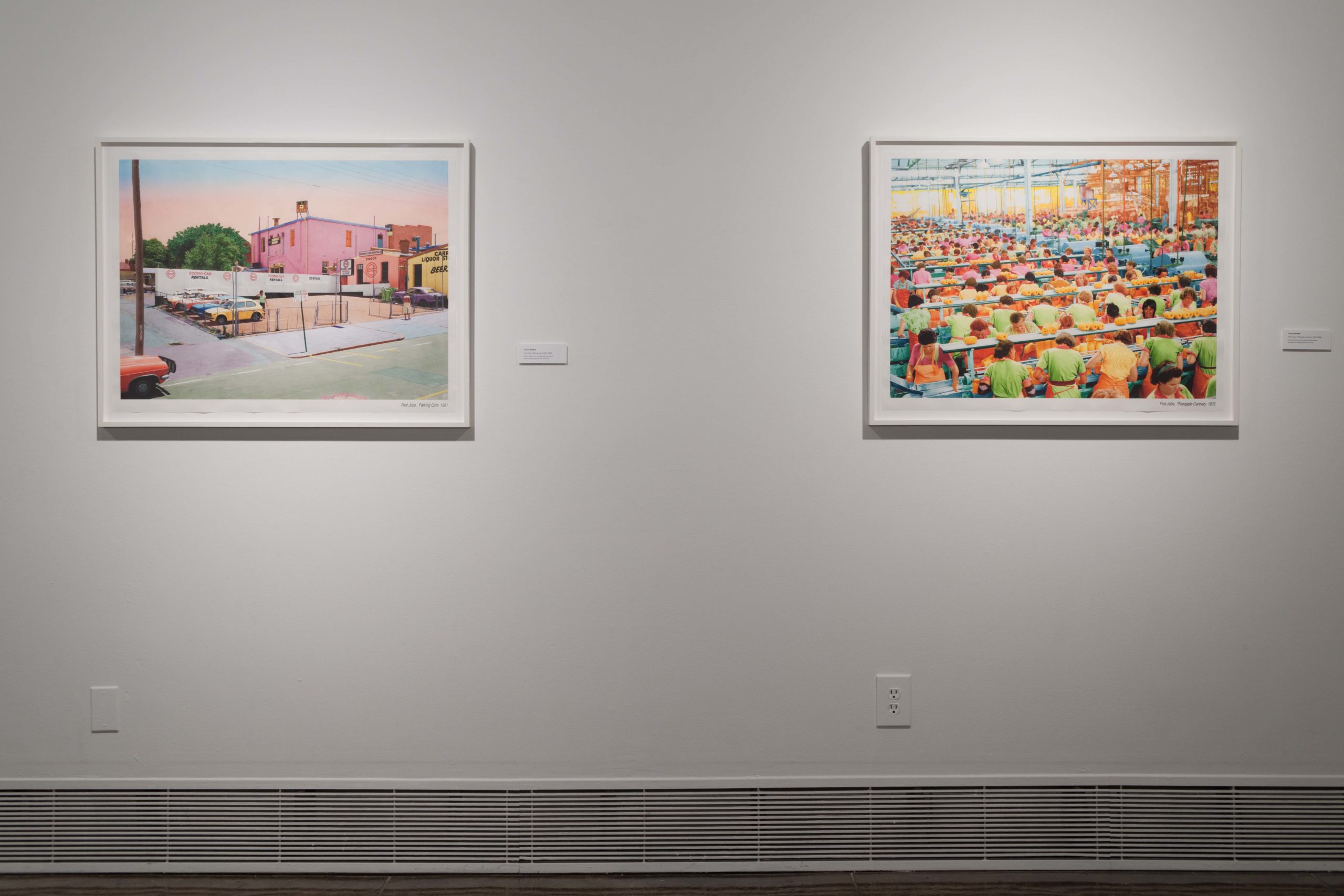 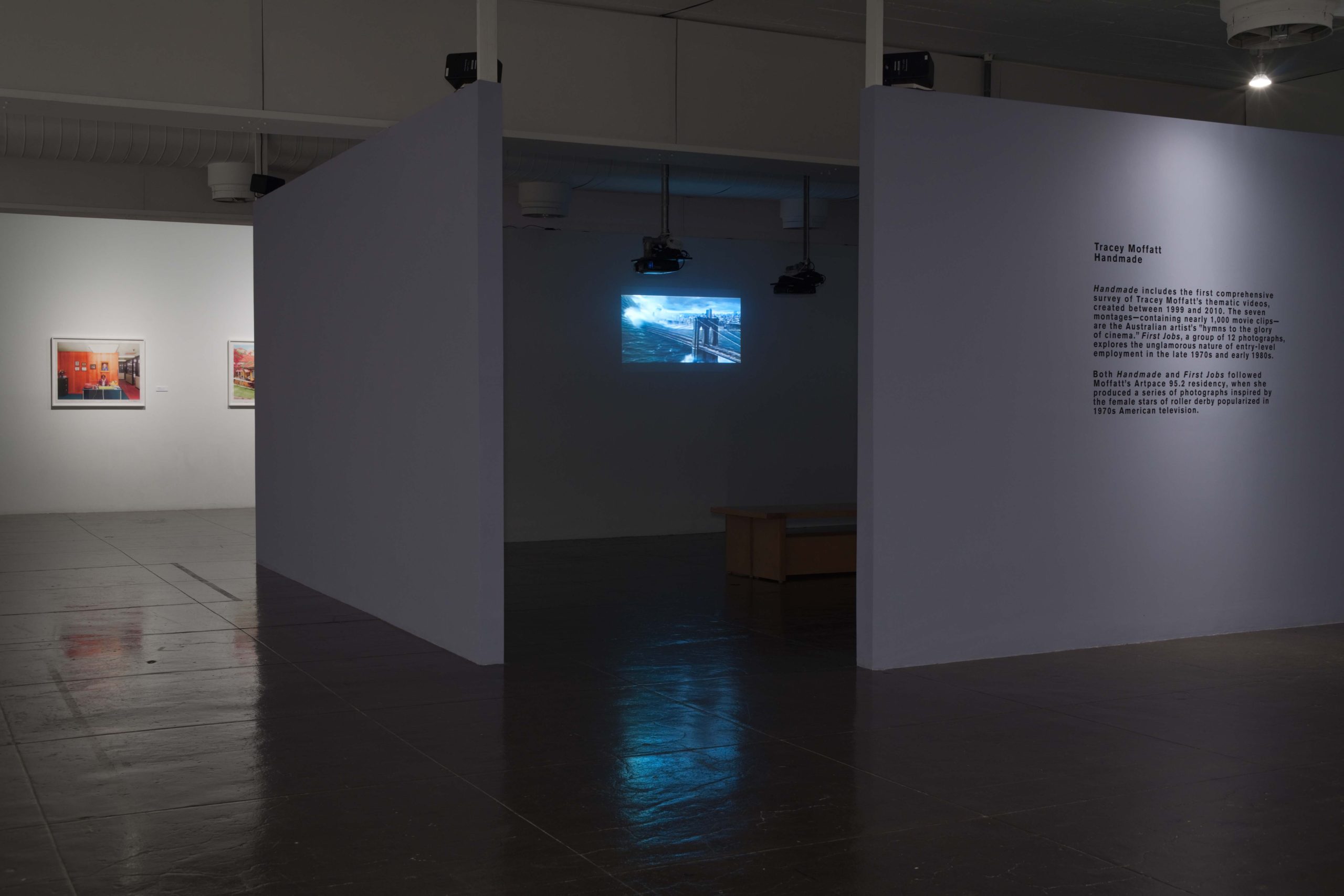 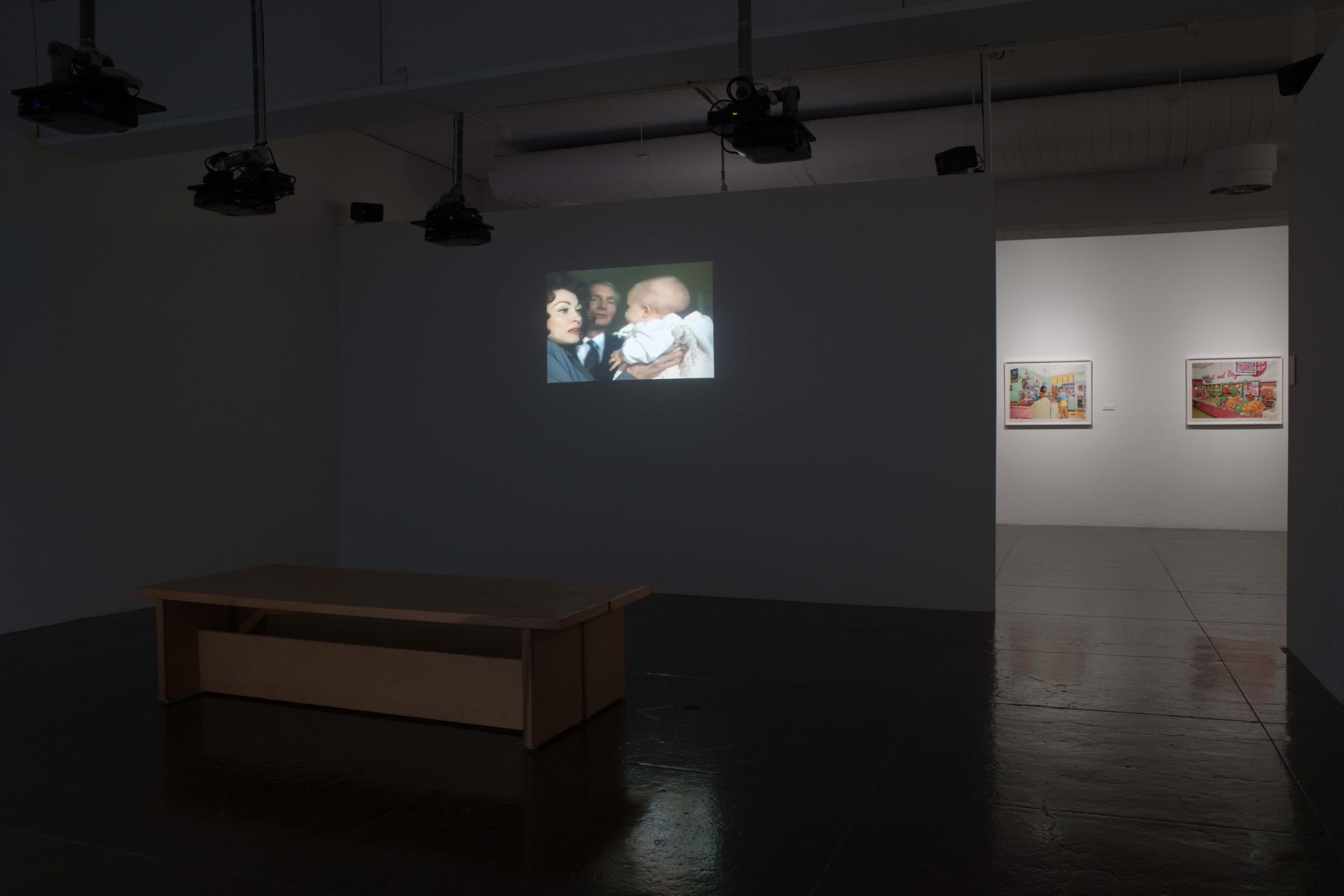 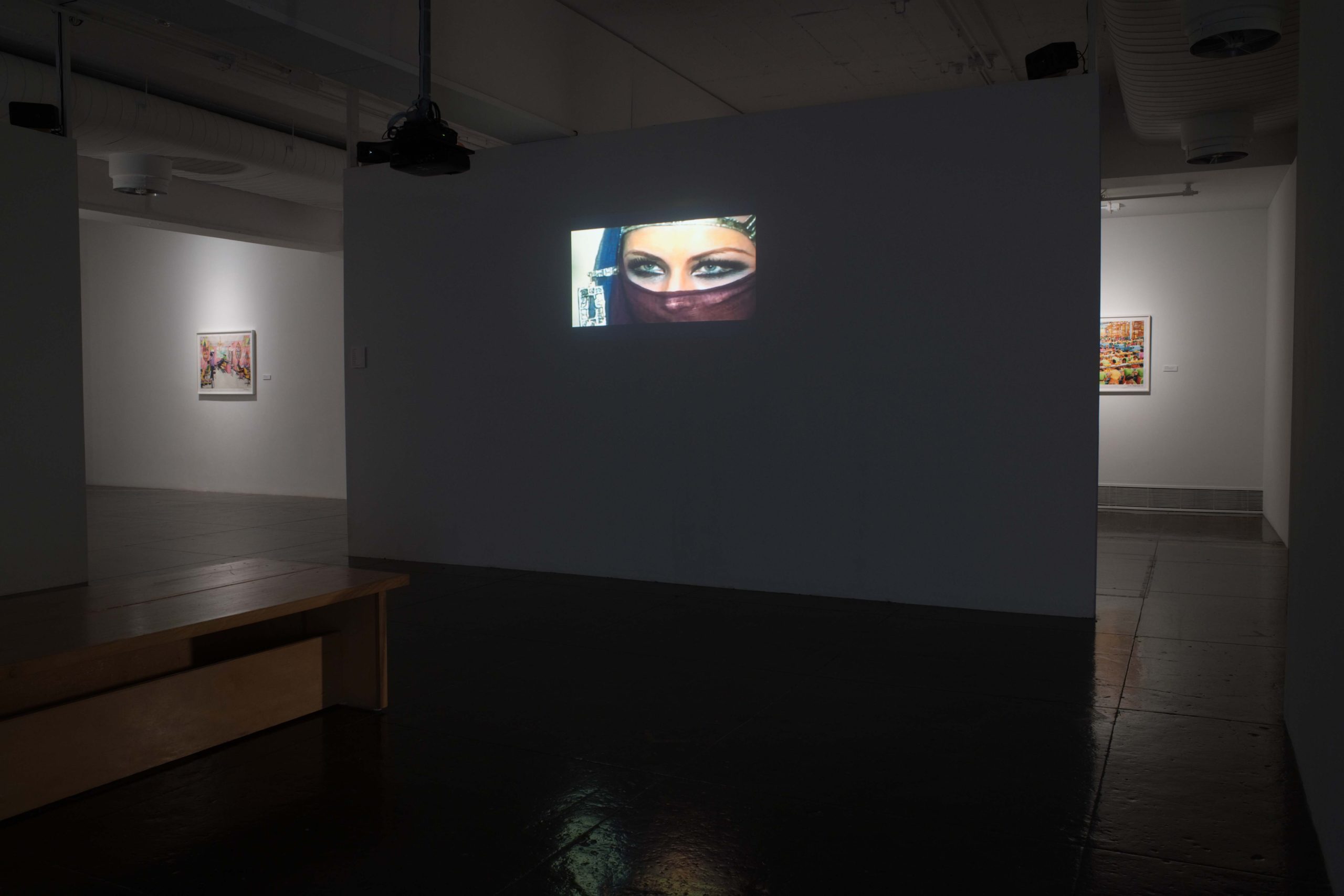 Handmade contains a comprehensive survey of Tracey Moffatt’s thematic videos, created between 1999 and 2010. The seven montages-utilizing nearly 1,000 pre-existing television and film clips to reconstruct new narratives-are ironic commentaries on Hollywood stereotypes such as love, race, and motherhood. Additionally, her exhibition features a photographic series titled First Jobs, a group of works that explores the unglamorous nature of entry-level employment in the late 1970s and early 1980s.

Moffatt has a deep love of movies and considers the video montages to be her “hymn to the glory of cinema.” The earliest montage, Lip(1999), features female bosses mistreating their sassy African-American housemaids, who then become insubordinate and challenge their employers. This first video highlights issues of class, power struggle, and stereotypes present in many of her other montages.

Artist (2000) features clips from some of Hollywood’s most iconic films about artists. Much of the video explores the struggles of the misunderstood. A clip from the movie Lust for Life (1956), featuring Kirk Douglas as troubled Vincent Van Gogh, sets the tone for the video. “Artist with its frustrated artists probably came from my realization that I was really going to be an artist and that it meant for the rest of my life I would have to work at it and there wasn’t going to be any escape from the creative aggravation,” states Moffatt.

Love (2003), a narrative about the highs and lows of amorous relationships, is constructed through the sequencing of humorous and sometimes uncomfortable material from a variety of cinematic sources. The story begins with a mash-up of idealized saccharine love scenes accompanied by soft music. The charming introduction is short-lived; scenes of soured romantic relationships dominate the rest of the video. Like the unfortunate reality of many romances, Moffatt believed that the video needed “to start loving and sweet and then turn nasty.”

Mother (2009) is perhaps the most emotional of the group of works for Moffatt. When she made it, she “bawled and bawled because there is so much motherly love and angst in it… my partner in the next room would say, ‘Oh no you’re not editing Mother again are you!'” Like her other shorts, this video highlights feminine stereotypes from the movies, this time with the female as a maternal figure who is obsessively doting, overly dramatic, and oftentimes awkward or embarrassing.

The photographic series First Jobs (2008) shares similar features to the video works that Moffatt produced throughout the 2000s. Organized by the theme of introductory employment, she takes found images from the 1970s and carefully manipulates them to create the look of hand-tinted black-and-white photographs. Careful observation reveals that she has inserted her smiling face into many of the photographs. With bright pastel coloring and a gleaming smile, Moffatt seems to take joy in some of the dreadful jobs she once held while supporting herself as a young artist-experiences (such as working as a waitress, meat packer, and parking lot attendant) that resonate with her. “Secretly, though, I’m proud of myself. When I think of those early years, I realize that I was learning to be tough and work whether I liked it or not. I put my head down and was forced to be productive.” 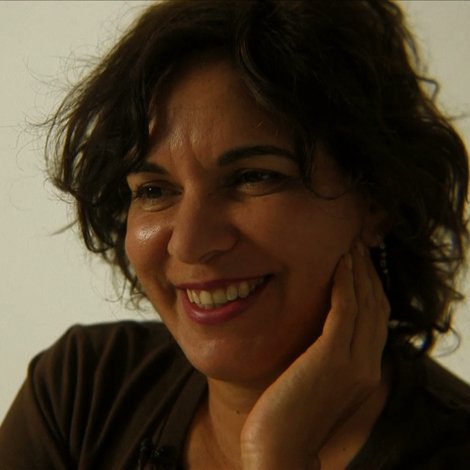 Artist Tracey Moffatt was born in 1960 and grew up in Brisbane, Australia. She graduated from Queensland College of the Arts where she studied film and video production. Since relocating to Sydney in 1983, Moffatt has worked as independent filmmaker, photographer, and curator.
Moffatt has received international acclaim as an experimental filmmaker. Her short film, Night Cries: A Rural Tragedy, was selected for official competition at the Cannes Film Festival in 1990. In 1993, a feature length film entitled Bedevil was also selected for competition. For this film, which is a trilogy of ghost stories, Moffatt reportedly “raided the family closet,” embroidering on stories she had heard as a child. Moffatt has directed several music videos, including one for the rock group INXS in 1993 which was screened worldwide by MTV.
Like Moffatt’s films, her photographic work, which ranges from the glamorous to the erotic to the autobiographical, is nearly always narrative. Elaborately staged sets and multicultural casts also recall her film work. Moffatt’s photographs are represented in major public and private collections throughout Australia. She has been included in numerous individual and group exhibitions at such institutions as the Kennedy Center in Washington, D.C., the Museum of Contemporary Art in Glasgow, Scotland, the National Gallery of Victoria, The New Museum of Contemporary Art, New York, and the Museum of Contemporary Art, Sydney.
In October 1994, Moffatt was selected to participate in the Pace Roberts Foundation International Artist-in-Residence Program. While in San Antonio, Moffatt, who is a serious sports fan, produced a photo series loosely based on the (once popular) American Roller Derby TV show. The photo series explores issues of sex, glamour, and violence. 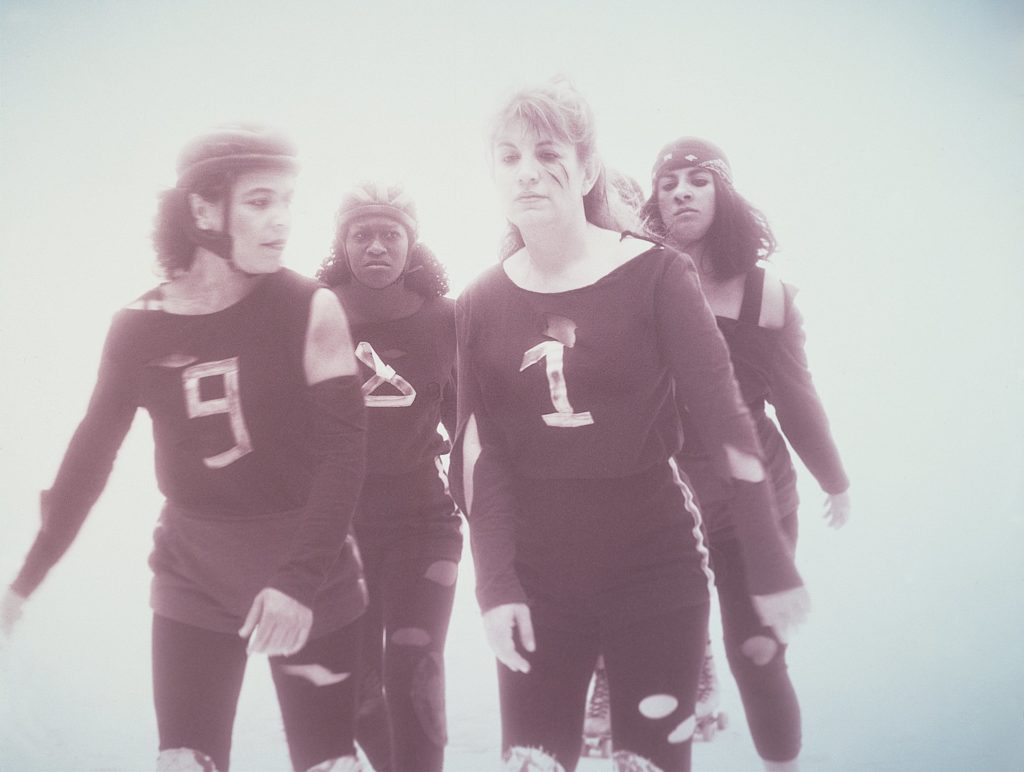 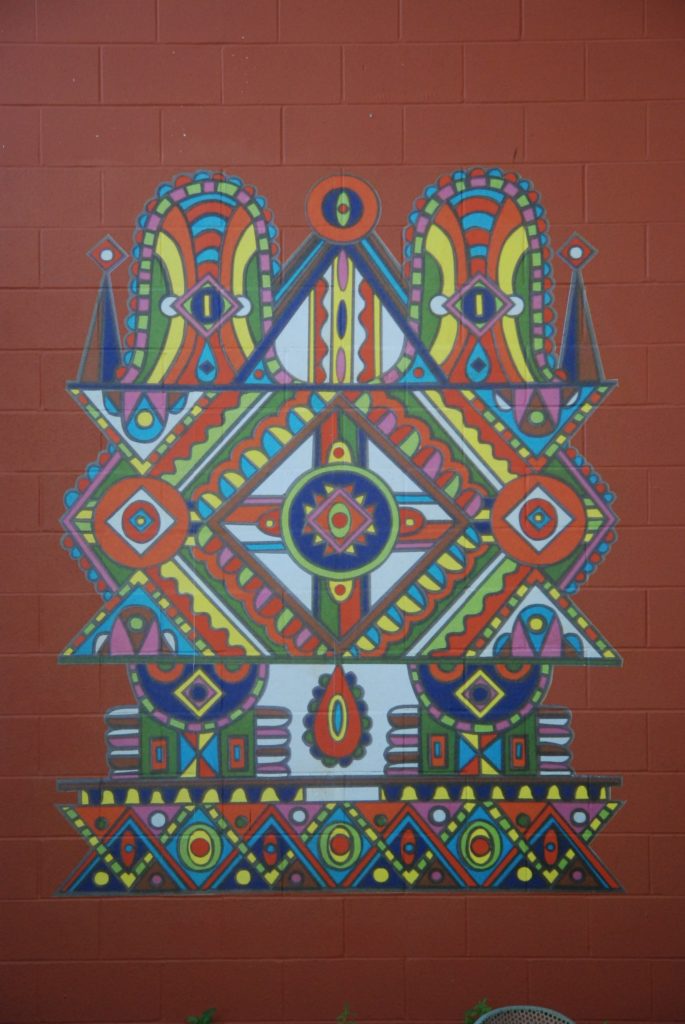 By Permit Only: Untitled (Sigil for Wealth and Prosperity) 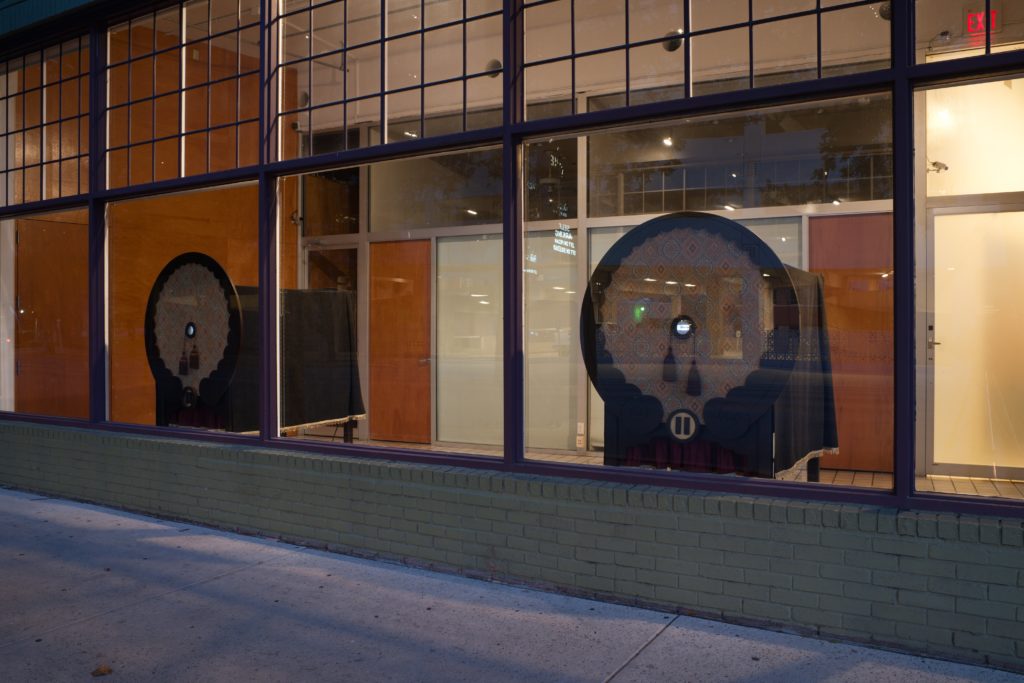