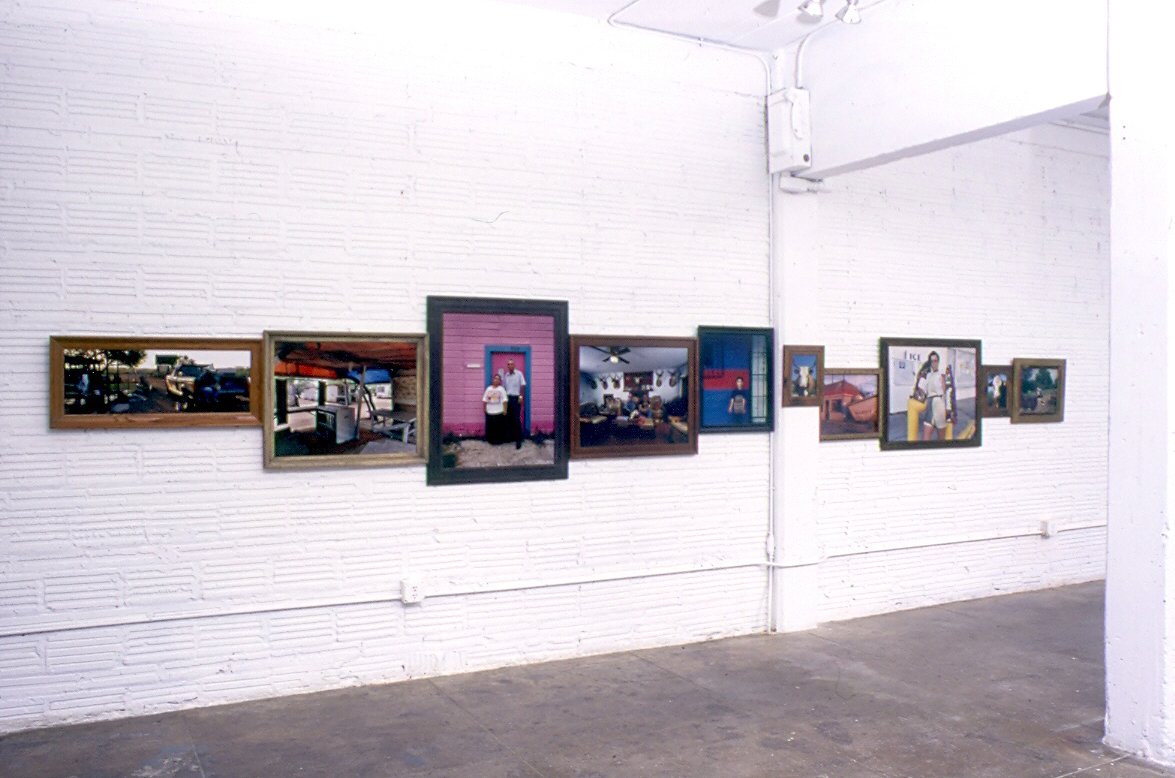 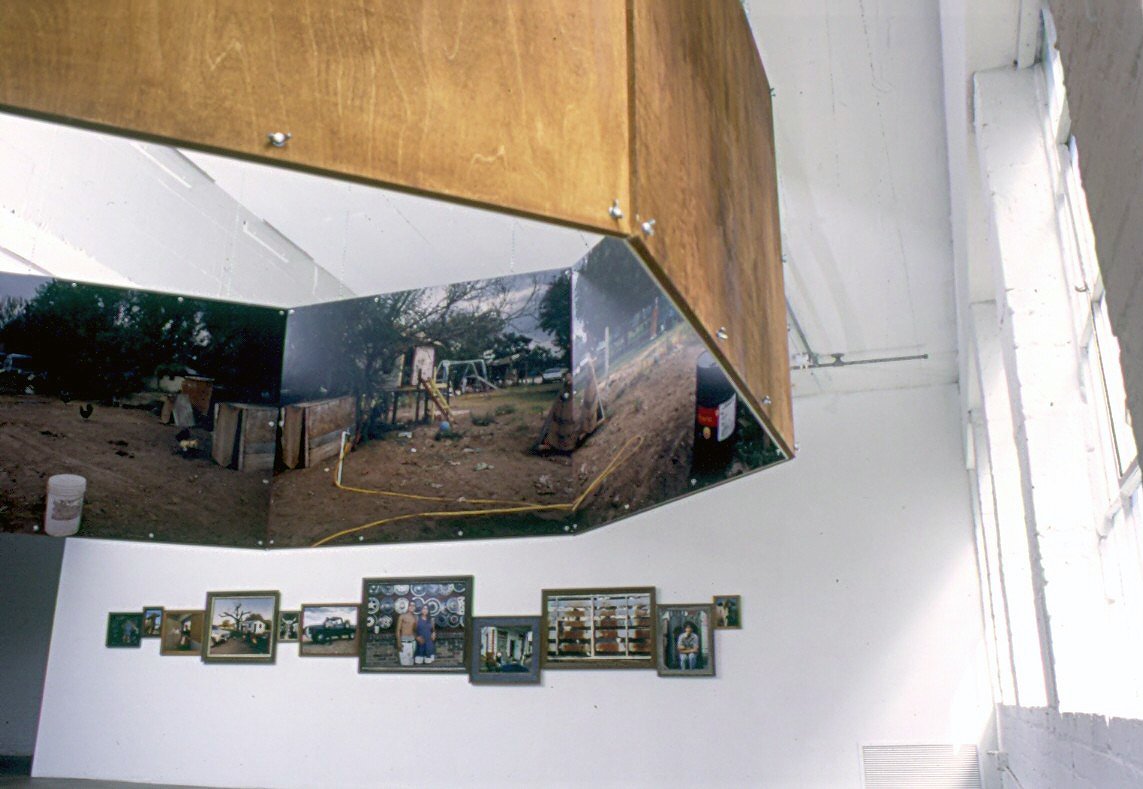 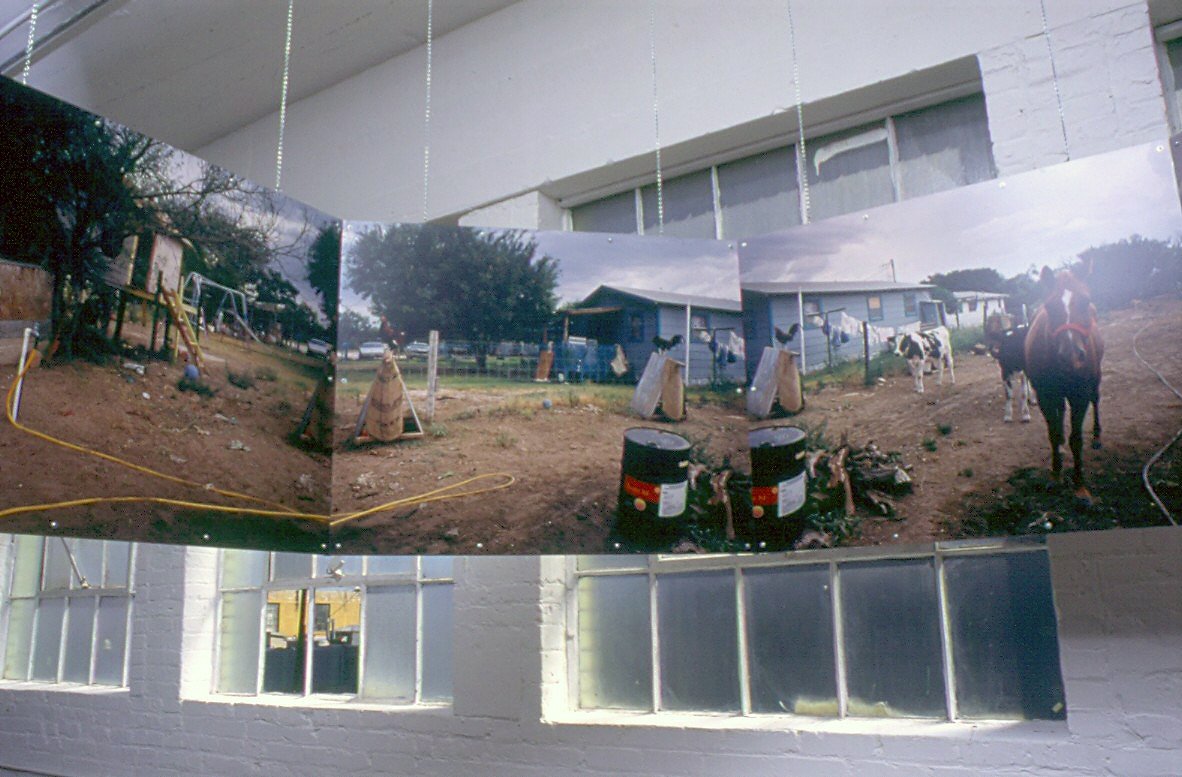 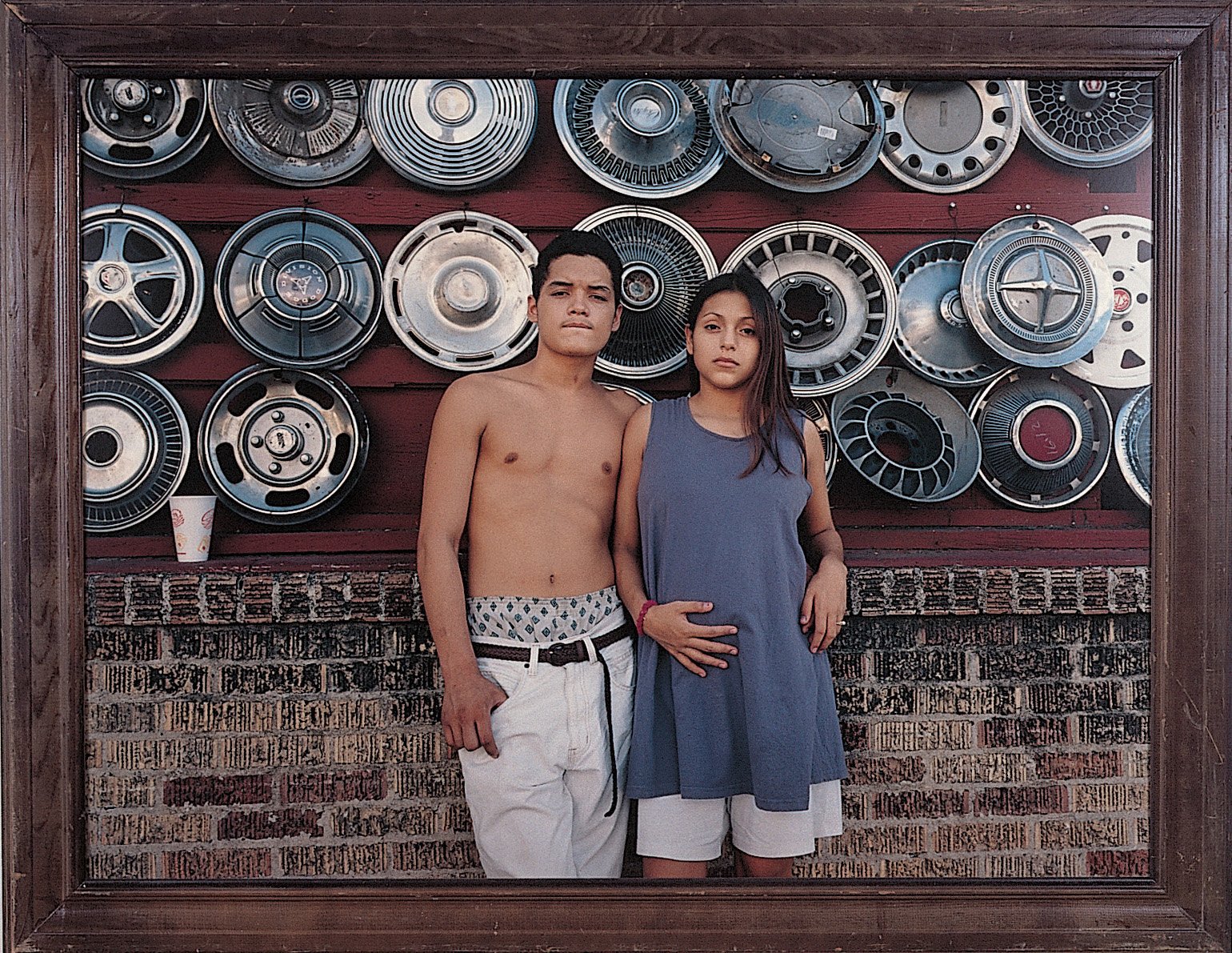 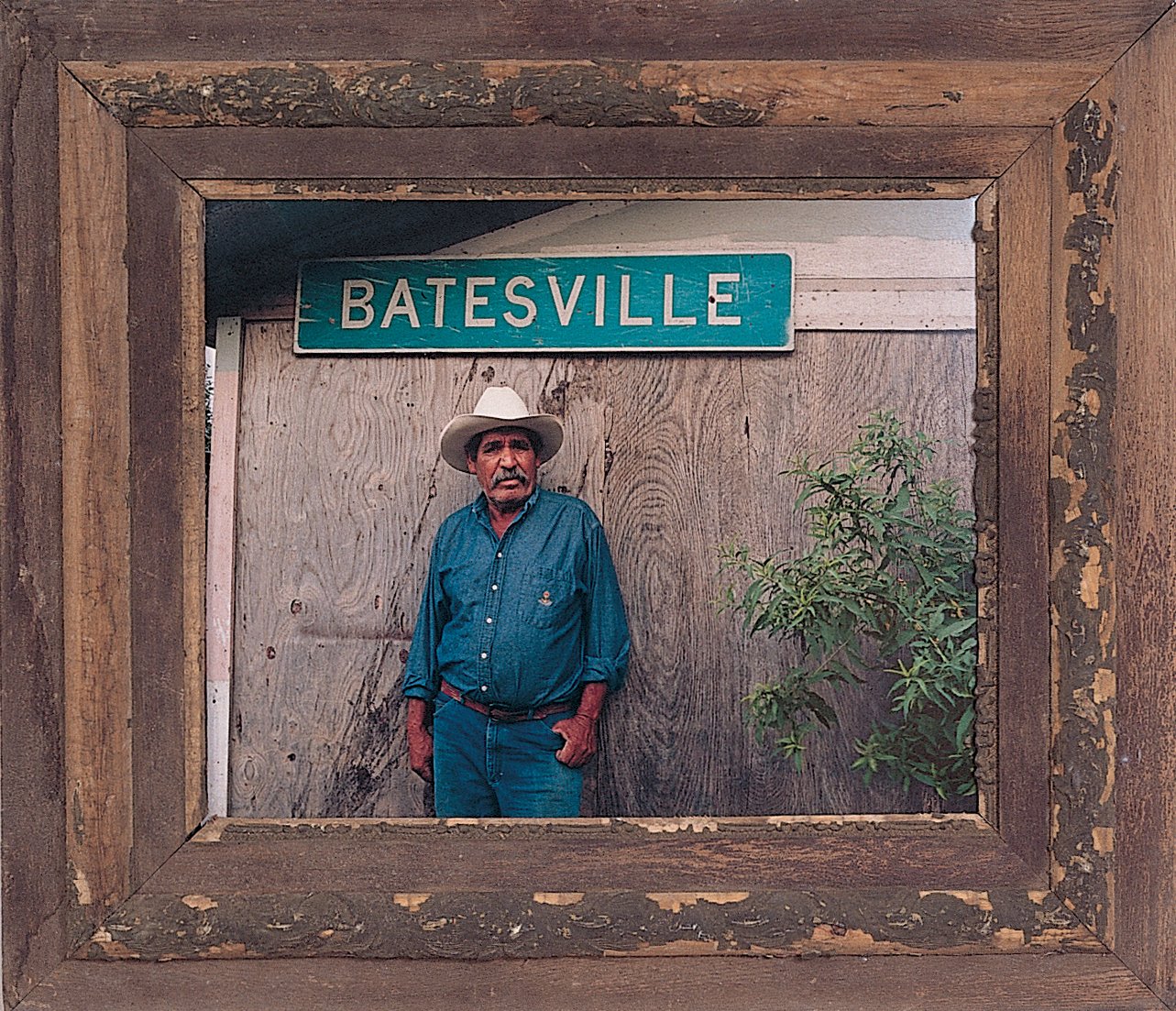 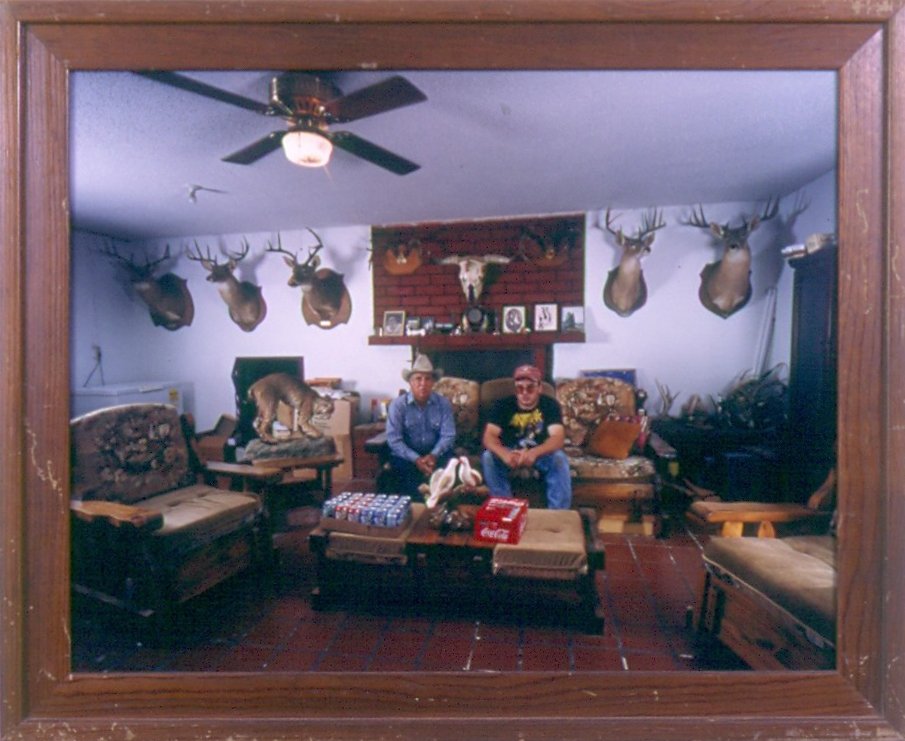 Internationally recognized for his photographs of elderly bachelors and their domestic surroundings in remote areas of his native Finland, Esko Männikkö trained his camera on the inhabitants of South Texas in the summer of 1996. Visiting neighborhoods of San Antonio, and the small, scrappy towns and ranches of Uvalde and Batesville, Männikkö discovered many willing subjects at ease with the photographer and comfortable in their often work-a-day homes or businesses. Many of the scenes are familiar in subject or setting, yet jarring in detail. Although the imagery can be playfully pedestrian, the large scale of the photographs, which were printed by the artist himself during his residency in San Antonio, teases the often snapshot-like compositions into high seriousness.

With a formalist’s eye, Männikkö is drawn to unusual, highly saturated color (often enhanced in the printing process), precisely composed spaces produced by cropping, and compressed depth. The latter aspect, especially, tends to flatten the picture. Ostensibly a documentary photographer, Männikkö exposes the fiction of photography in general and documentaries in particular. The South Texas narrative he creates is as illusional as it is truthful, reflecting the selective and insightful vision of the photographer.

The narrative structure of Männikkö’s photographs is emphasized by the installation at ArtPace. Acquired from numerous local thrift shops, carefully selected frames complement a color, texture, or image featured in each photograph. The works are mounted contiguously around the gallery walls, with some slightly elevated and others a little lower, like a skewed Greek key, to promote a fluid, dynamic reading. This filmic structure is particularly apparent in the panorama Männikkö constructed for his photographs of a typical dusty homestead. This continuous image lines the interior of a large suspended octagonal drum of plywood into which the spectator inserts him- or herself by ducking under the structure and emerging within. Depending on your situation, you are immersed in either the familiar or the exotic, which emphasizes the interchangeability of the terms. Upon the conclusion of his residency at ArtPace, Männikkö admitted that he hadn’t found his subjects in Texas much different from the Finnish bachelors. Both bodies of work depict the apparently odd yet strangely familiar components of humanity the world over.

My unorthodox advice to the visitor of this exhibition, which includes the work of Esko Männikkö, Xu Bing and Franco Mondini-Ruiz, is to forget cultural differences and just concentrate on one’s own reaction to the art. The question to ask oneself is, ‘How does this work address me, how do I understand it on the basis of my own life experiences and my culture?’ The fact is that this art already transgresses the differences created by cultures. The artists have taken into consideration the context of the exhibition by consciously making these works for an American audience, so that the first act of cultural translation has already taken place. Thus, it is beside the point to focus excessively on the artist’s culture of origin. That can come later, after an encounter with the artwork, when one is able to reflect upon the nuances of presentation.

An interesting aspect of contemporary art is the use of metonymy, instead of traditional metaphor, as the dominant trope. Meaning accrues through the recognition of the similarities in dissimilarities, as a result of the viewer’s encounter with the artwork. This is the subjective moment in art: a reaching of a level of experience not necessarily communicable to others, the domain that previously was the sole right of the artist. In these cases, the art project individuates experiences, things and contemporary ideas rather than the artist’s self. Does the artist’s utterance resonate in our experience? What is new in art is its field of references and its way of addressing people. Artists seem to wish to speak straight to their viewers about the life that we share here and now. In a unique way, this is a utopian site, where real dialogue occurs in the trivial everyday lives that we all lead.

This does not, however, mean that the site of communication is devoid of conceptual structure or is less than well formulated. On the contrary, to reach people’s interest outside of the confines of the specialists one has to be both eloquent and precise, to evoke both visual traditions and the temporal dialect. The much-talked-about globalization is perhaps more a question of identifying the issues underlying cultures than the merging of different cultures. Unless one has acquired specific knowledge, cultures are often as opaque as languages. When something is said, we often understand it better by tones and pitches of voice, mimicry and bodily expressions than by language proper. What is spoken of in this exhibition is the time we are living in with its abundance of intrinsic manifestations and fields of experience. We are offered possibilities to see the world with other eyes: a vision likely to be clarified by the sharp-sightedness of someone seeing it from the inside as well as the outside. 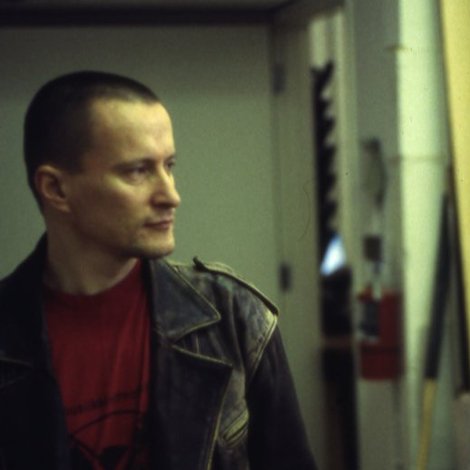 Esko Männikkö was born in 1959 in Pudasjärvi, Finland and currently lives in Oulu, Finland. In 1995, he was named Young Artist of the Year by the Tampere Art Museum, Tampere, and is currently the subject of a major touring exhibition and catalogue, organized by Porticus Frankfurt am Main. His recent color photographs document elderly bachelors and their domestic surroundings in remote areas of Finland. 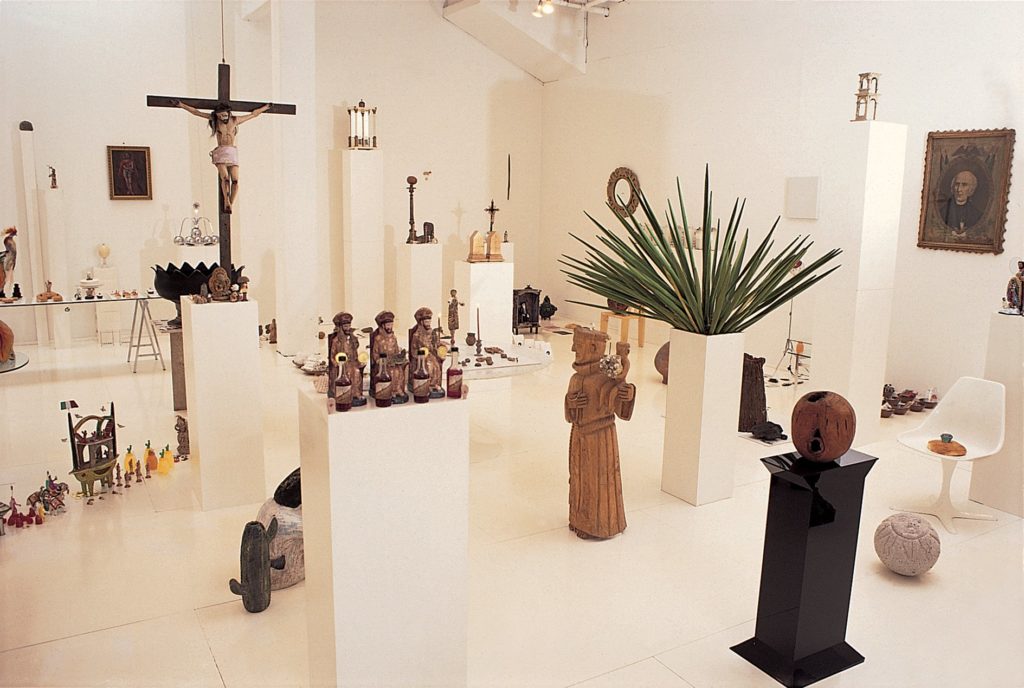 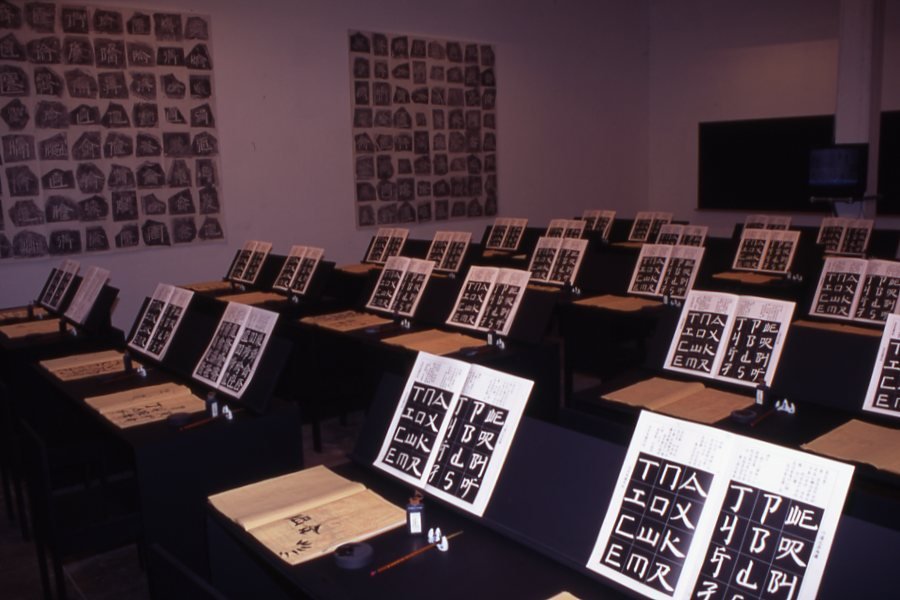