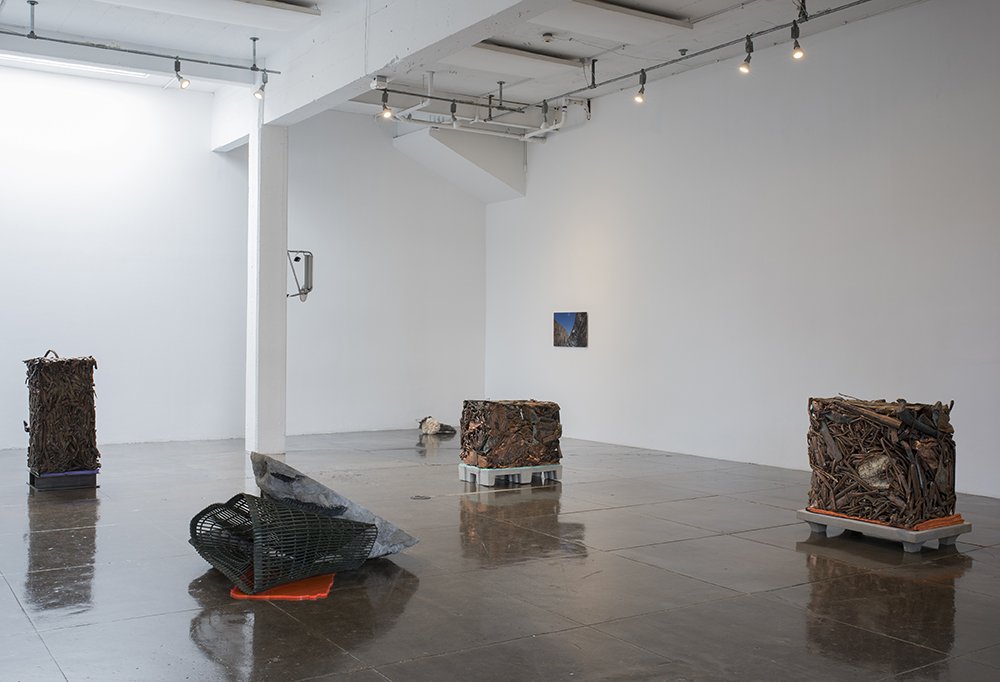 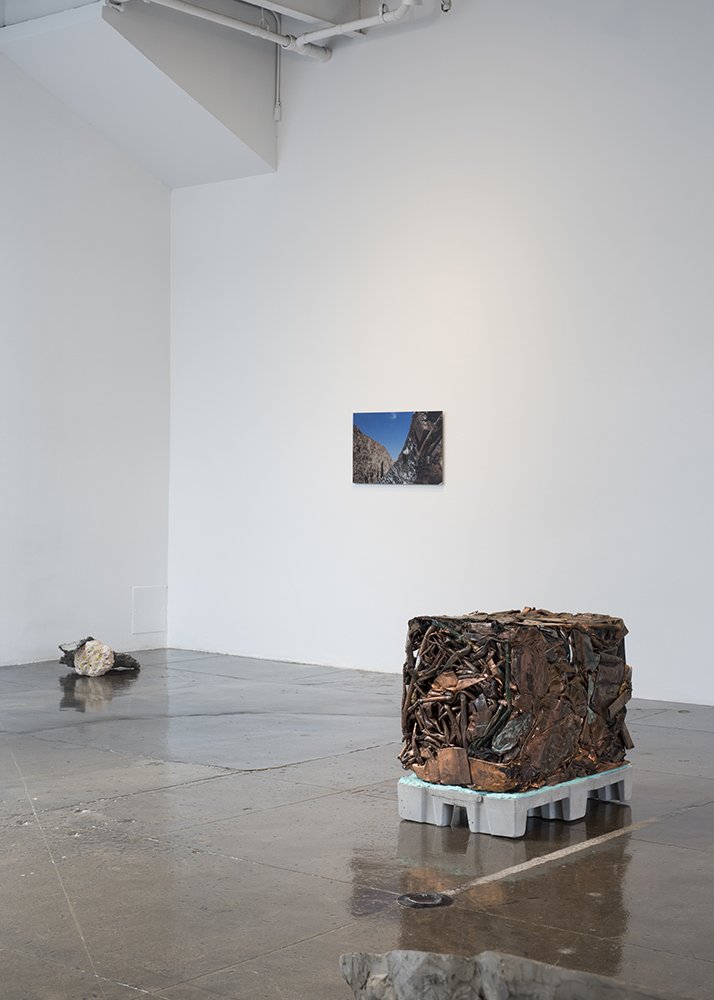 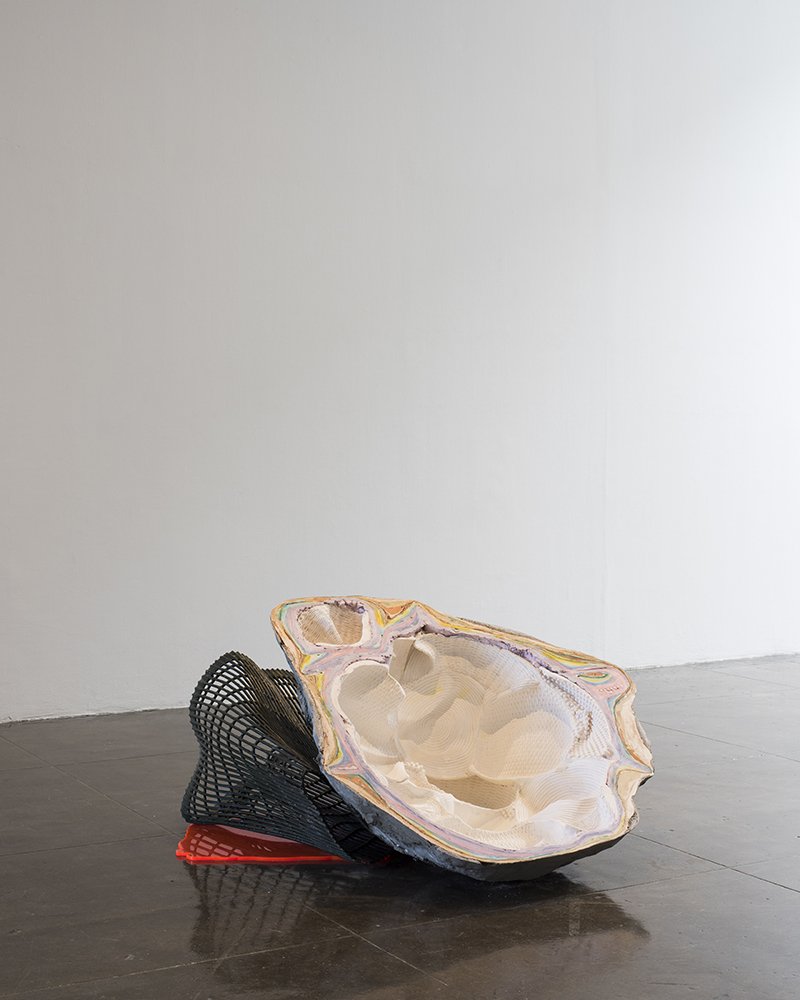 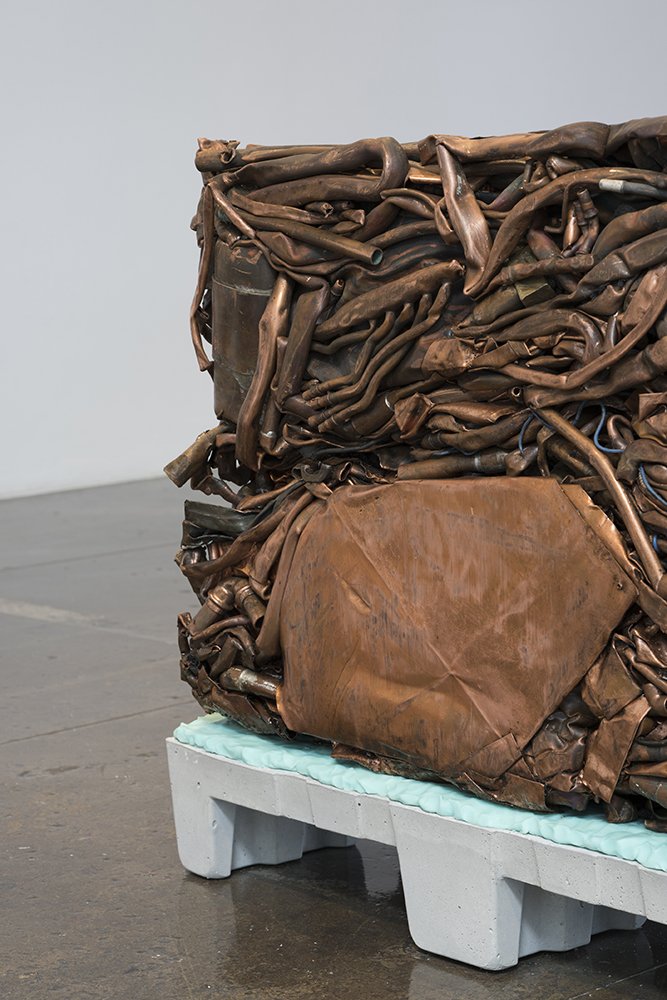 In 2013 the catalytic converter was cut out of Cox-Richard’s car to be salvaged for the small amount of platinum inside. The street value of platinum ranges from $20-$50, while the cost of replacing a converter is astronomically more. Then in the summer of 2016, she visited Big Bend Ranch State Park, Texas where she learned the story of Bobby Wayne Caughorn. On October 1, 1985, Caughorn suffered a broken axle which caused him to lose control of his asphalt truck. Asphalt spewed from the tank as the falling wreck caused rockslides resulting in the deaths of the driver and passenger, Michael S. Mayfield. In 1989, a jury found American Petrofina negligent in the death of Mayfield and awarded $879,700 to his mother. The trailer remains lodged in the rocky cliff of the park.

These stories are ultimately about reckoning with the value of things, which led Cox-Richard to another sought after commodity, #2 scrap copper. Cox-Richard has amassed over three tons of copper and worked with scrapyards in Pennsylvania, Delaware, and Texas to create three compacted bales. Each on their own designed platform (both form and function refer- ence industrial pallets), they stand as compacted value and also nod to Cox-Richard’s sculptural forbearers. But just as much as she looks to art history, Cox-Richard questions the phallocentric art cannon, and artists like Robert Smithson (his Asphalt Rundown, of 1969 is a clever footnote to Cox-Richard’s work) or Carl Andre. Instead, Cox-Richard’s aims to create minimalist forms with stewardship and feminism embedded within.

Supporting the bales are: a print made of asphalt that depicts the rundown in Smithson’s work next to the curved road where the Big Bend asphalt accident occurred; a print of the wrecked trailer on aluminum; and two sculptures: one referencing historic litter embedded in a rock and another made to resemble thunder eggs—geological features akin to geodes but formed in layers. In this last work, Cox-Richard breaks the form apart, revealing its intimate interior of cast plaster baskets. Here stewardship turns into the domestic, tenderly reminding us to take care of what we value.

FROM THE ARTIST: WHAT IS THE IMPACT OF THE ARTPACE RESIDENCY FOR YOU?

I started thinking about scrap copper a few years ago, drawn to the ways this infinitely recyclable material wears the patina and form of its most recent incarnation. In preparation for my Artpace residency, I spent this past summer as artist-in-residence at RAIR/Revolution Recovery, a three-acre site in Philadelphia where 400 tons of material are processed and mostly diverted from landfills on a daily basis. I paid attention to trash as it moved through this system, and watched as materials were sorted, shredded, and hydraulically compacted to fit into smaller footprints.

This year, I made several visits to West Texas, where space isn’t at such a premium. I’ve been wondering about how the contours of landscape—their density or use—affect our relationship to natural resources, labor, and time. The possibility for certain goods to be indexed to a commodities market makes determining the value of things like life, labor, and love feel all
the more impossible. In addition to the physical space and support (a ground floor studio with a roll-up door, gantry crane, and Riley Robinson were all key in making this work), I am grateful for the time alongside residents Kim Faler and Kim Morgan, and our conversations with curator Denise Markonish. During this fall’s hot mix of queasy politics, I felt solidarity in crafting meaning with remnants—dirt, rubble, bodily fluids—and claiming space for the
details and scraps. 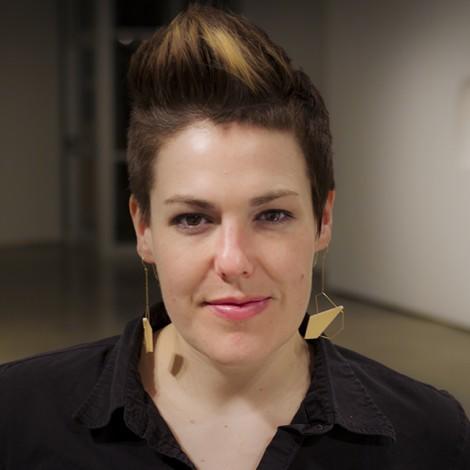 Lily Cox-Richard is a sculptor based in Houston, Texas. Her recent projects focus on systems and networks that are ubiquitous yet often unnoticed: the electrical wiring and plumbing in the walls, the sprawling mycelium underfoot, and the goods created by cottage industries. She has been awarded an Artadia grant, a Smithsonian Artist Research Fellowship, a postdoctoral fellowship in the University of Michigan’s Society of Fellows, and residencies at the Core Program, Millay Colony, RAIR Philadelphia, and the MacDowell Colony. Recent solo exhibitions include She Works Flexible (Houston), Hirschl & Adler Modern (New York), Vox Populi (Philadelphia), and the Hudson River Museum (New York). 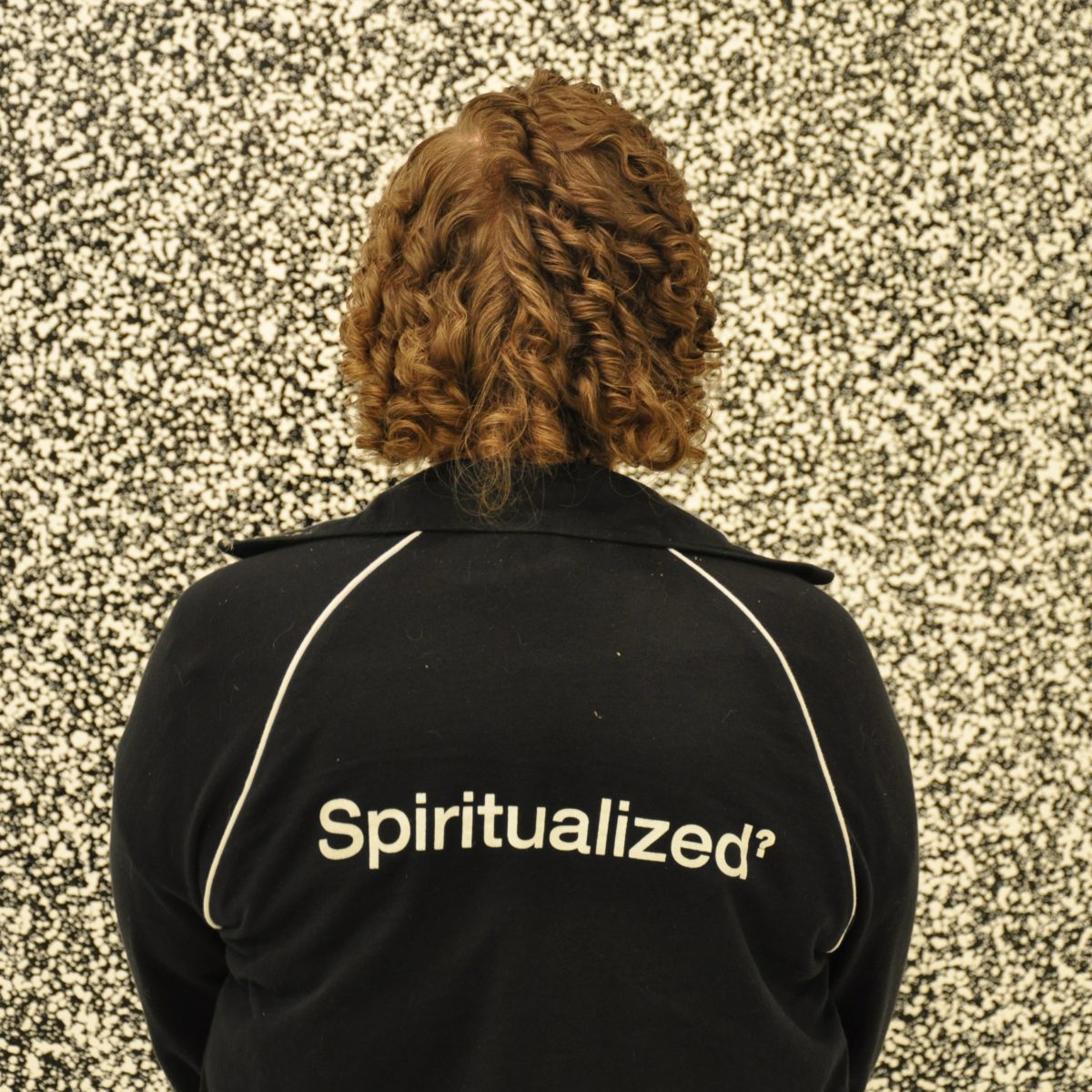 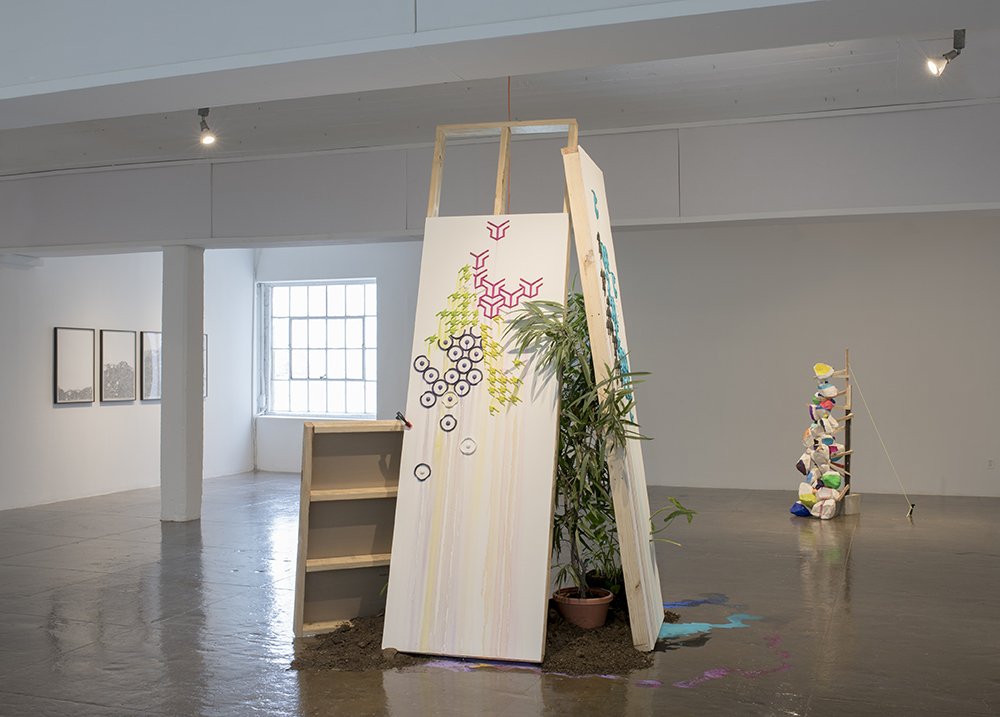 You Don’t Know My Horizon 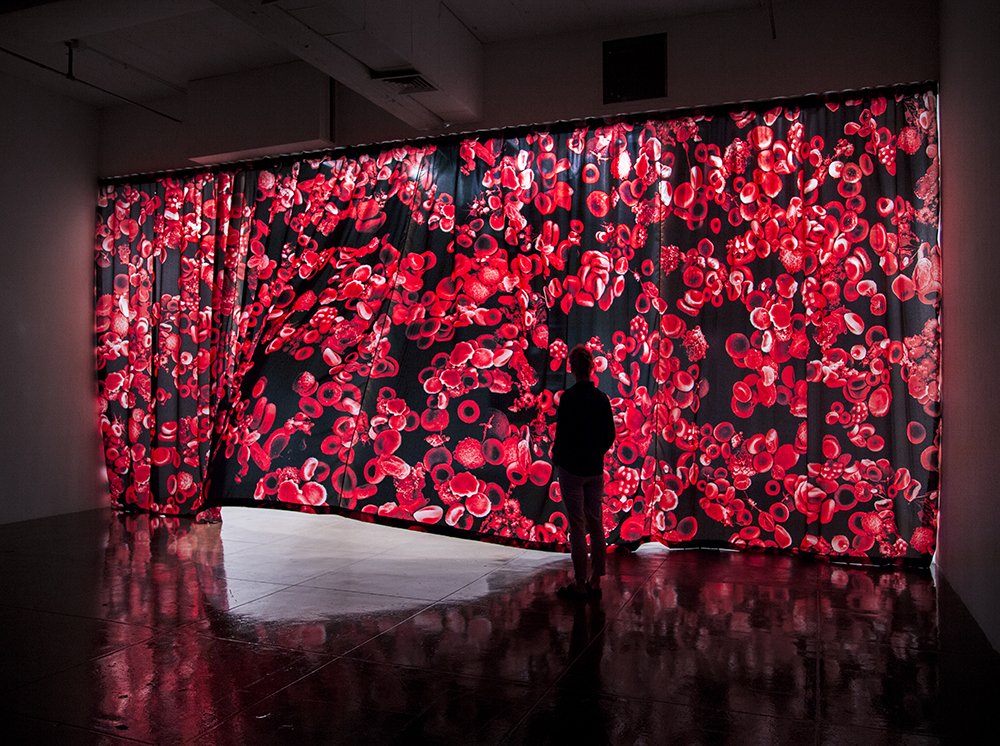