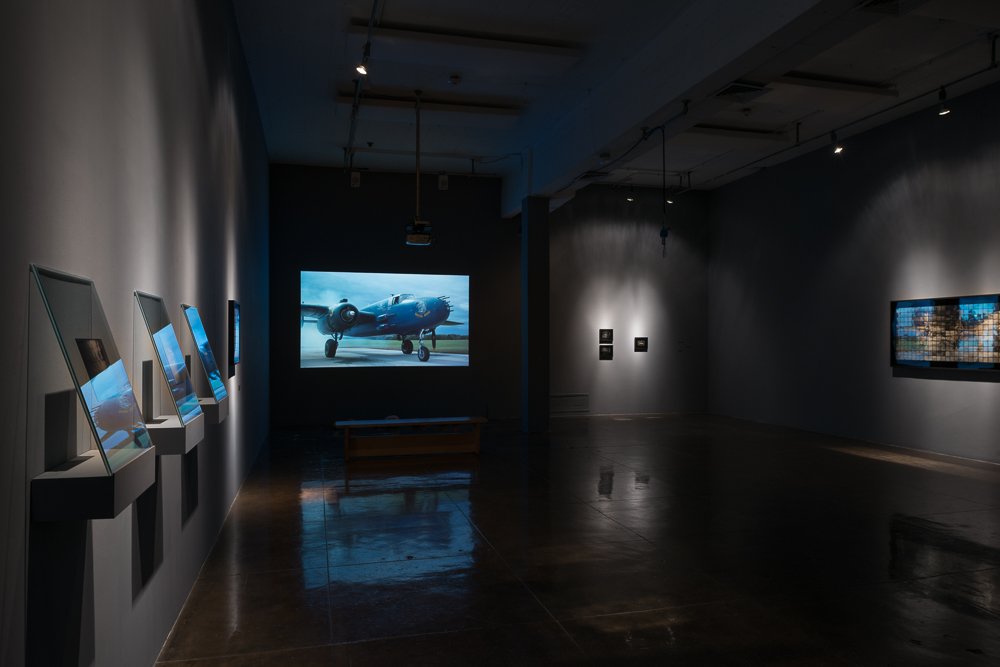 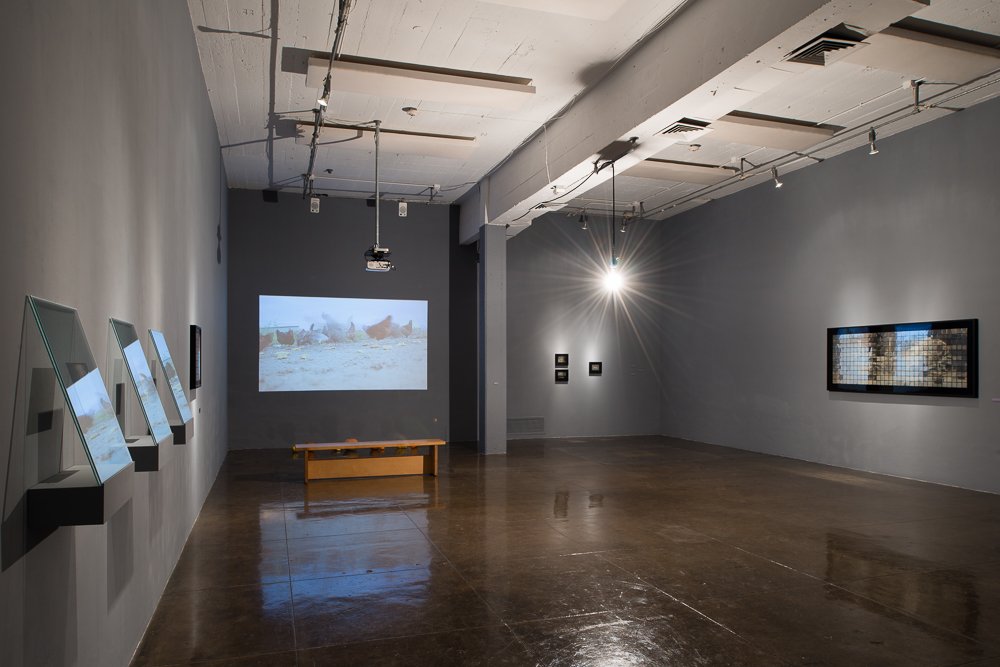 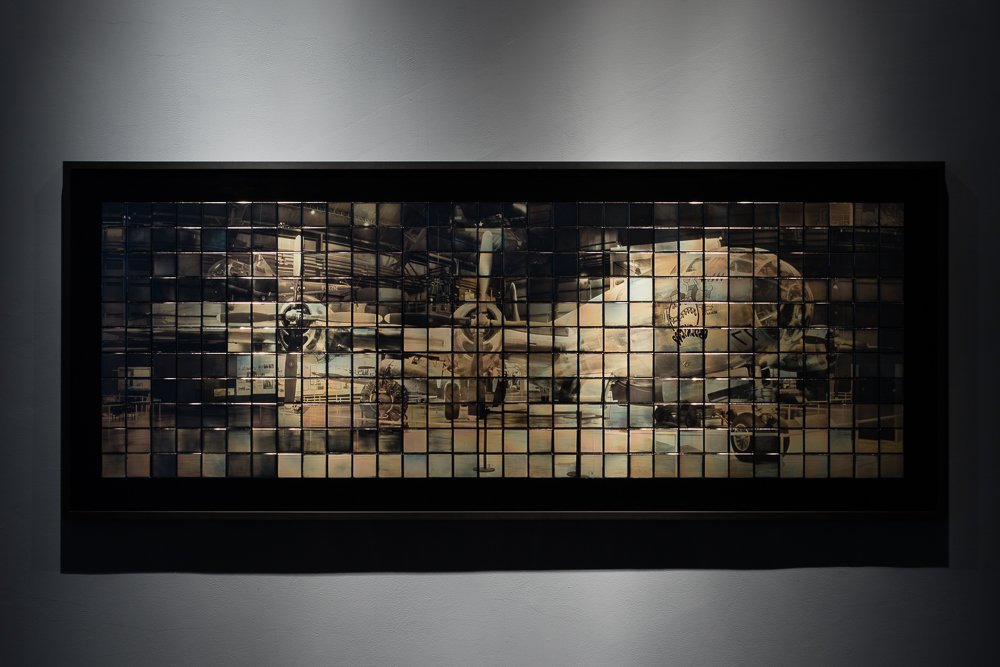 A Maquette for a Multipe Monument for B29: Bockscar, 2014MARK MENJIVAR73x220cmDaguerreotypeMARK MENJIVARMark Menjivar 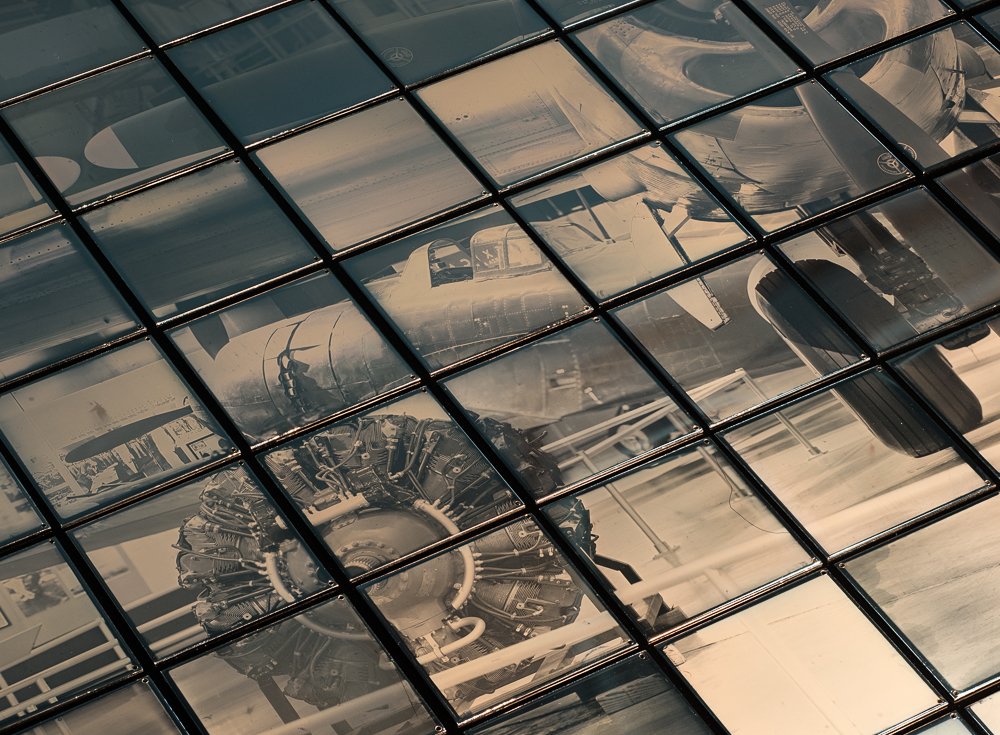 A Maquette for a Multiple Monument for B29: Bockscar (detail), 2014MARK MENJIVAR73x220cmDaguerreotypeMARK MENJIVARMark Menjivar 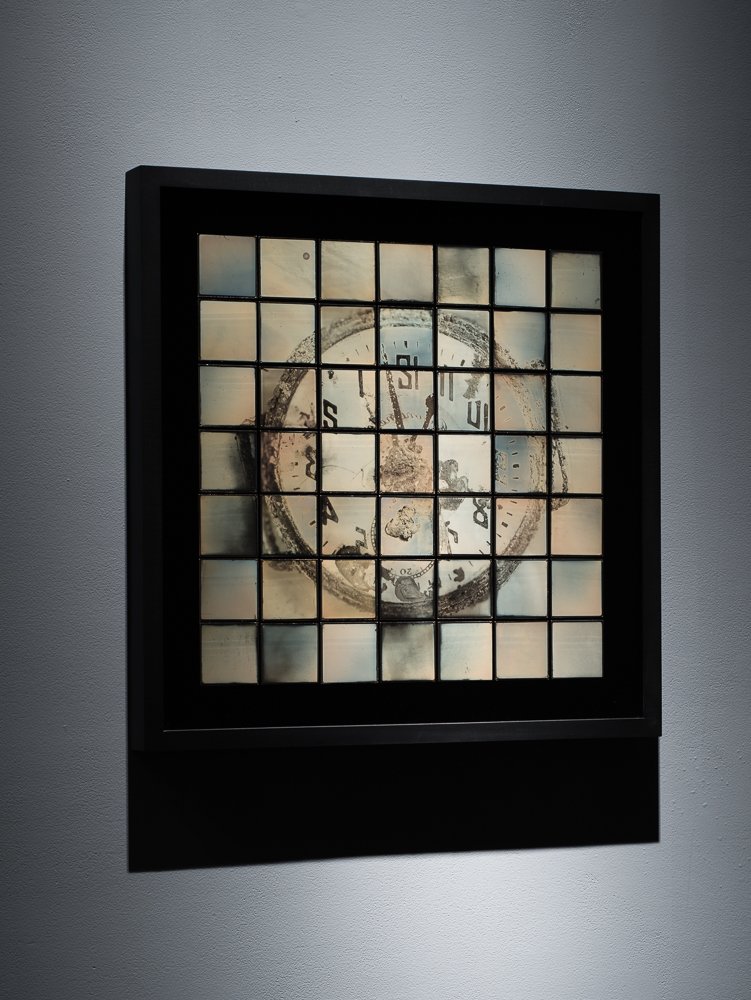 A Maquette for a Multiple Monument for the Wristwatch Dug Up from Ueno-machi, Nagasaki Atomic Bomb Museum #2, 2014MARK MENJIVAR50x50cmDaguerreotypeMARK MENJIVARMark Menjivar 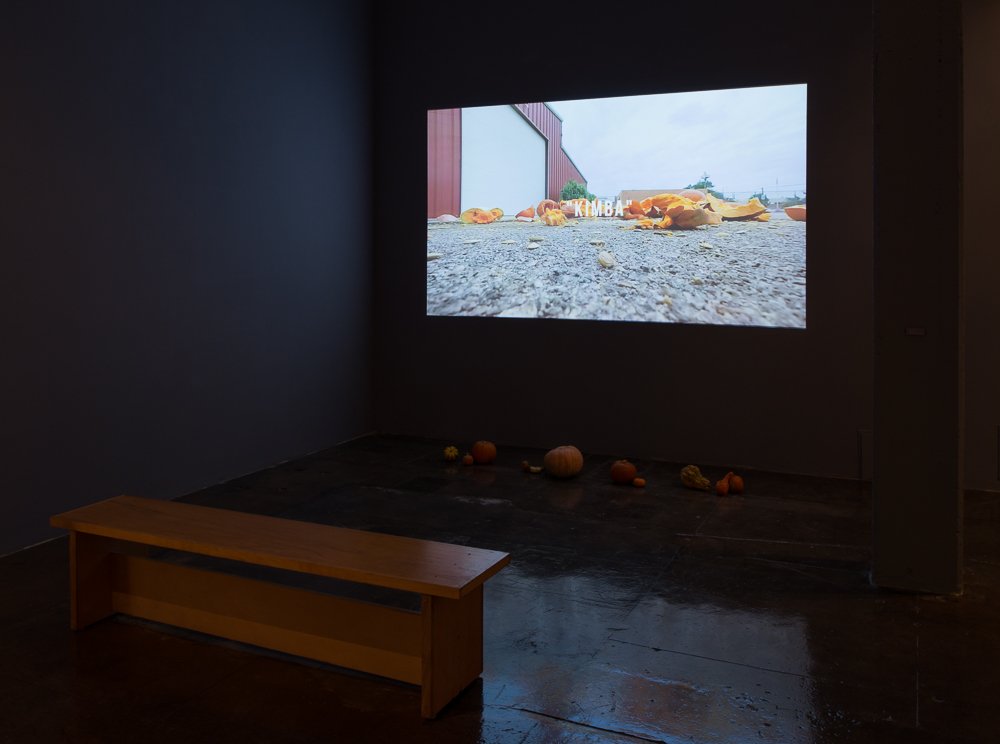 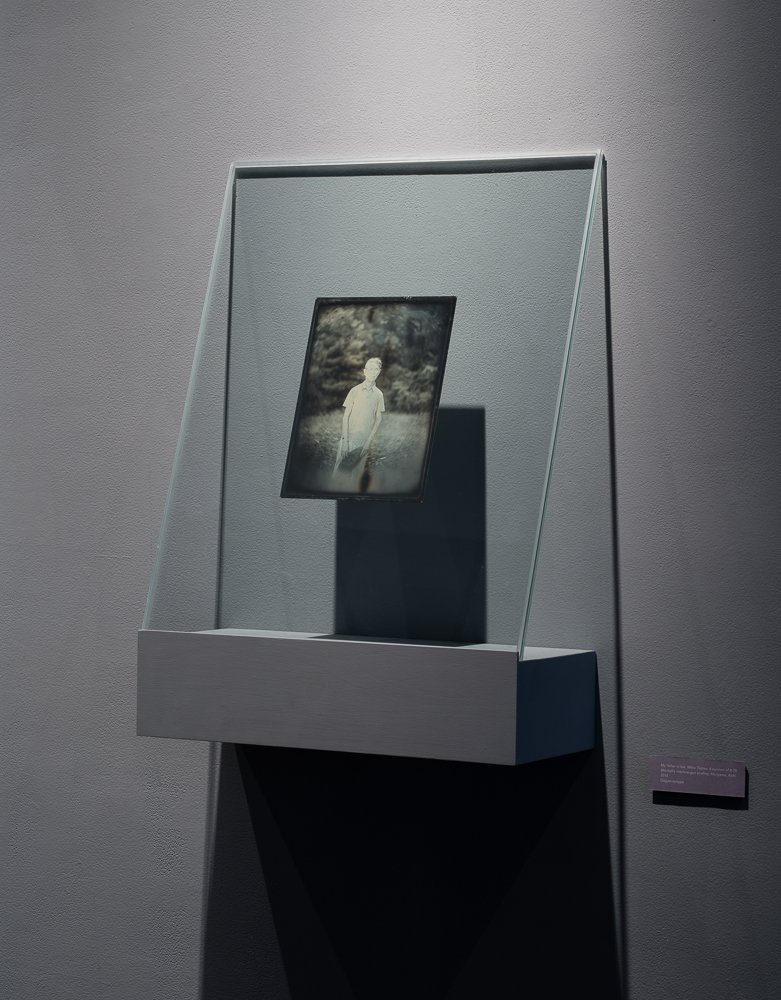 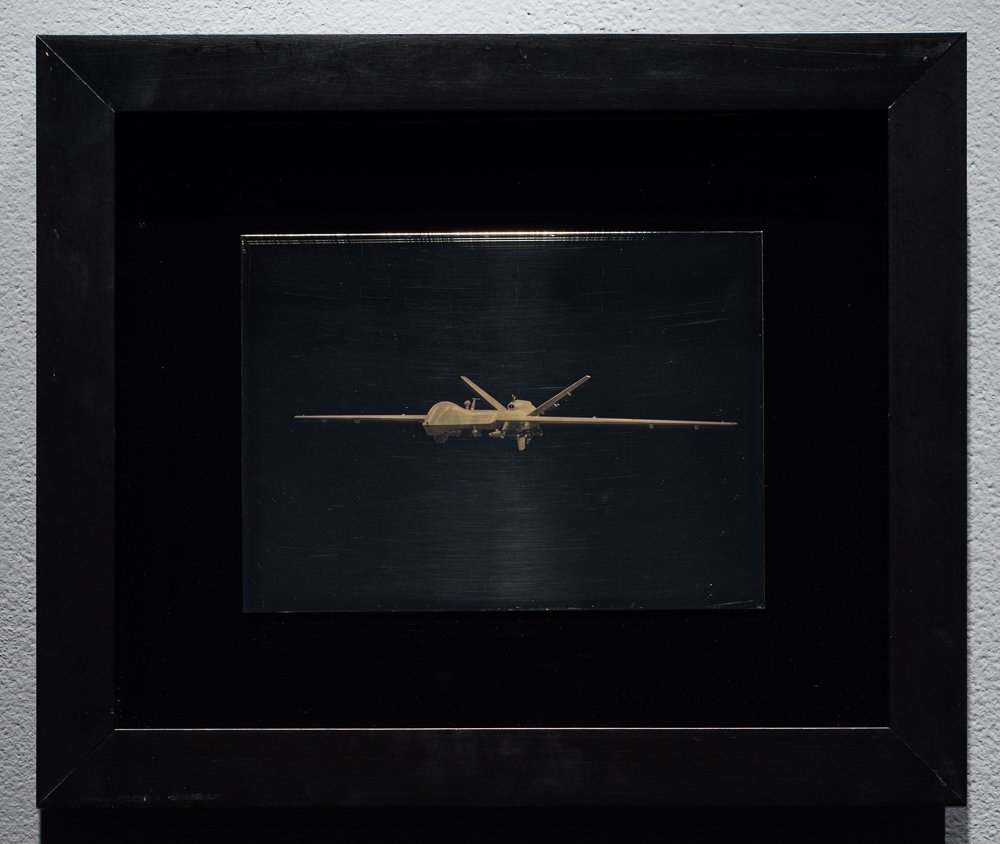 A Maquette for a Monument for YMQ-9 Reaper, 2014MARK MENJIVAR13x19cmDaguerreotypeMARK MENJIVARMark Menjivar

What is the context for your video?

The film is based on the history of the “pumpkin bombs.” During World War II, 49 pumpkin bombs where dropped in Japan as “dummy” bombs prior to the atomic bombs dropped in Hiroshima and Nagasaki. The weapons were nicknamed pumpkin bombs because of their bulbous shape. I am interested in this history because the names given to the bombs seem very humorous. Why would something so destructive be named something “cute” like Fat Man and Little Boy?

See an excerpt from 49 Pumpkins here:

What is the theme in your work?

I am focusing on current and historical nuclear issues and the many connections between Japan and the United States. There is a huge gap between told history and actual experience, which we have to bridge in some way. I’m here at Artpace to complete my new project on the B-29: one of two US bombers manufactured at the end of World War II, which actually dropped the atomic bombs in Japan. We tend to refer to statistics when facing massive ethical questions such as nuclear warfare. For example, the US justified dropping the atomic bomb in Japan with the logic that the act could hasten Imperial Japan’s surrender and minimize the total number of casualties. This calculation might not be wrong mathematically, but in any case there is no way to bridge the ideas of mega death and individual sacrifice. Fifty-four nuclear reactors in Japan were also built justified with similar statistics. Since the 1950’s the Japanese government rapidly built nuclear plants in remote areas to revitalize high-growth economy in the capital. Provinces were sacrificed and critical risks were concealed.

There are always two extreme sides of technology. In societies dominated by economy, technology is always preceded with the statistics of utilitarian viewpoints. My mission is to break down massive issues into observable perspectives of individuals, with the extraordinary detail and durability of daguerreotype.

What is a daguerreotype?

Daguerreotype is the first photographic process developed in the early 19th century. It was invented by Louis-Jacques-Mande Daguerre in 1837 and introduced in 1839 in France. A
daguerreotype is made in a camera directly on to a silver plate. The surface of the plate needs to be highly polished like a mirror before use. Because of this direct exposure on to plates, there can only be one physical image made, and it is not reproducible unlike photos of today.

How does creating daguerreotypes fit into your process?

I call the daguerreotype a “micro-monument.” It is, irreproducible and etched by the light emanating from a particular place—its surface literally carved in 100-nanometer relief. A
monument is an object whose surface has been marked by traces of contact with a certain event, and which arouses emotions and memories in each individual who comes into contact with it. The encounter is a personal experience and cannot be collectively summarized with a single meaning or interpretation.

Is there another component that led you to explore World War II in your work?

My grandfather was a captain of a repairing squadron of Imperial Japanese navy during the war. His abandoned manuscript was found in a battlefield in Rabaul and returned after World War II by US military personnel. He described US bombers many times and that led me to become more interested in aviation of that time period. Also my father-in-law survived machine-gun strafing by a B-25 bomber when he was a schoolchild. He even exchanged eye contact with the pilots. That story gave me the idea to explore two extreme views of the history of air raid, and two extreme views of written history and individual experience.

Why did you choose the title Silverplated?

“Silverplated” or “Silverplate” was the code name of B-29s that were specially fabricated from 1944-1945 for atomic bombing. Forty-nine pumpkin bombs and two atomic bombs were dropped in Japan from these special editions of B-29s. “Enora Gay” and “Bockacar” were both “silverplated” B-29s that belonged to the 509th Composite Group. 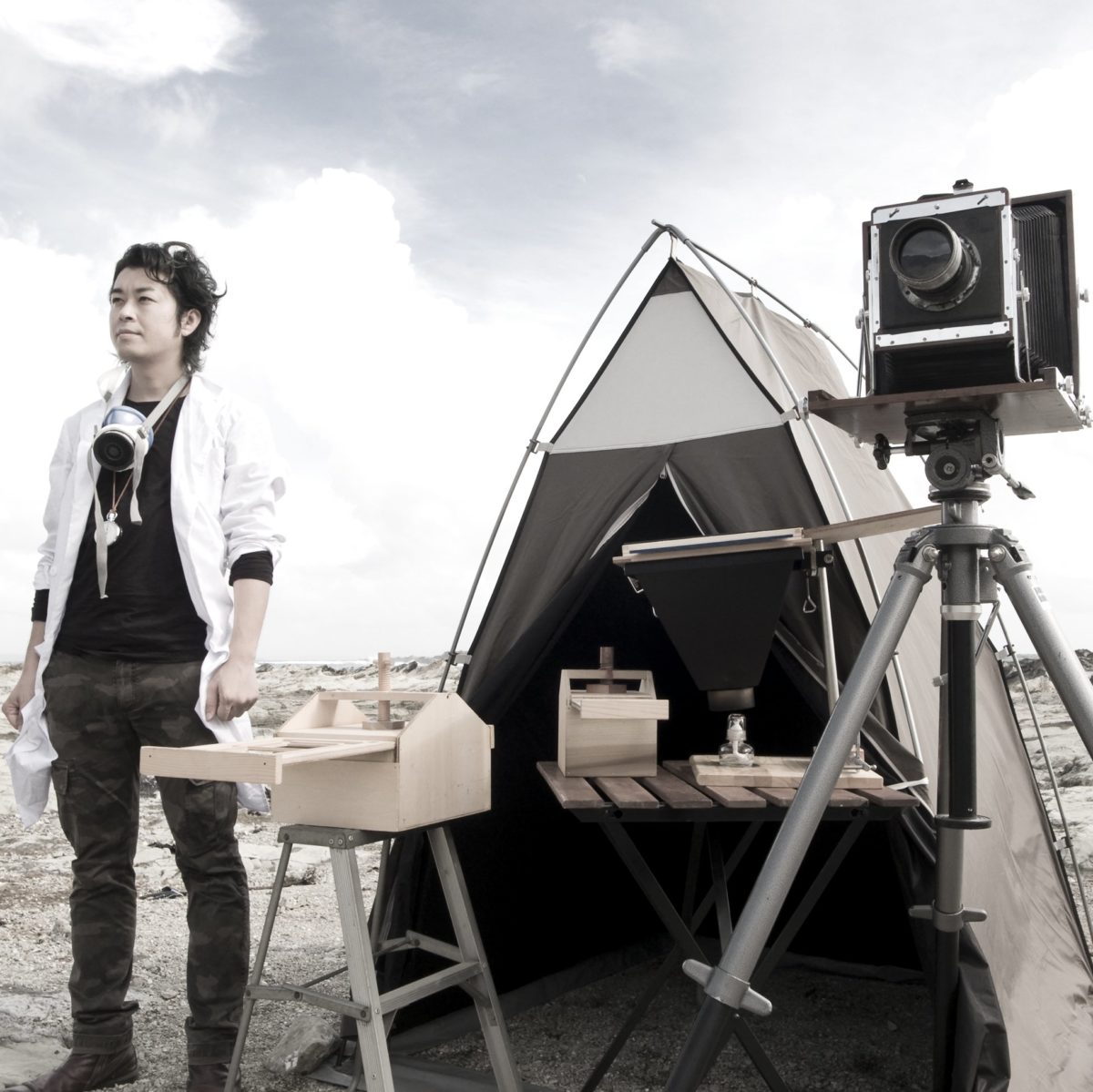 Tokyo-based artist Takashi Arai is well-known as a unique contemporary daguerreotypist in Japan. His work is not meant to showcase the object being depicted, but instead the medium of photography itself. Arai’s major solo exhibitions include EXPOSED IN A HUNDERD SUNS (2014), Photo Gallery International, Tokyo; Out of Doubt: Roppongi Crossing (2013), Mori Art Museum, Eyes of Fukushima 2: MIRRORS HALF ASLEEP (2012), Maruki Gallery for the Hiroshima Panels; Here and There – Ashita no Shima (2012), Ginza and Osaka Nikon Salons; Mirrors in Our Nights (2011), Kawasaki City Museum, Kawasaki, Rendezvous on Mirror (2006), Yokohama Museum of Art. To learn more visit TakashiArai.com.

Mika Yoshitake is Curator at the Hirshhorn Museum and Sculpture Garden in Washington, D.C. At the Hirshhorn, she has curated Yayoi Kusama: Infinity Mirrors (2017), Shana Lutker: Le ‘NEW’ Monocle, Chapters 1-3 (2015-16), Le Onde: Waves of Italian Influence (2015), Days of Endless Time (with Kelly Gordon), Speculative Forms, and Gravity’s Edge (all 2014); Sitebound: Photography from the Collection and Dark Matters (with Melissa Ho in 2012), and coordinated Ai Weiwei: Trace at Hirshhorn (2017), Damage Control: Art and Destruction Since 1950 (2013) and Ai Weiwei: According to What? (2012). A specialist on postwar Japanese art, Mika earned her M.A. and Ph.D. in Art History from UCLA, which culminated in the AICA-USA award-winning exhibition and book, Requiem for the Sun: The Art of Mono-ha (2012). From 2010-2011, she served as the curatorial liaison for the Guggenheim’s Lee Ufan retrospective, and was the project coordinator of Takashi Murakami retrospective at the Museum of Contemporary Art, Los Angeles from 2005-2009. She has published in Artforum, Art in America, and Exposure and in numerous exhibition catalogues including Yayoi Kusama: Infinity Mirrors (Hirshhorn, 2017), Kishio Suga: Situations (Hangar Bicocca Pirelli, 2016), Kishio Suga (Vangi Sculpture Garden Museum, 2015), Carl Andre: Sculpture as Place (Dia Art Foundation, 2014); Tokyo 1955–1970: A New Avant-garde (MoMA, 2012); Lee Ufan: Marking Infinity (Guggenheim, 2011); Target Practice: Painting Under Attack, 1949–78 (Seattle Art Museum, 2009); and © MURAKAMI (MOCA, 2007).949–78 (Seattle Art Museum, 2009); and © MURAKAMI (MOCA, 2007). 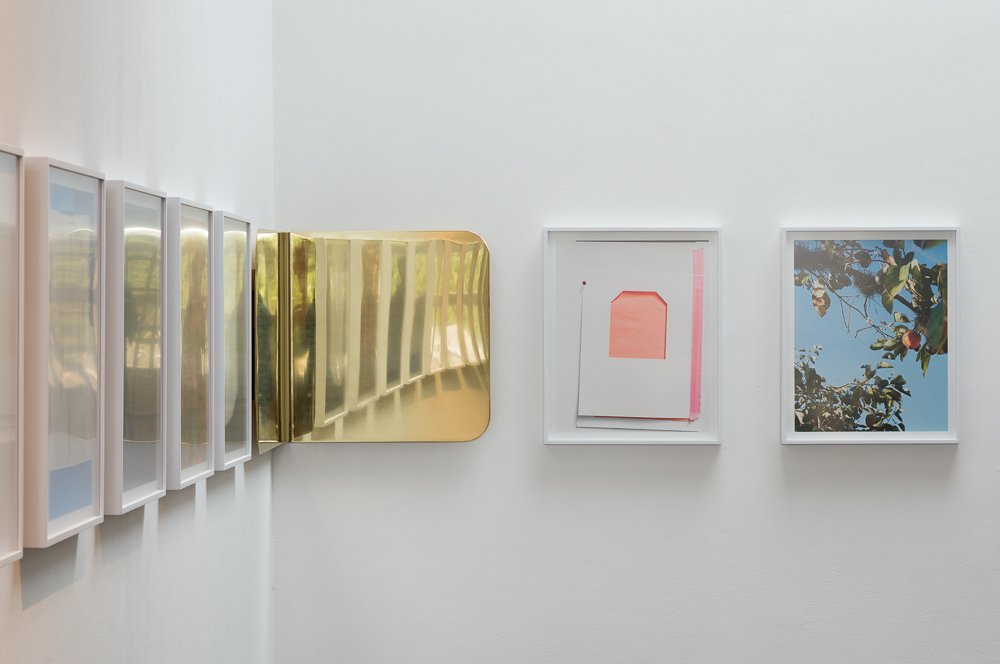 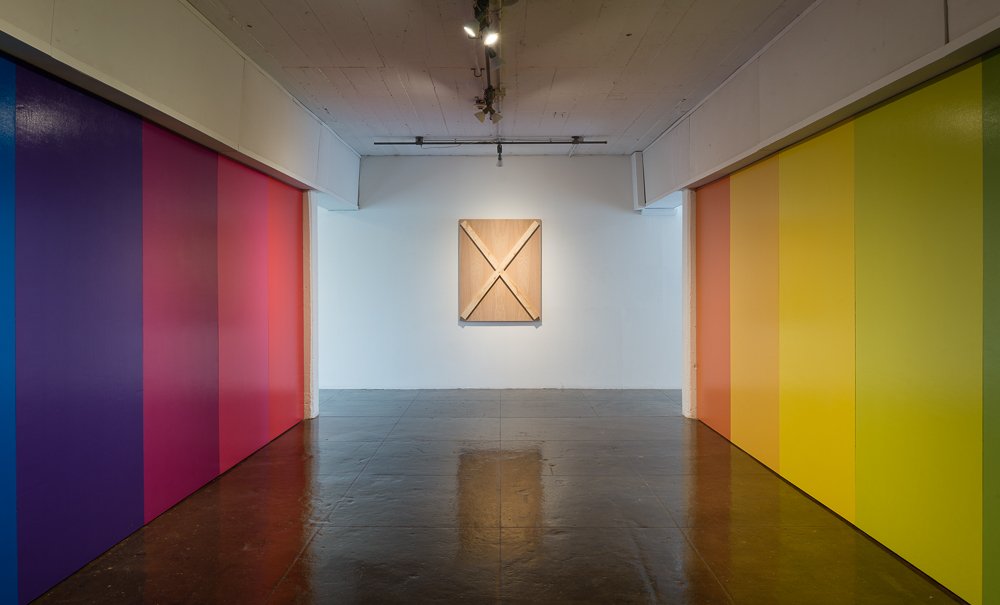