The full moon this fall, All night long I have paced around the pond 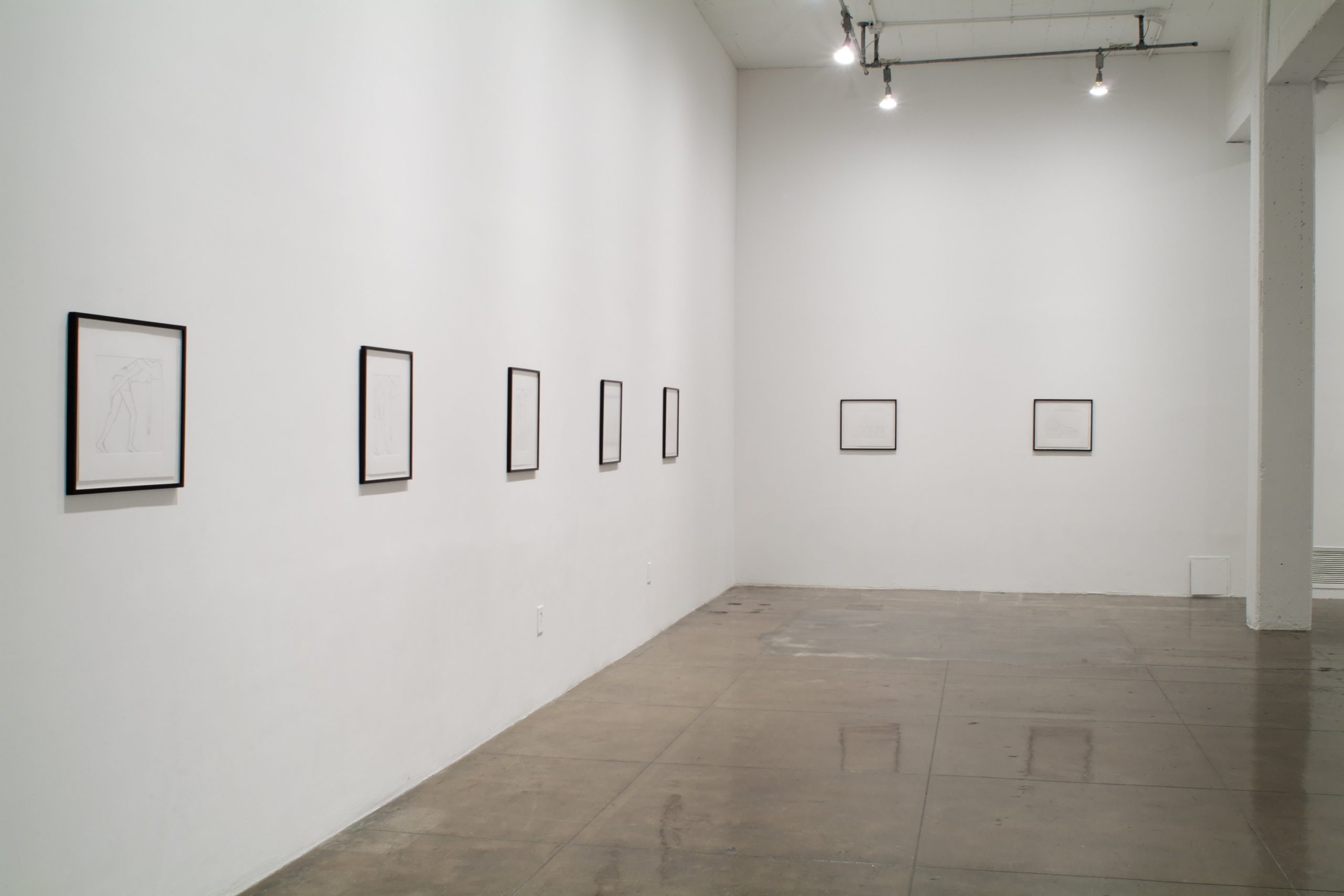 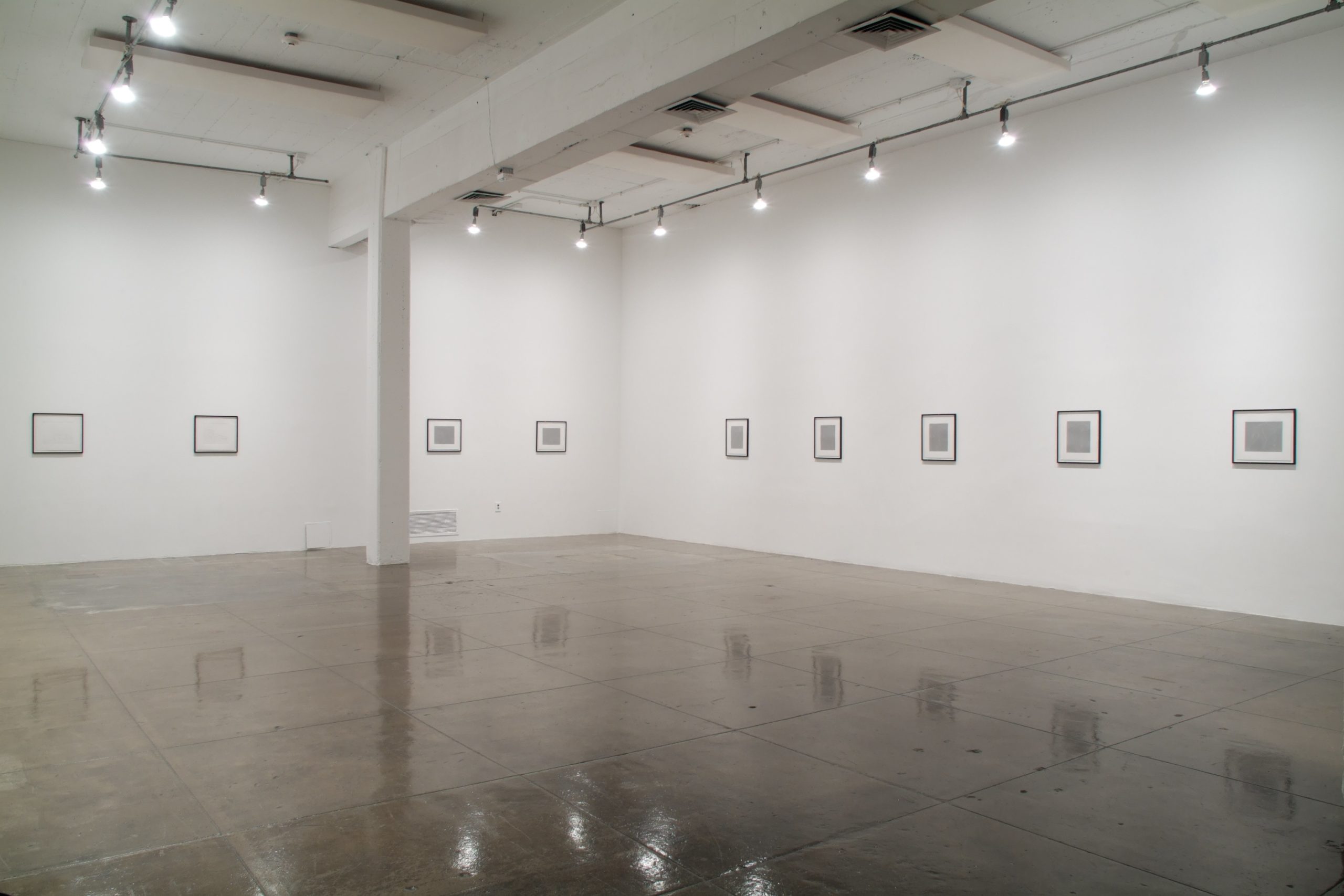 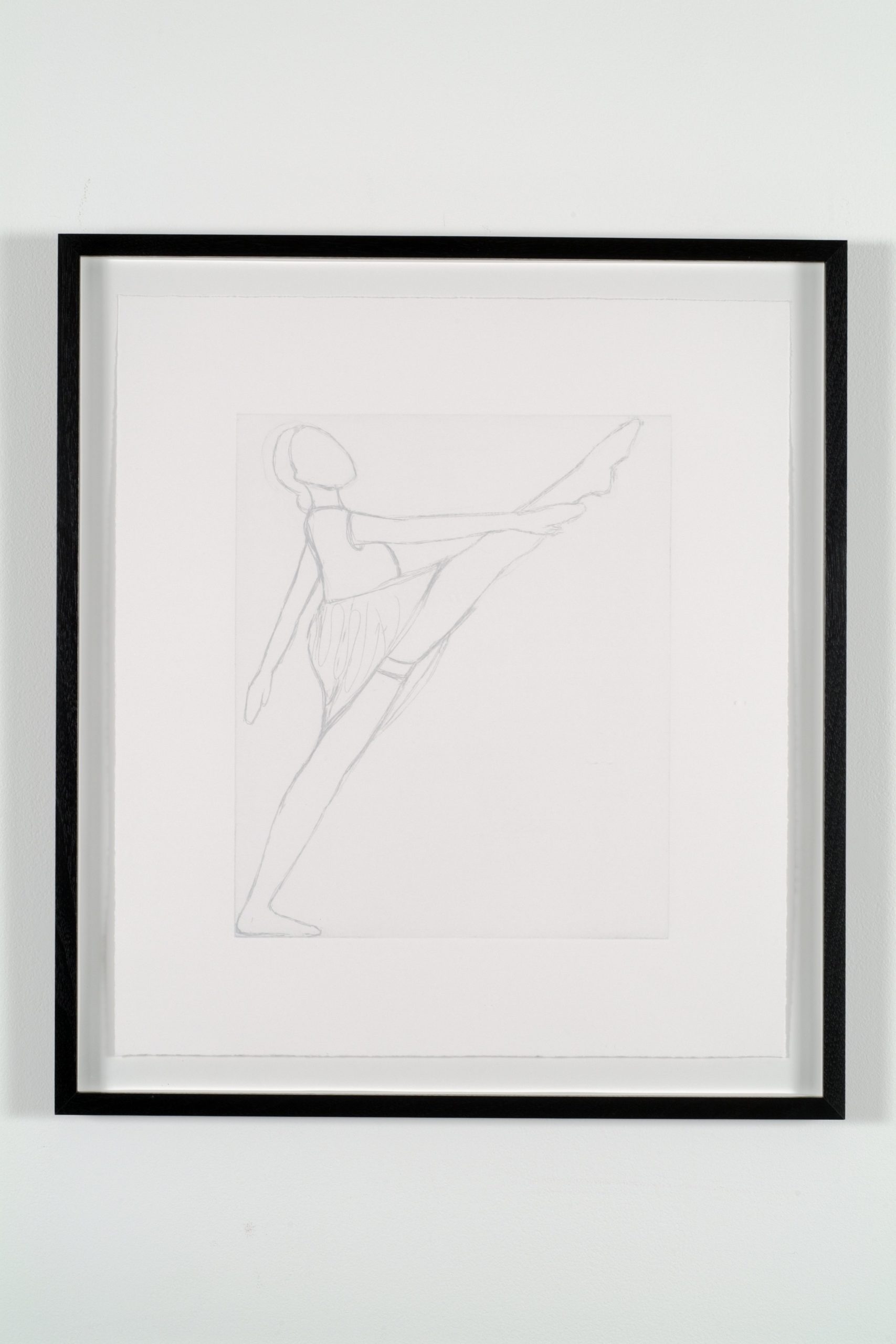 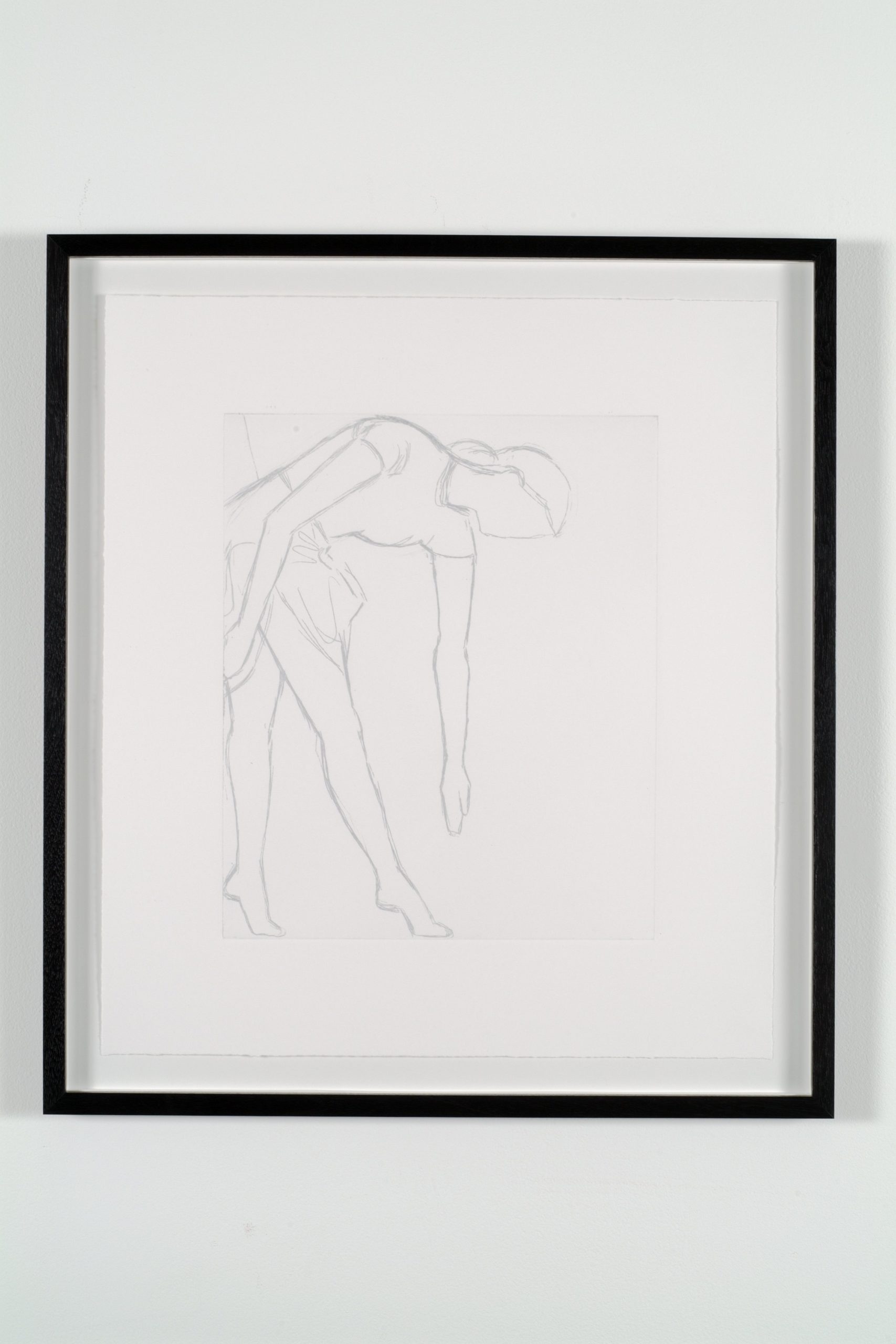 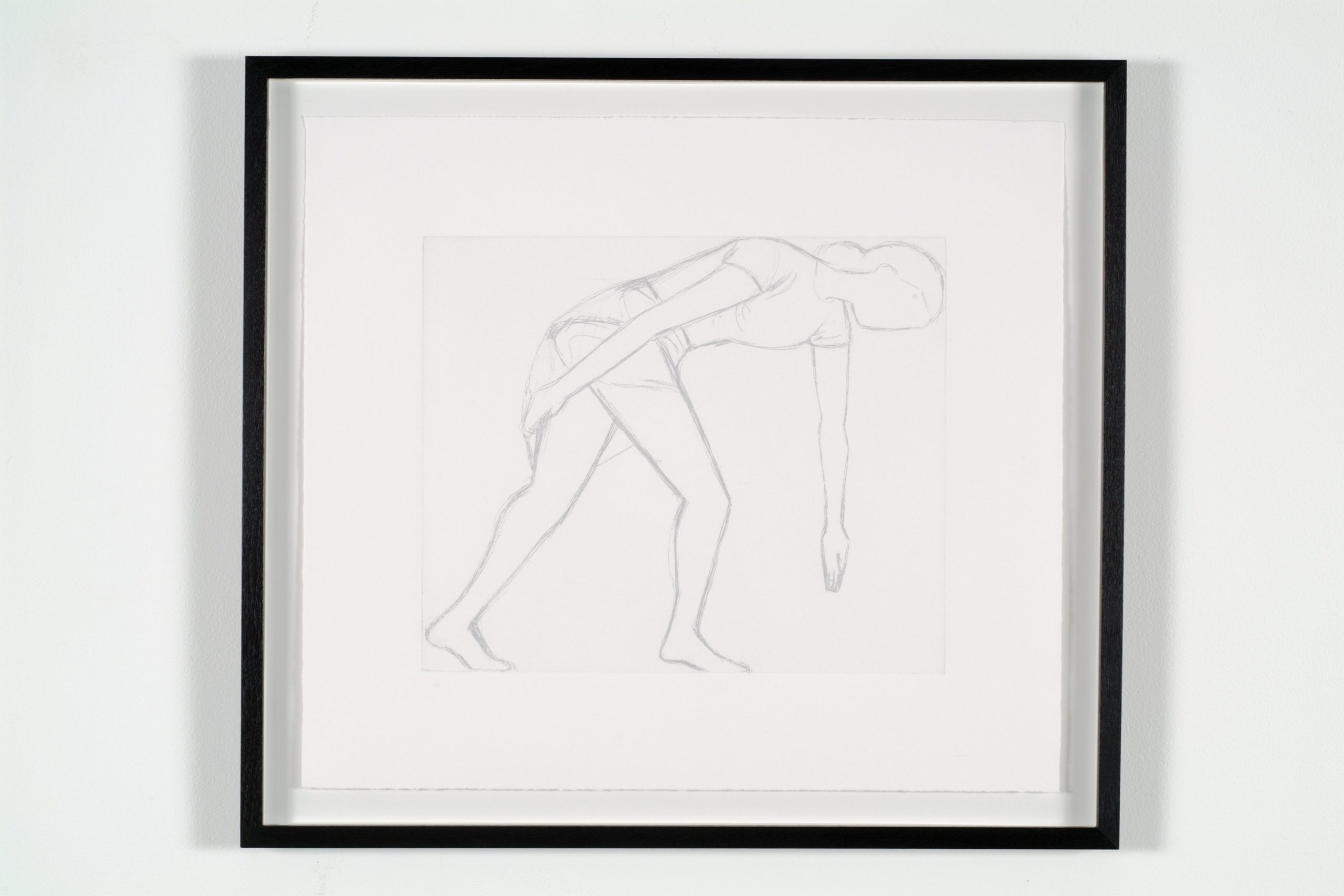 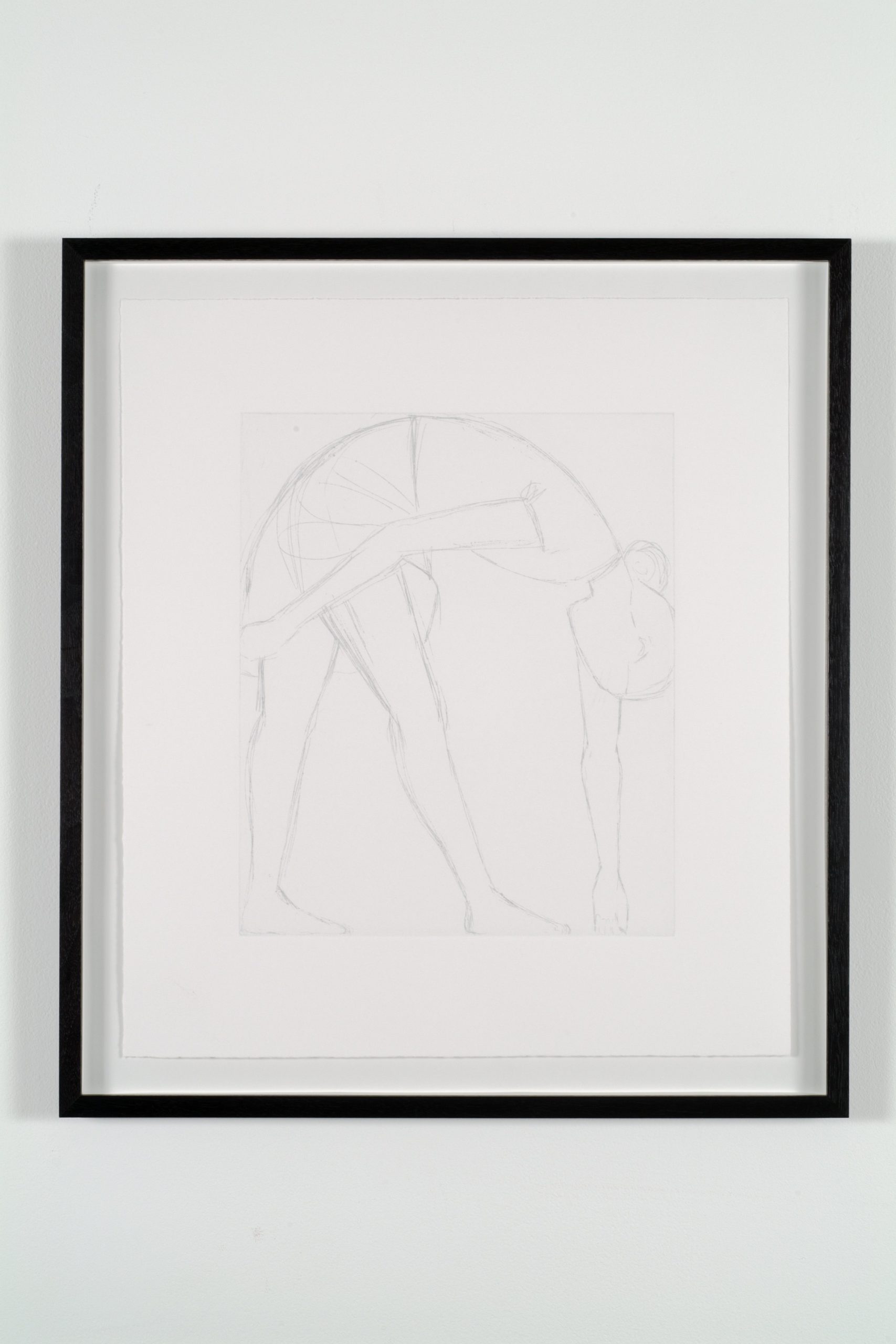 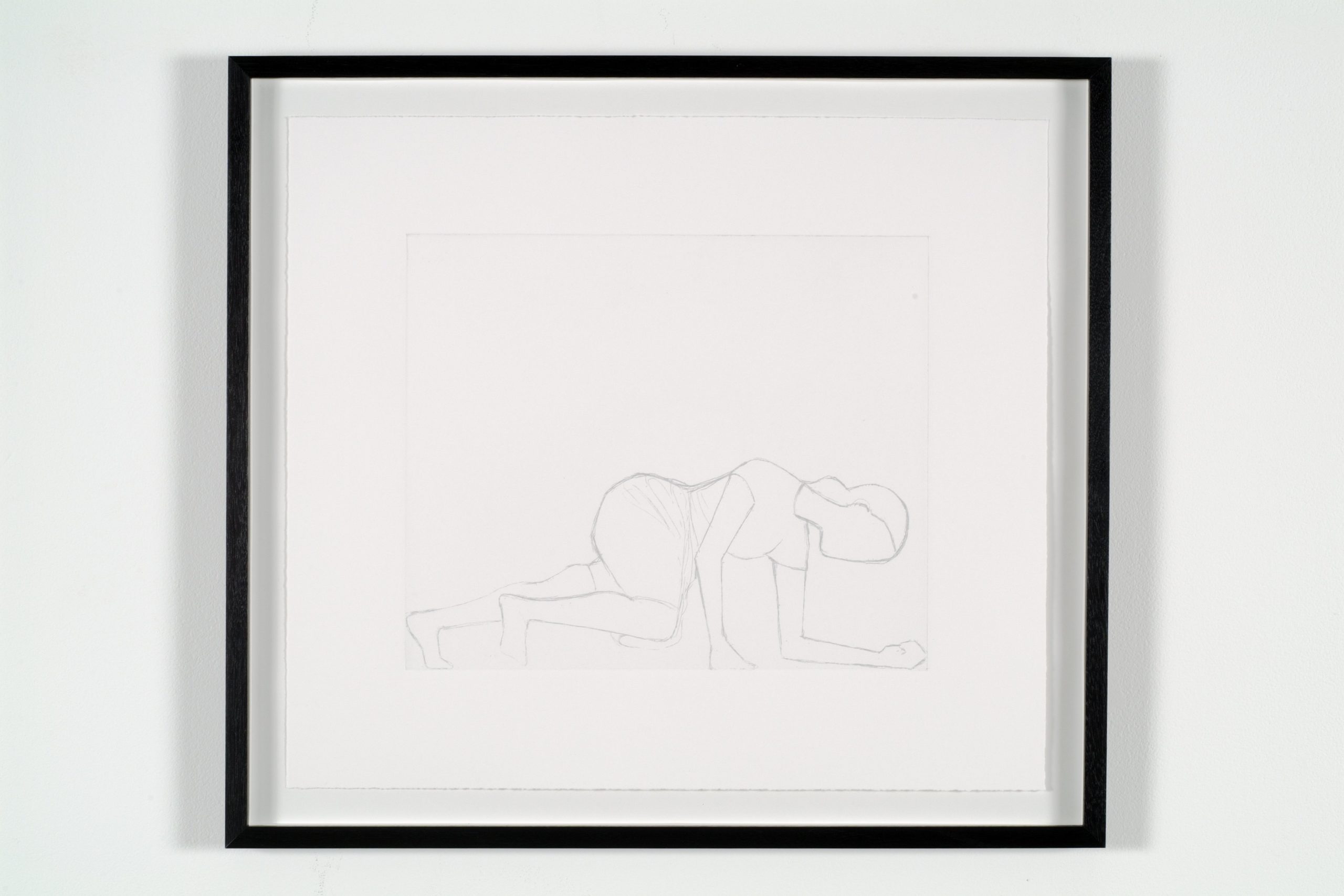 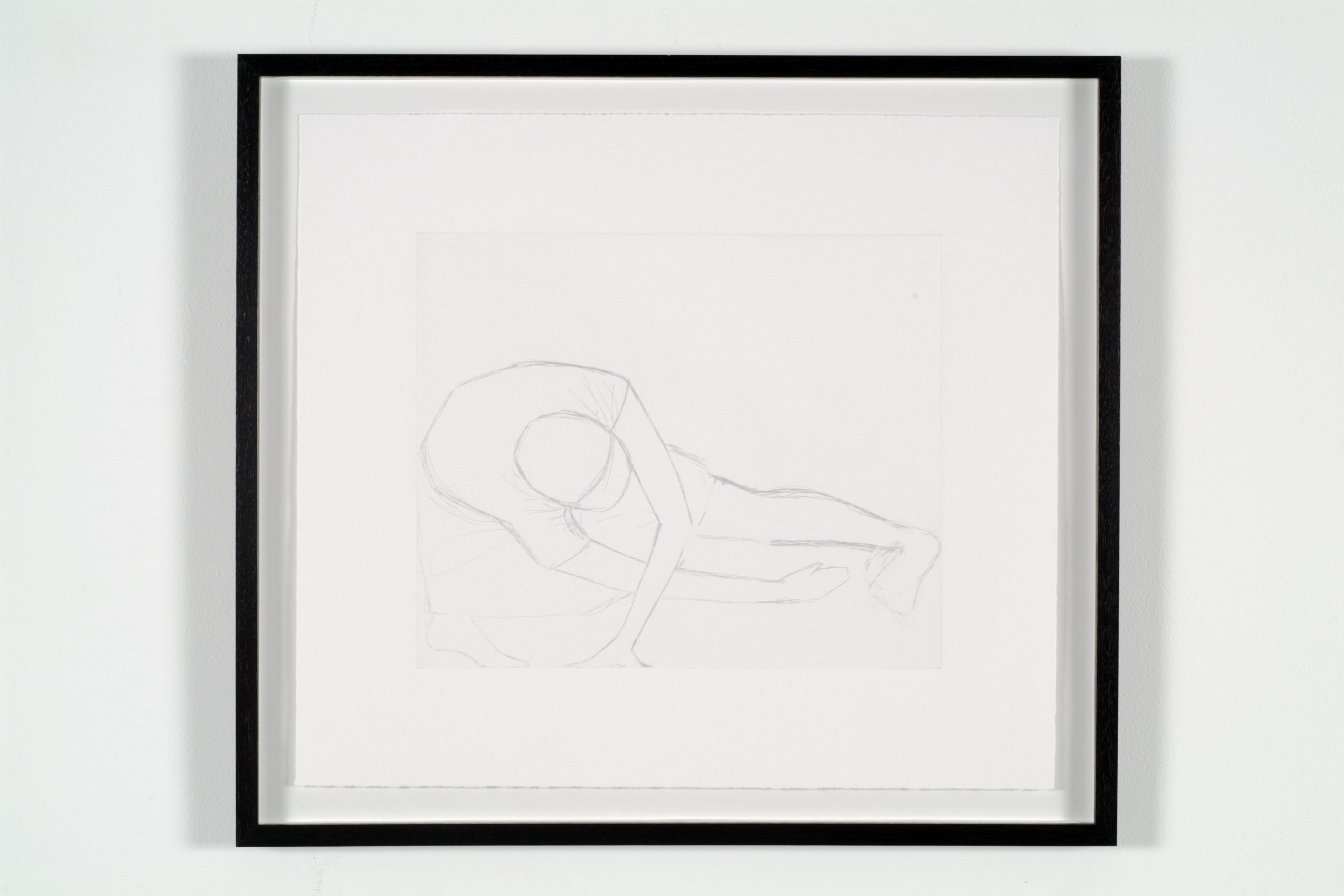 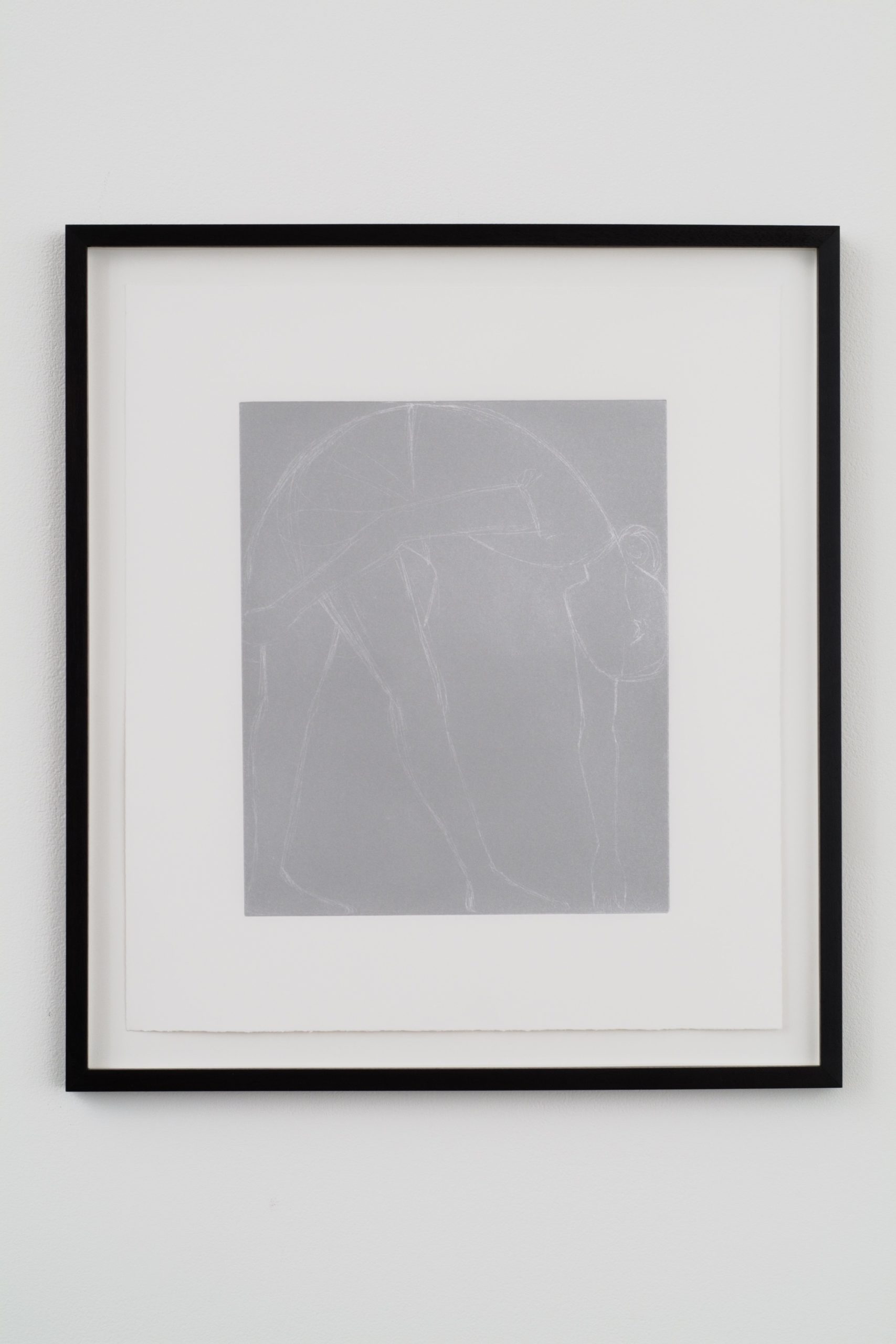 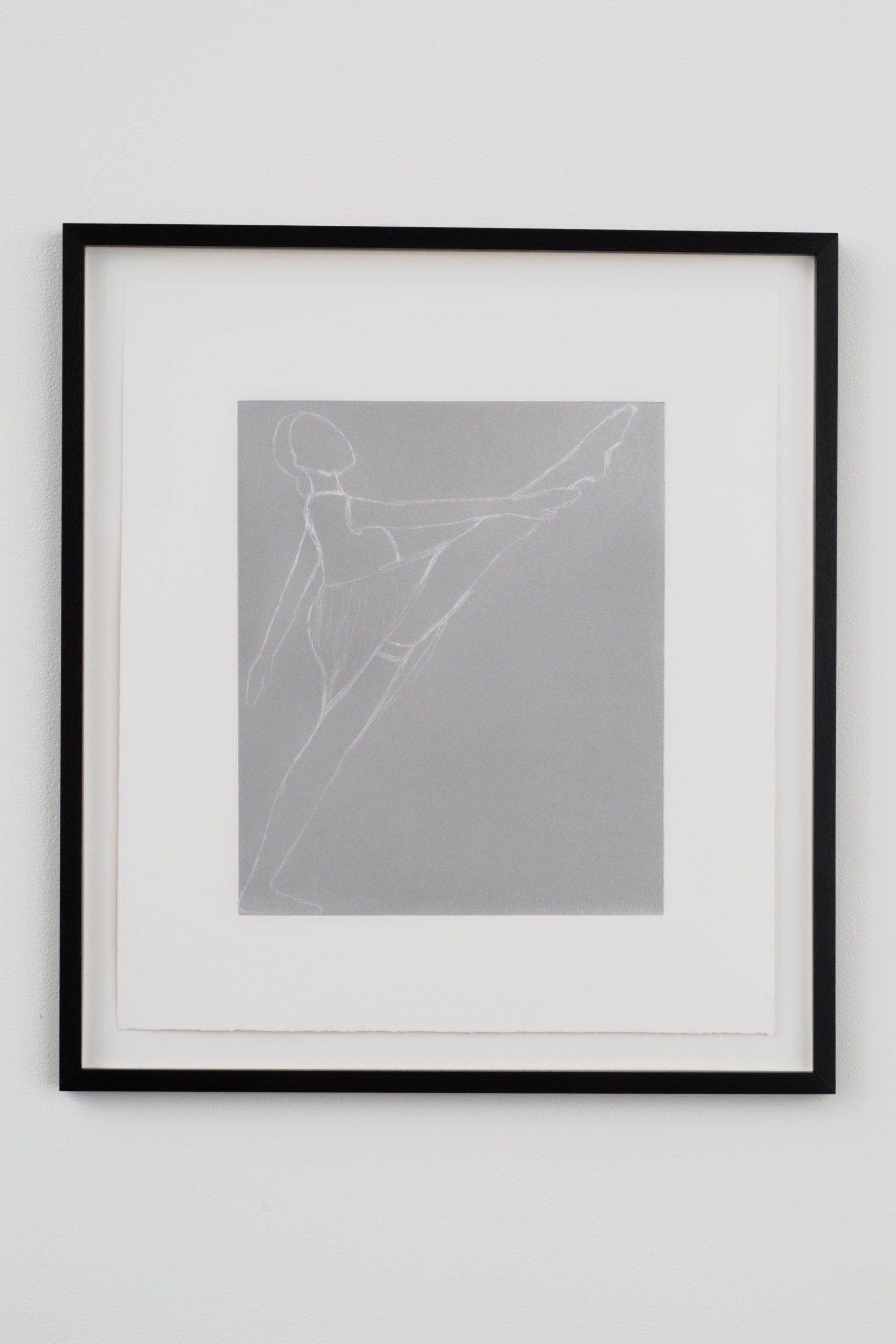 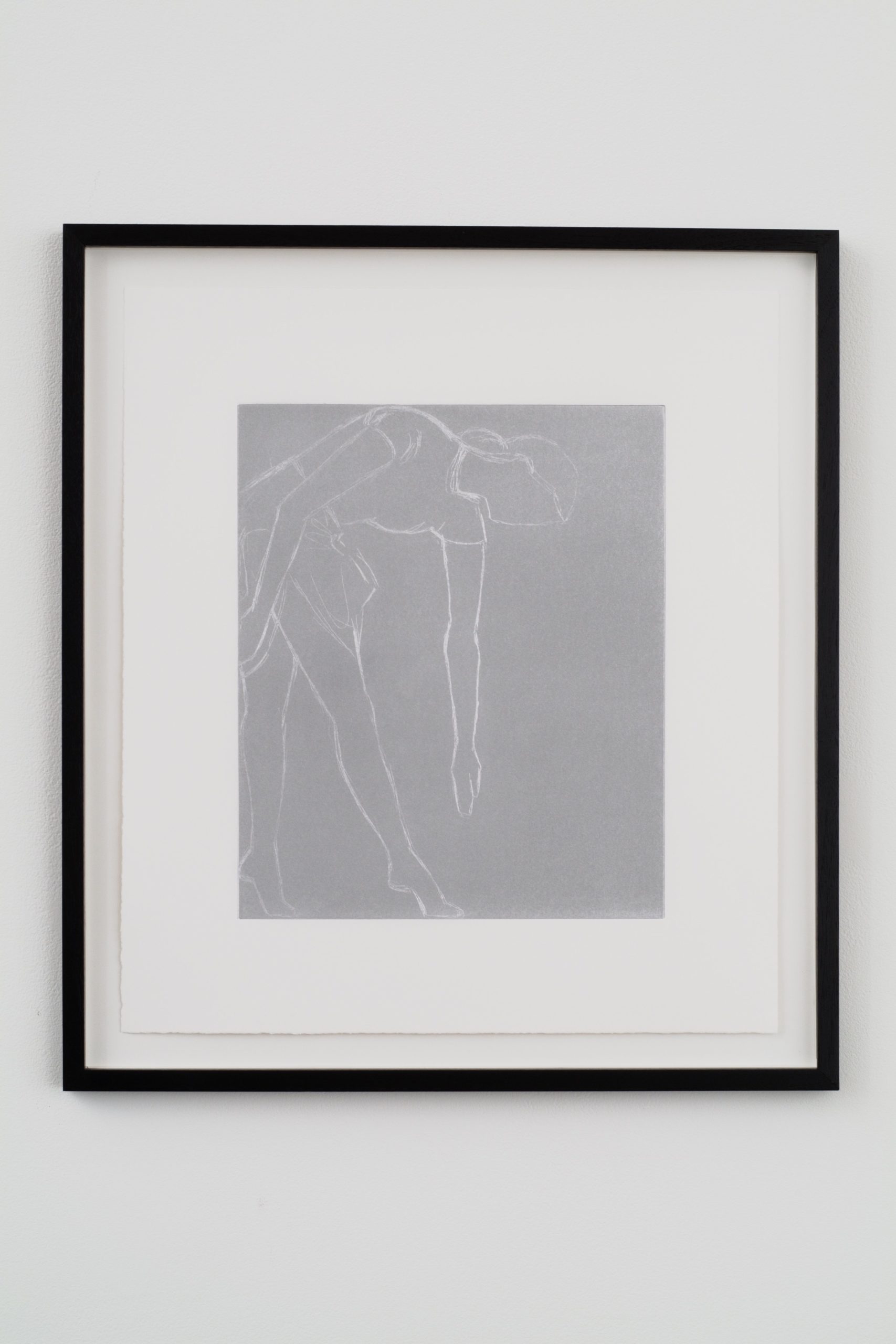 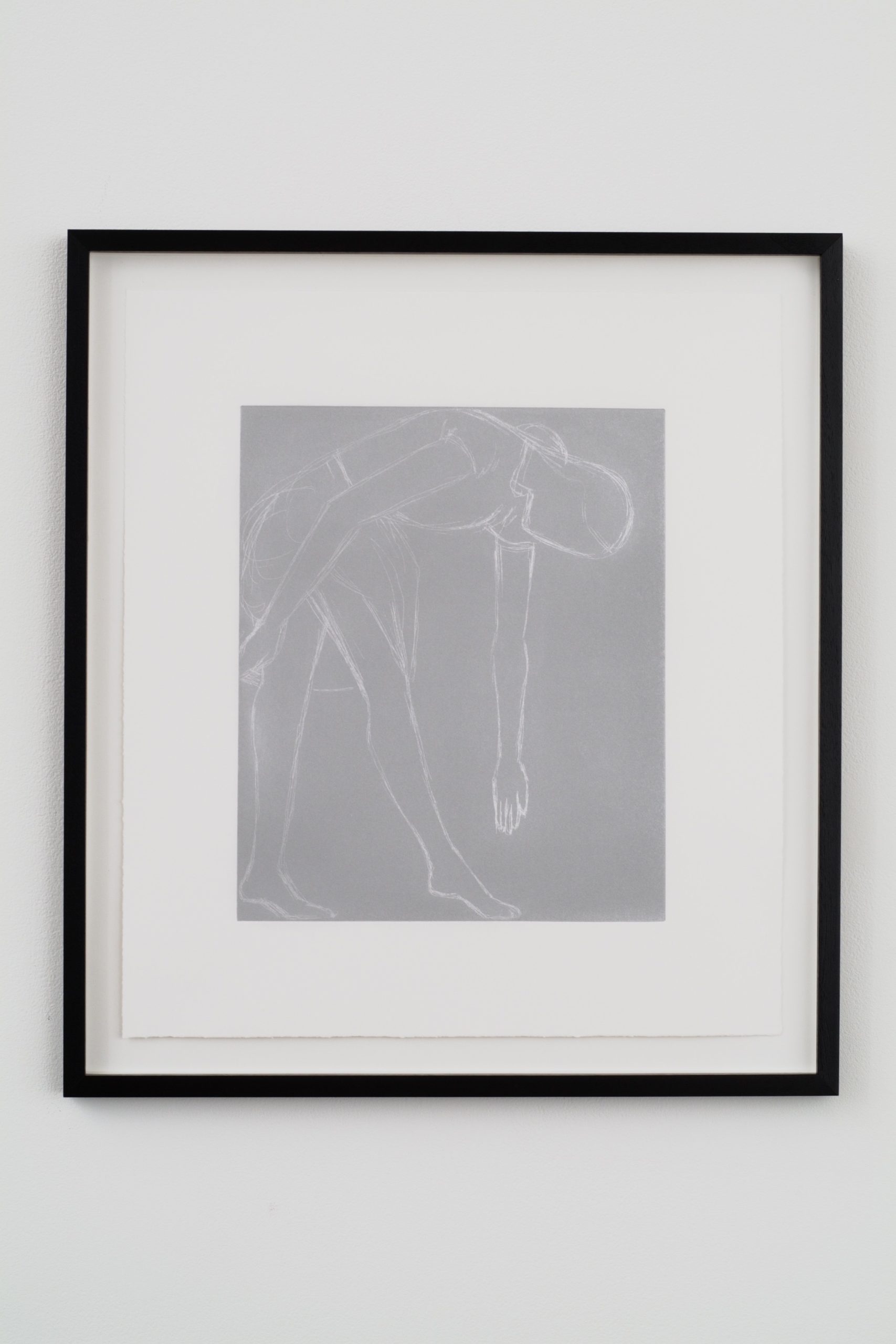 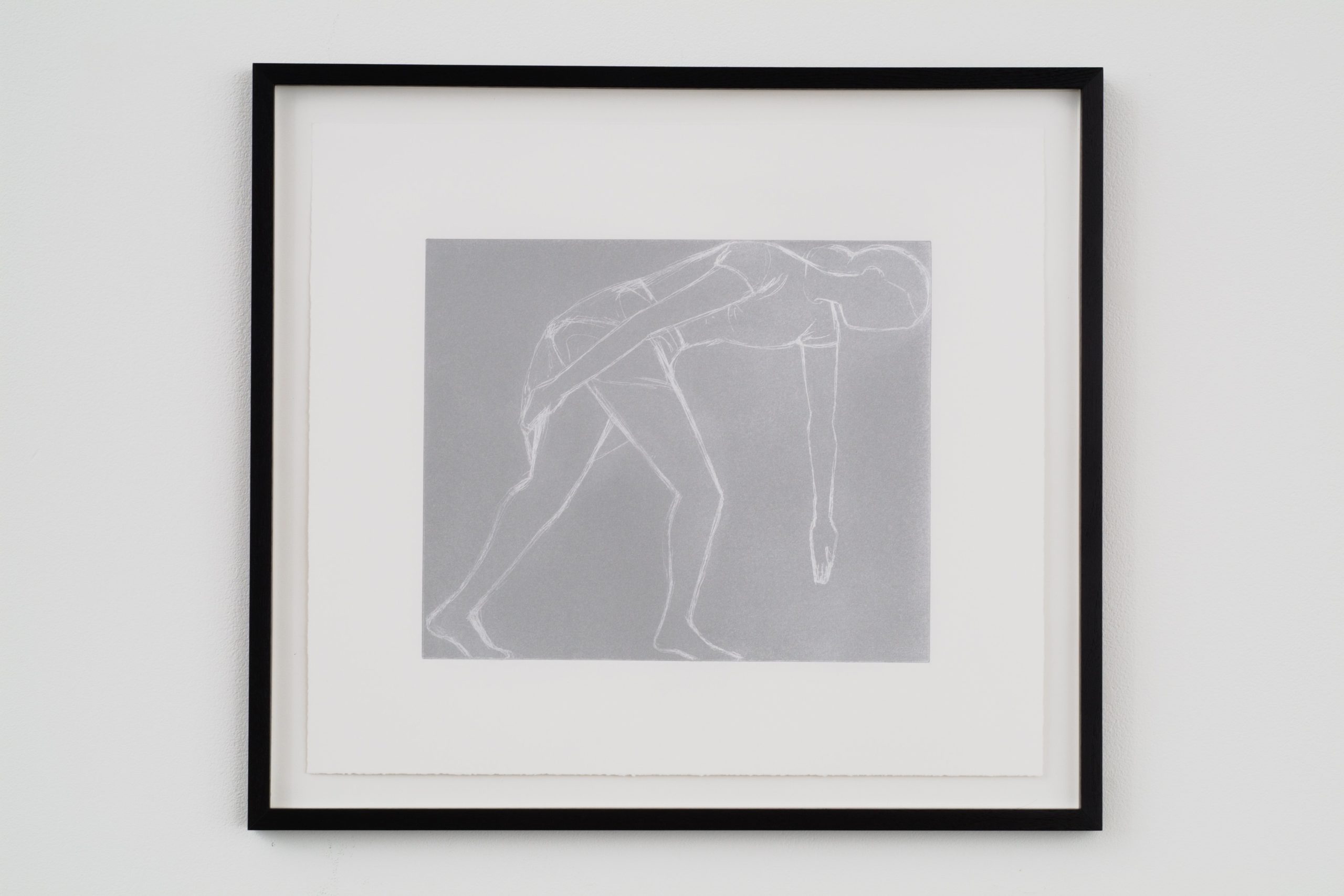 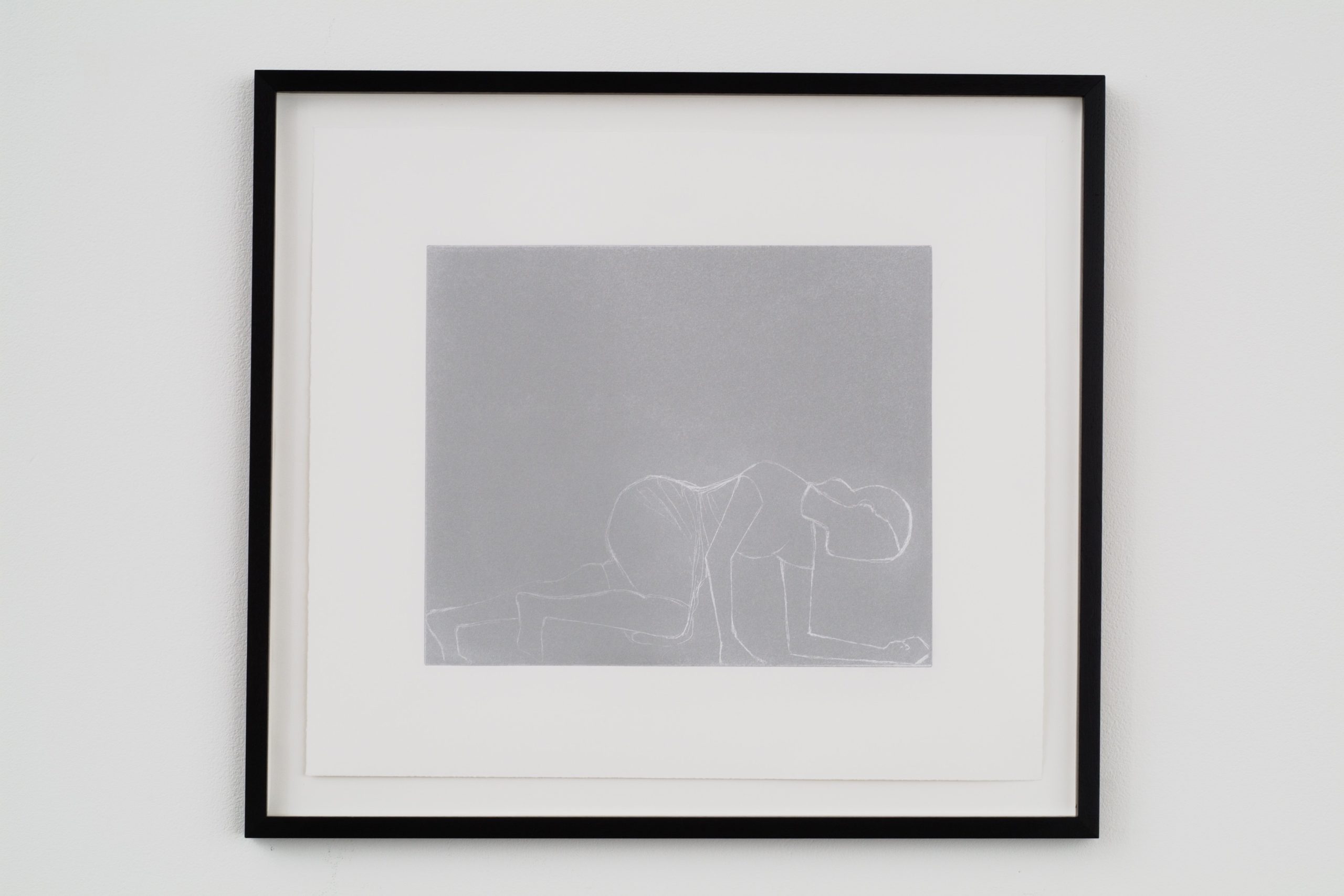 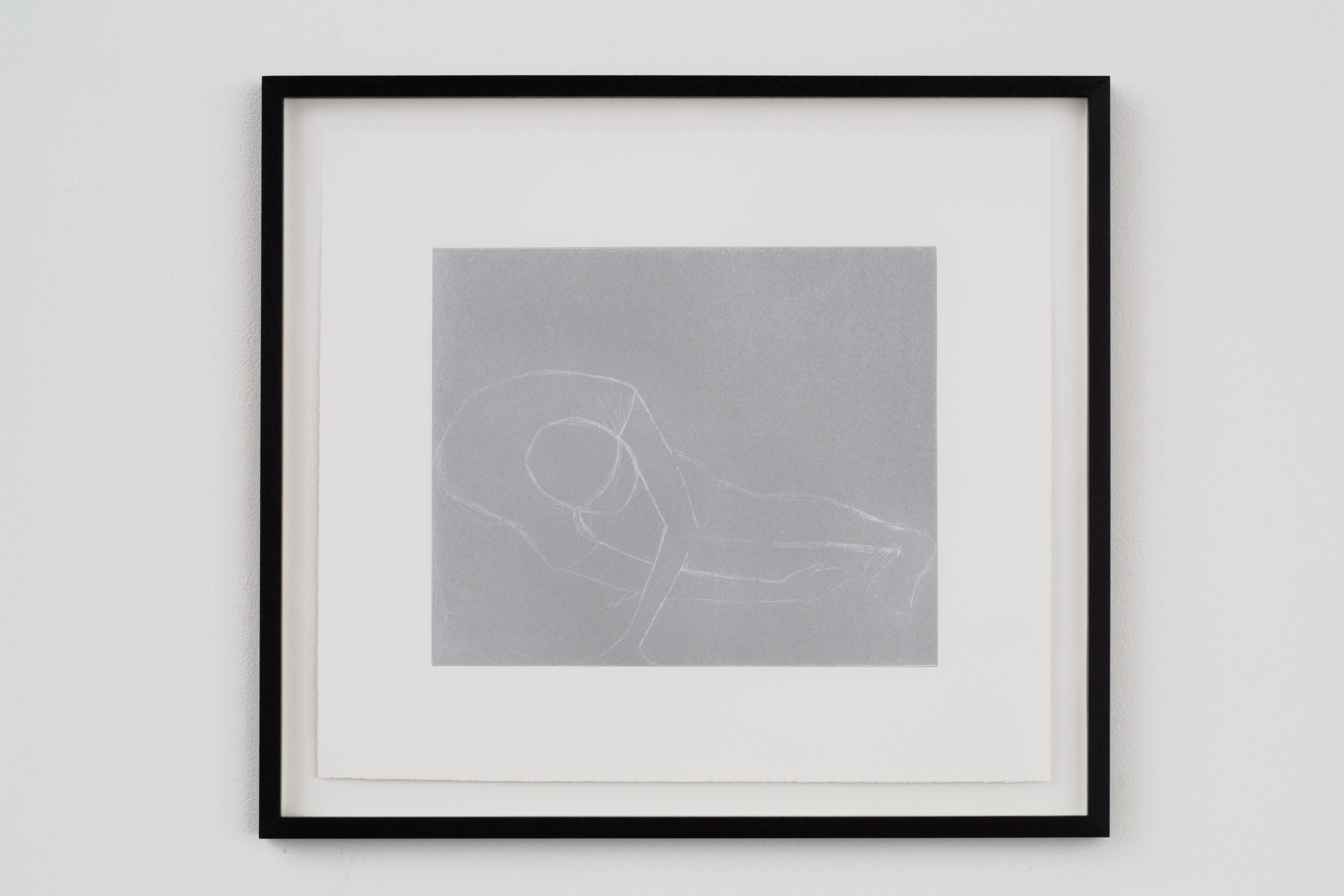 The full moon this fall, All night long I have paced around the pond, Otto-Knapp’s Artpace exhibition, consists of a series of fourteen monochromatic prints that encapsulate the artist’s investigation of the different stages of a choreographed movement. The elegance of the figure’s silhouettes and poses is equaled by the rich texture of powdered metallic silver dust and ink that covers the surface of her relief etchings. Seven intaglio prints explore the lines that make up a pose and seven relief etchings emphasize surface as well as line. The relief etchings’ reflective quality makes it difficult to read the prints in their entirety: varying angles of light and the movement of the viewer produce the perception of a figure in constant flux. The artist’s previous formal experiments with watercolor on canvas share a similar concern for the fluidity of the image.

In her paintings, Otto-Knapp layers and dissolves gouache and watercolor on the canvas. The nature of these types of pigments denies the kind of permanence inherent to acrylic or oil paint. The artist exploits this by removing and adding layers of translucent washes to her compositions. The resulting images have an overall flatness yet appear to float on the surface of the picture plane. Curator Kitty Scott elaborates on the artist’s concern with the relationship between pictorial space and the human figure: “She wants to distinguish the body from space and at the same time keep them as linked and united as possible.” This simultaneity of cohesion and separation is evident in her experiments with etching at Artpace.

In the series of paintings featured in the artist’s recent exhibition-Silke Otto-Knapp: Present Time Exercise, currently on view at Modern Art Oxford, London, UK-she explored the tension between the movements of the dancers and the pictorial space that they occupy. For her figures, she drew on her research in early twentieth-century French and Russian choreography, and the simple, striking forms that choreographer Bronislava Nijinska and costume designer Natalia Goncharova created for Igor Stravinsky’s Les Noces (1923). Otto-Knapp often distills her imagery from primary source material, such as found pictures and photocopied reproductions of ballet images.

In her etchings at Artpace, Otto-Knapp moves beyond her previous explorations of the body’s form by selecting a series of movements rather than a single pose to analyze. Viewed as a whole, these fourteen prints show different stages of one gestural phrase. The different poses recall the movements of a dancer, but their lack of detail and the emphasis on form positions the artwork in a timeless space that transcends the etchings’ original source. Through her combination of optical effects and interest in the universality of movement, Otto-Knapp encourages the viewer to embrace the suspended quality of perception. 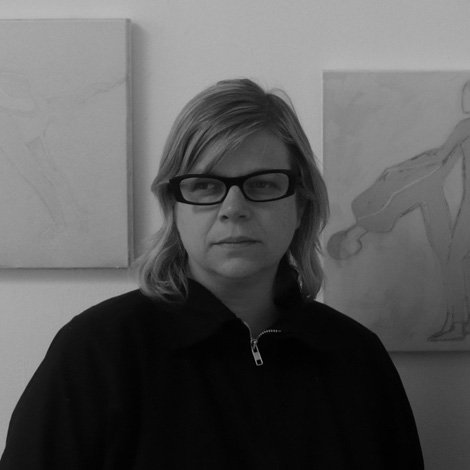 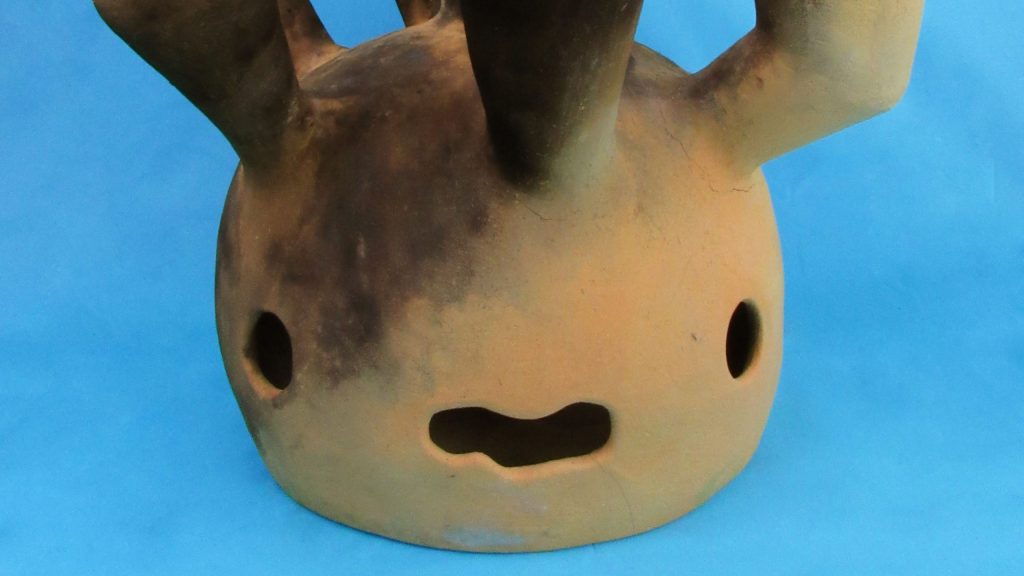 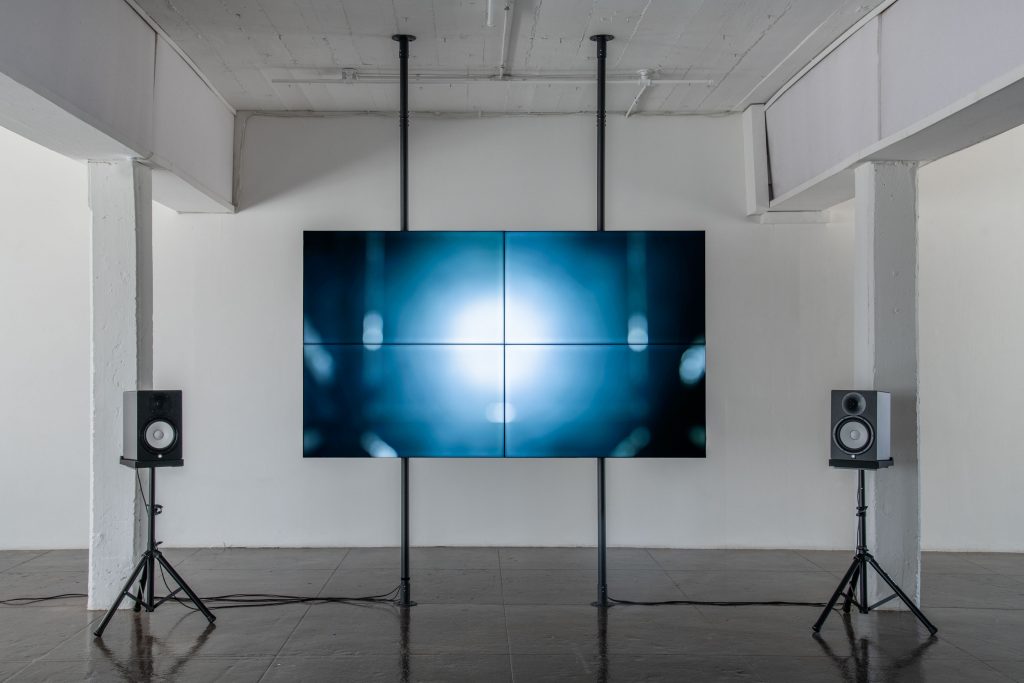