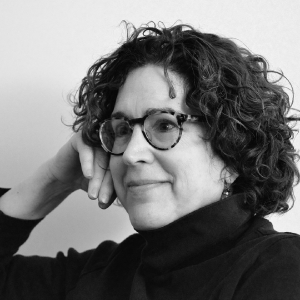 Where are you from?
I am originally from NYC and have lived in Boston since my late twenties, but I still feel very much like a New Yorker, maybe less strident and opinionated but still ambitious and critical.

What mediums do you typically work with?
I tend to dance back and forth between sculpture and printmaking, but when I am thinking about a project I don’t think in terms of mediums. I think about the best way to express the idea. So, either the idea and the medium evolve at the same time, or I get an idea and I take it through a wide range of media. Very often this entails learning a new skill. For instance, I learned how to use Photoshop because I was doing cut paper collage and I wanted to eliminate the cut lines. From there, I started making photo-intaglio prints (etchings) using the Photoshop files. Then, I wanted to make color versions of these prints, so I learned how to do four-color etching. A few years later I was working with appliquéing fabric (really another kind of collage) and I decided that it would be interesting to cut the fabric with a laser. Learning how to use the laser on fabric took me to cutting out wallpaper and cardboard, also using the Photoshop imagery.

How would you describe your subject matter?
The subject matters usually come from something that I am struggling with, but I don’t use art making as personal therapy; it’s more about taking an idea like “how can I, or anyone, cope with all of the pain and drama of having a family member who is an addict?” This is where the staircase idea came from. I was trying to learn how to rise above the inevitable entanglement that comes with trying to help or “fix” an addict. I had to learn to let go of trying to fix someone else and do my life from another perspective. It is a winding and difficult process.

What inspires your approach to making work?
I think the fact that my father is a World War II disabled veteran influences my work. One side of his body is paralyzed from a wound he sustained at the Battle of the Bulge, which took place in the Ardennes Forest in Belgium. I went to the Ardennes a few years ago; images of the forest show up in some recent work, but I think that growing up with someone who is damaged has influenced some of the split and dysfunctional pieces that I have made.

The ladders came from an idea that I had when someone I love was under a Baker Act, which is a “means of providing individuals with emergency services and temporary detention for mental health evaluation and treatment when required, either on a voluntary or an involuntary basis.”[1] She was detained in a mental health facility for 48 hours. I imagined her in a locked room with no way out. It was a very painful thought and I yearned to help. I imagined that she would have access to paper and that she could make ladders and somehow climb out a high window or skylight. When I think back on it now, I was trying to empower her to help herself to find strength and ingenuity.
1. The Baker Act is Chapter 394, Part I, Florida Statutes

Shepherd is a member of the Executive Committee at the Boston Sculptors Gallery and is the President of the Boston Printmakers. Her new Hudson (Show)Room exhibition Up & Out opens May 12, 6-9pm.