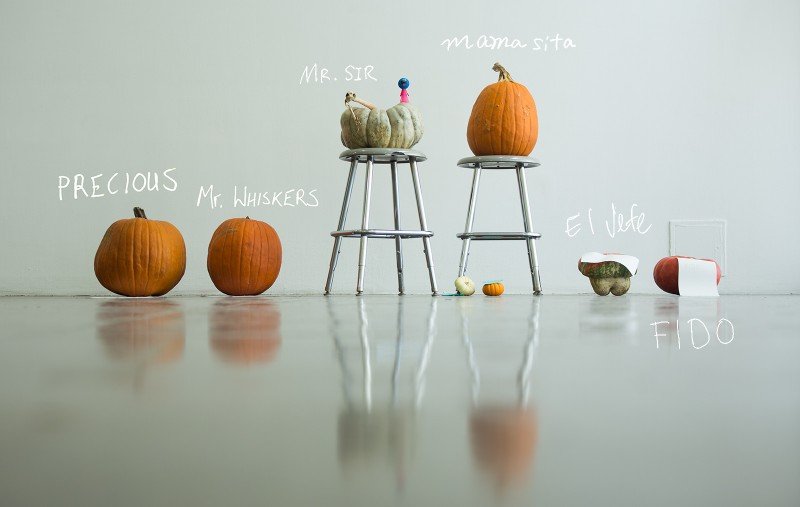 Fall 2014 International Artist-in-Residence, Takashi Arai, is asking for your help! We need over 50 pumpkins by November 4 at 5pm to make his project a reality.

Why pumpkins you ask?

Prior to the Nagasaki bombing, “pumpkin bombs” (a highly explosive dummy-bomb) were used to imitate the aerial characteristics of the nuclear bomb. Forty-nine pumpkin bombs were dropped in the major Japanese cities between 1944-1945.

Fall 2014 International Artist-in-Residence, Takashi Arai, found this historical fact fascinating, and is choosing to recreate the memory of the pumpkin bomb by dropping pumpkins off of a B-25 World War II era aircraft for his Artpace project. Through his research, Arai also discovered each atomic bomb was given a unique moniker like “Little Boy” or “Fat Man.

This is where YOU come in.

Help make art happen by donating a pumpkin to Takashi’s project today! Just bring a pumpkin to the Artpace front desk, label it with the nickname of your choice, and leave your contact information.

Contributors of the Ugliest, Fattest and Best-Named Pumpkins will each win a free Taco Friday Taco on November 7!