all things that grow 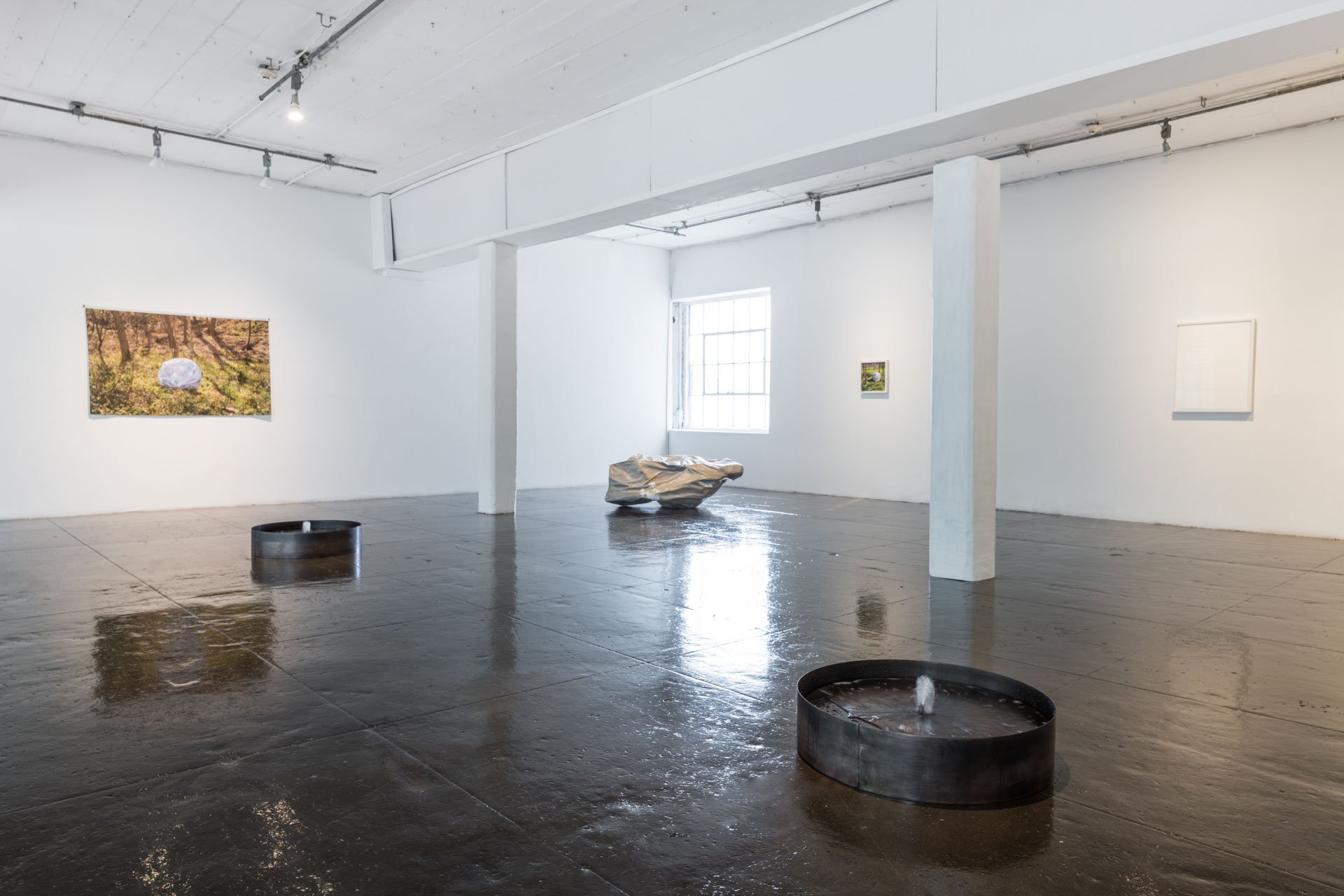 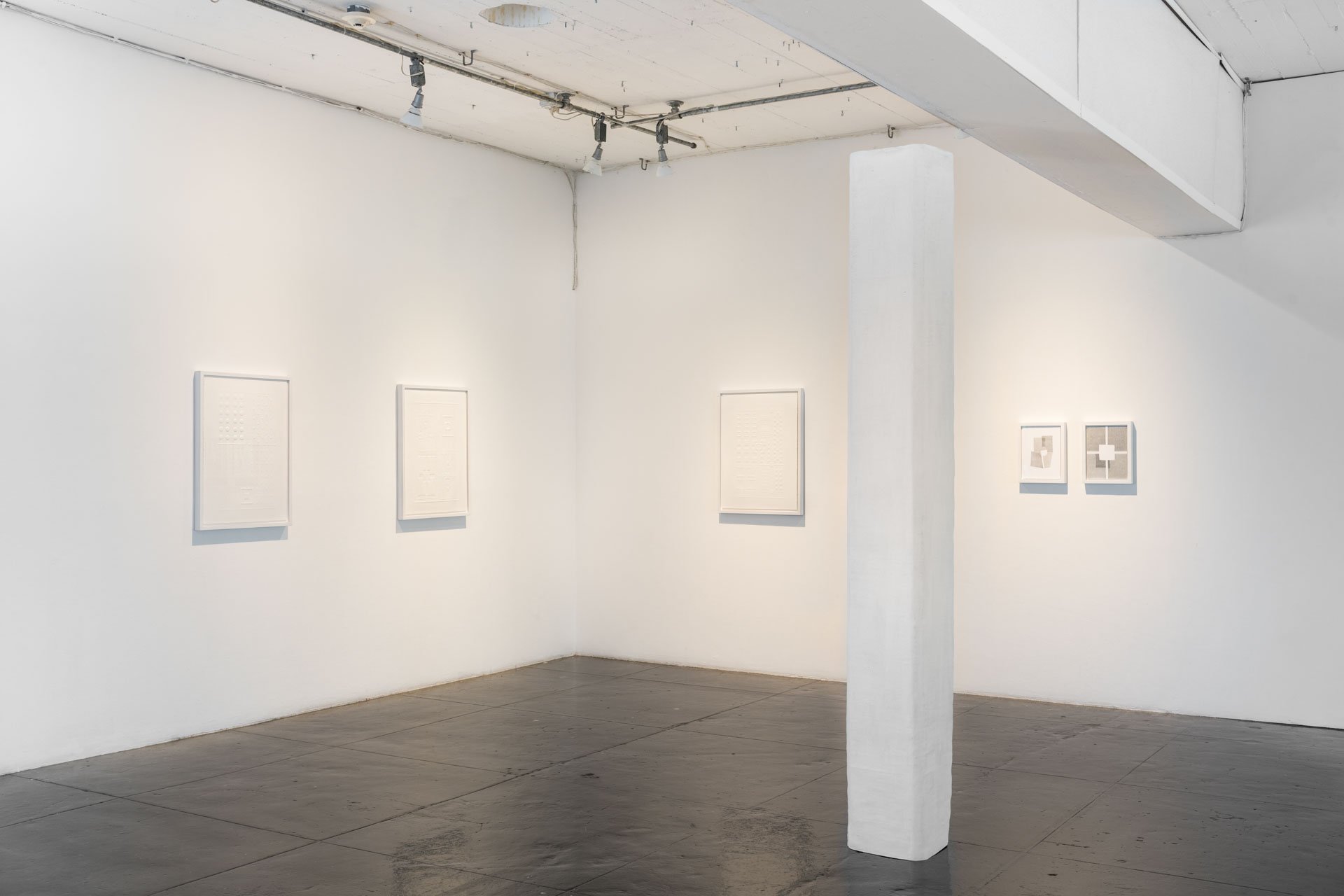 In all things that grow, the Iranian-born, Tucson-based artist Nazafarin Lotfi explores space as a construct and references the design of archetypal gardens as utopian spaces, specifically, those that originated in the ancient Iranian plateau. Those enclosed green spaces were built as idealized landscapes for pleasure, rest, and contemplation, and they served as a respite from the harsh realities just outside their walls. Constructed gardens have also given physical form to political ideologies. They represent a manifestation of power and dominion not only through manipulation of the natural environment but also through the closing off of space to the untamed and undomesticated. In these ways, the walled garden introduced the processes of inclusion and exclusion and marked the growth and expansion of imperialism into space. Given the turbulent history of Iran in the past century—moving from one dictatorship to another, a failed revolution, and decades of suppression and terrorization of dissidents—the garden still offers a relevant alternative space for unrealized dreams and possibilities. The utopian imagination that green spaces call forth, therefore, may also be understood as a tool for fighting oppression.

Individually and collectively, Lotfi’s photographs, sculptures, prints, and drawings make reference to gardens while also reconstituting the gallery space as garden-like. The fountains in the center of the gallery are components regularly featured in gardens, and they transform the space into something akin to our collective memory of those spaces. Water’s contemplative quality and flowing, meditative sound creates a multisensory experience and provides an impression of being both inside and outside—hallmarks of the constructed garden.

In her photo series All Things That Grow, Lotfi is shown holding large boulders in locations around San Antonio that exist as both man-made and natural. One example on view, Folded Ground, is a sculptural form made by papier-mâché casting of objects found in the Artpace building. This boulder’s form evokes a crouching body and is in conversation with the series of photographs, wherein fragments of the artist’s body are exposed as the rest of her form merges, visually and playfully, with the sculpture.

The all-white, embossed prints of the series Enclosed Landscapes represent designs inspired by original plans of ancient Iranian gardens. They function as maps highlighting possibilities of spatial organization, ordering and reordering space, and inviting the viewer to participate in their ideation. Nearby are Four-Fold, two small, colored pencil drawings that suggest an alternative to the embossed prints as spatial maps reconfiguring how space is understood and imagined.

Lastly, though perhaps the most subtle intervention in the gallery, are papier-mâché pillars cast from existing columns in the space. The artist uses these to disrupt and disorient the architectural layout for gallery visitors, especially those already familiar with the space.

all things that grow offers viewers different sensations, desires, and experiences in order to generate a palpable sense of possibility in the constructed garden. Yet, since the utopic space or landscape is both imagined and never fully realized—a placeless place that can both liberate and exploit—Lotfi intimates that there are undeniable limits to one’s understanding of Utopia.

The artist would like to extend special thanks to Gary Nichols of Hare Hound Press, Charlie Kitchen, and Jenelle Esparza. 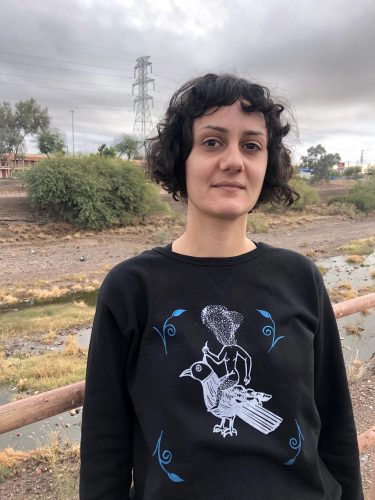 Lotfi received a BA from University of Tehran in 2007 and an MFA from the School of the Art Institute of Chicago in 2011. She is the recipient of Phoenix Art Museum’s Artist Grant, a stART Grant from the Arts Foundation for Tucson and Southern Arizona, and a CAAP Grant from the Department of Cultural Affairs and Special Events, City of Chicago. In 2015–16, Lotfi was awarded an artist residency from Arts + Public Life and Center for the Study of Race, Politics, and Culture at the University of Chicago. 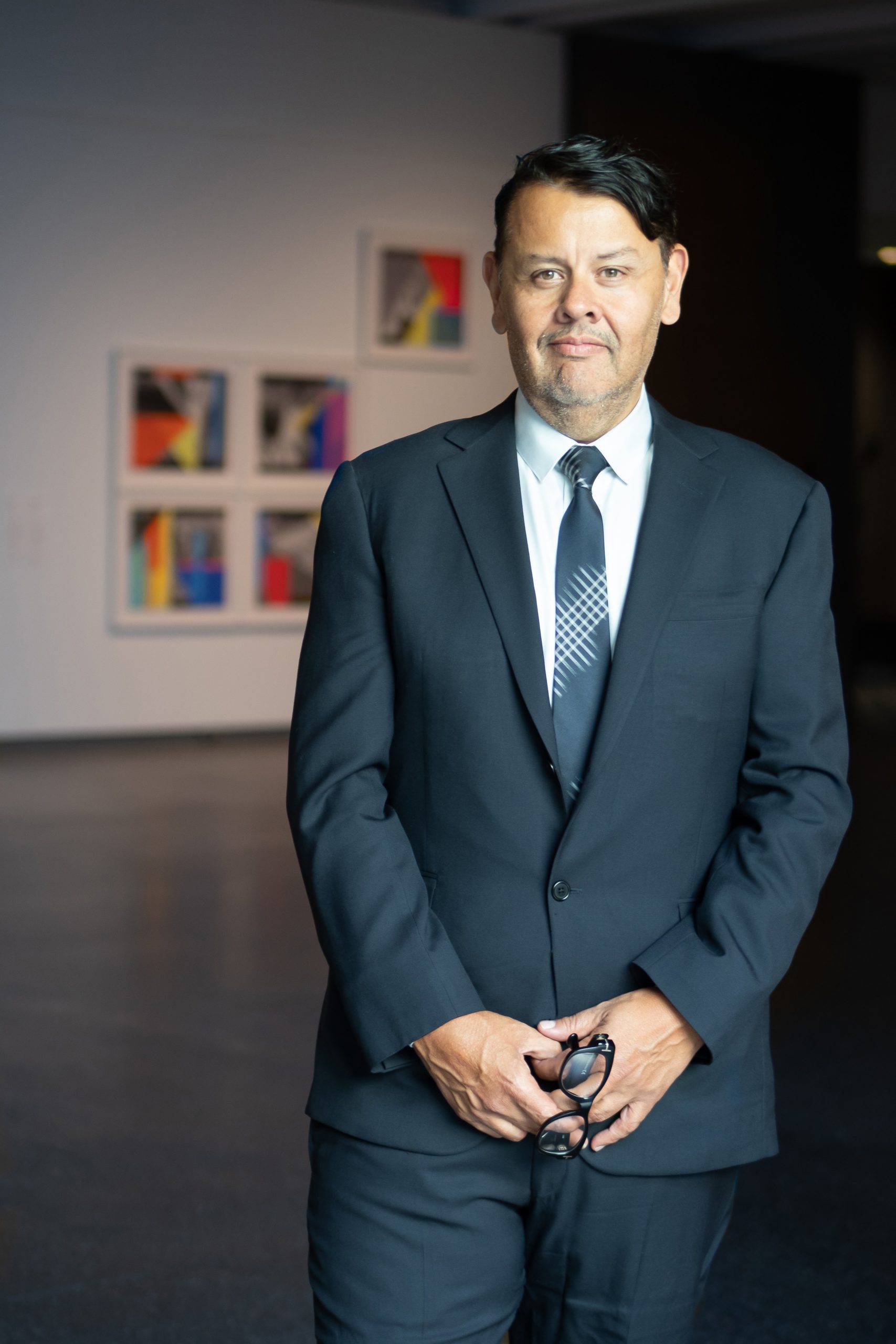 Phoenix, Arizona, USA
Gilbert Vicario is Deputy Director for Curatorial Affairs and The Selig Family Chief Curator at the Phoenix Art Museum since October 2015. Gilbert has over 20 years of curatorial experience having worked at institutions, such as the Philadelphia Museum of Art, Institute of Contemporary Art, Boston, and the Museum of Fine Arts, Houston. He oversees a six member curatorial team in the departments of American art, Asian art, Fashion Design, Latin American art, Photography, in addition to his role as curator of modern and contemporary art. Upcoming exhibitions include Stories of Abstraction: Contemporary Latin American Art in the Global Context. His most recent exhibition Agnes Pelton: Desert Transcendentalist, includes stops at the New Mexico Museum of Art, Santa Fe; Whitney Museum of American Art, New York; and the Palm Springs Art Museum in California. In 2006, Vicario was named U.S. Commissioner for the International Biennale of Cairo by the U.S. Department of State for the exhibition Daniel Joseph Martinez: The Fully Enlightened Earth Radiates Disaster Triumphant, and he was a participating curator in the 2007 Lyon Biennial: The History of a Decade That Has Not Yet Been Named. In addition to Phoenix Art Museum publications, Vicario has contributed internationally to numerous exhibition publications commissioned by Musea Brugge, Cisneros Fontanals Art Foundation, Heard Museum, Orange County Museum of Art, Padiglione d’Arte Contemporanea di Milano, as well as with Radius Books, Santa Fe and Hatje Cantz Verlag. Vicario is a graduate of the Center for Curatorial Studies at Bard College (MA, 1996) and the University of California, San Diego (BA, 1989).
See More 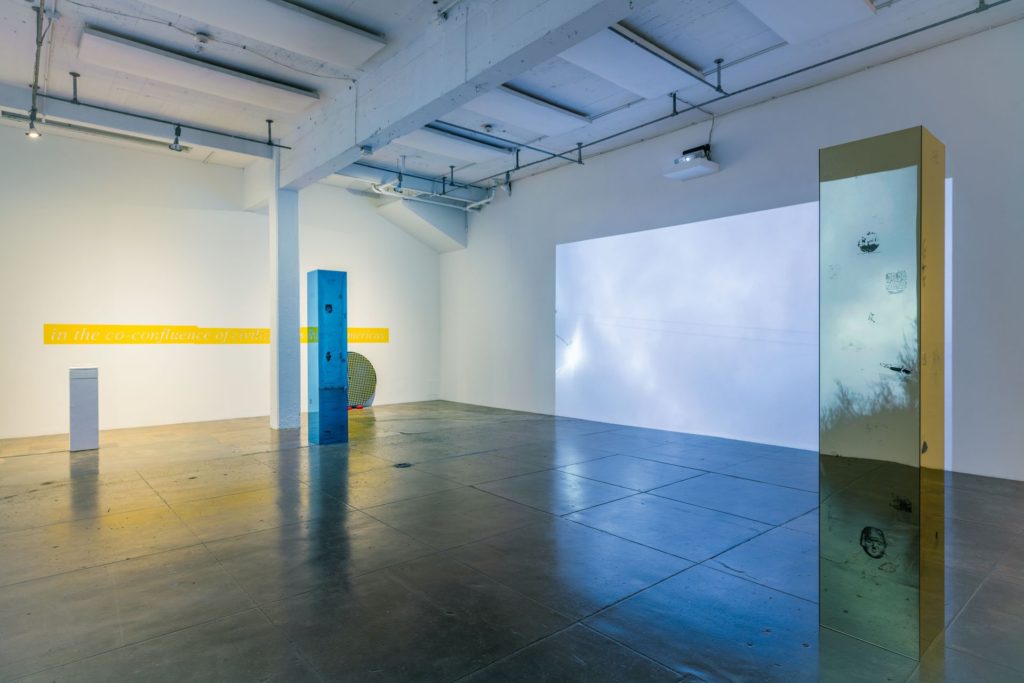 in the co-confluence of the civilizations in the americas 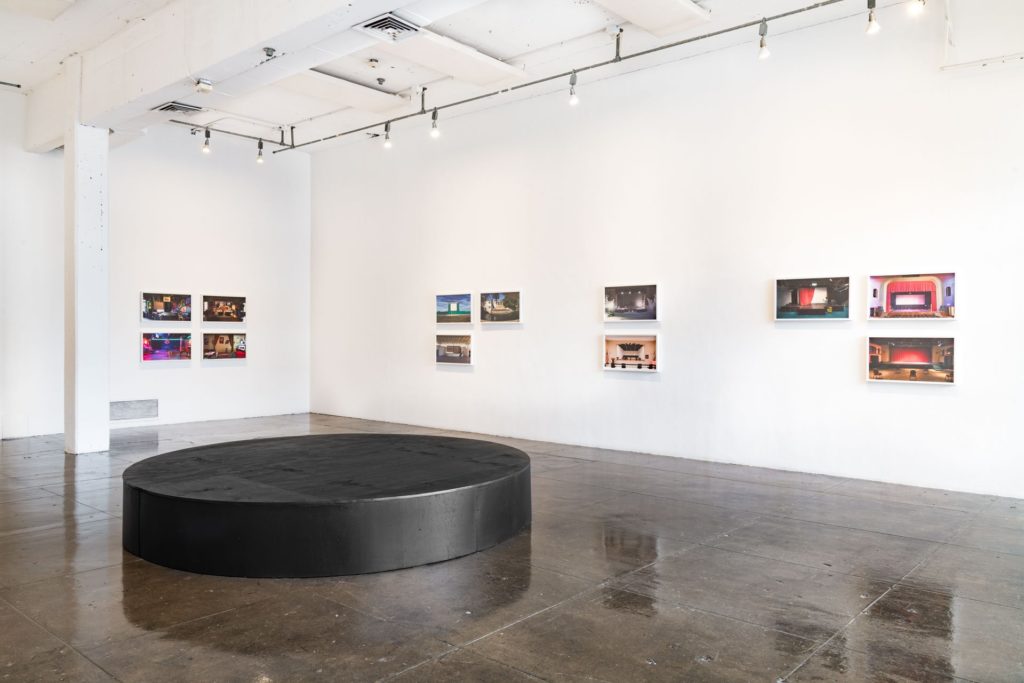