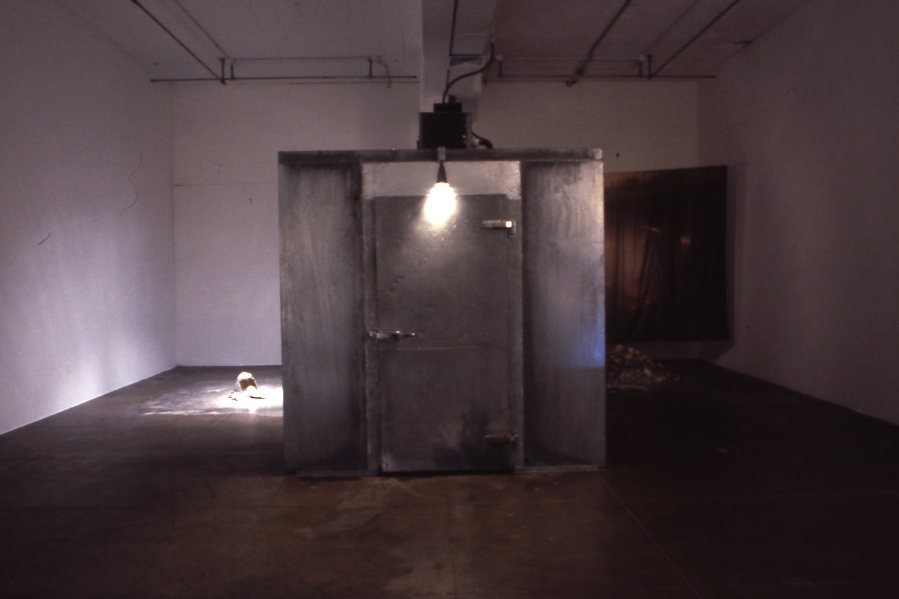 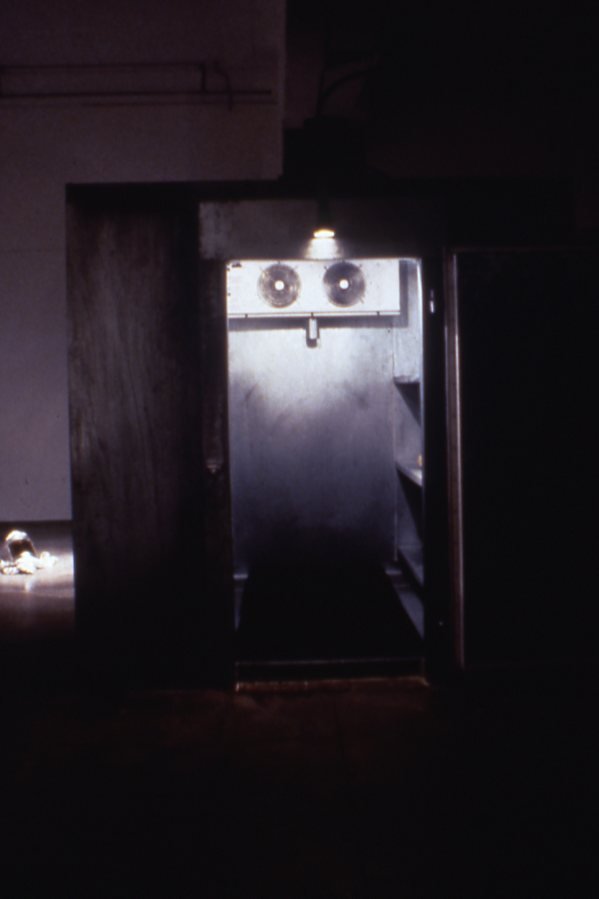 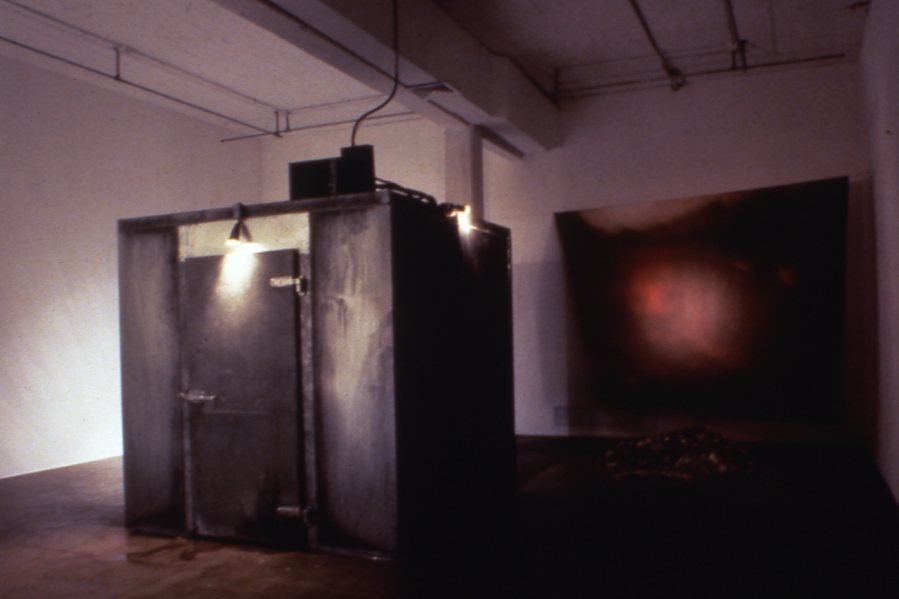 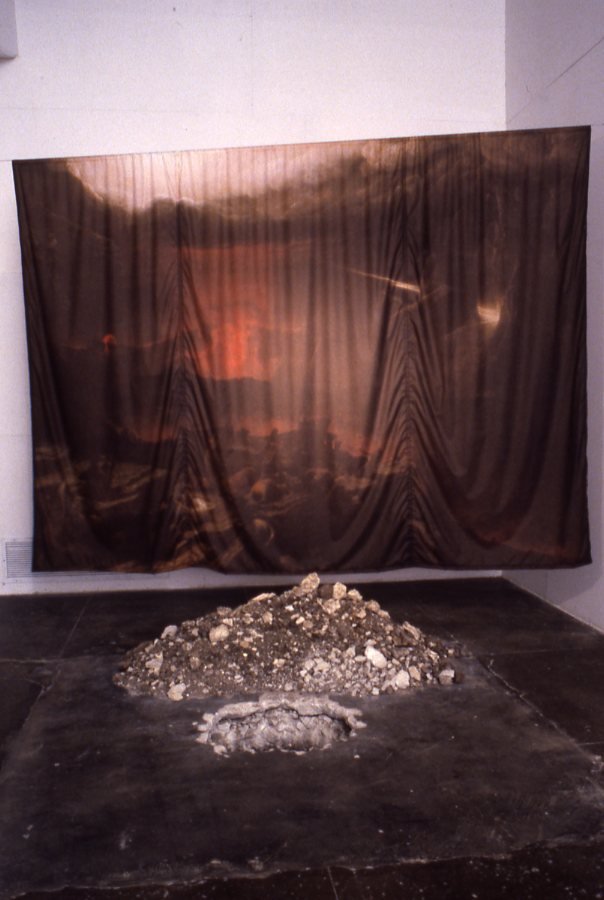 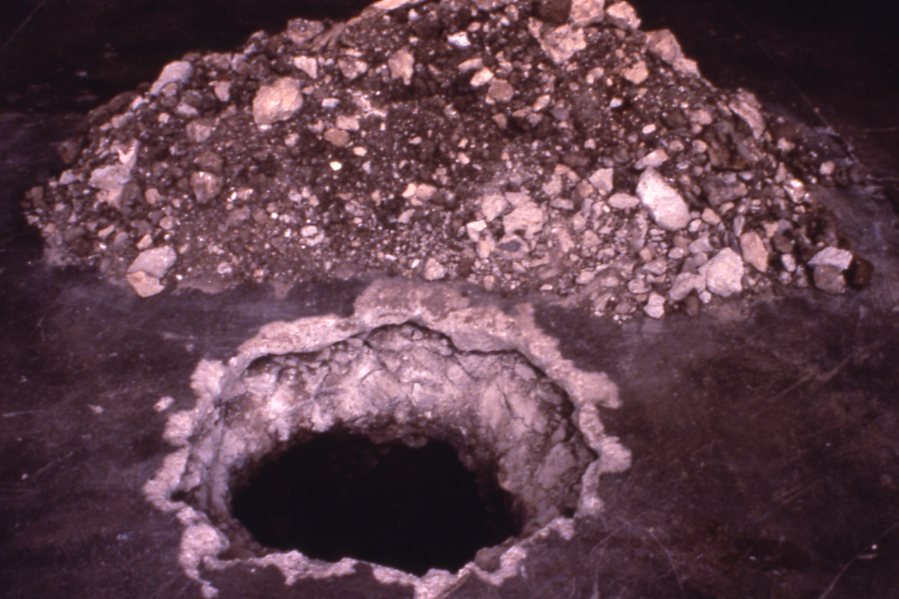 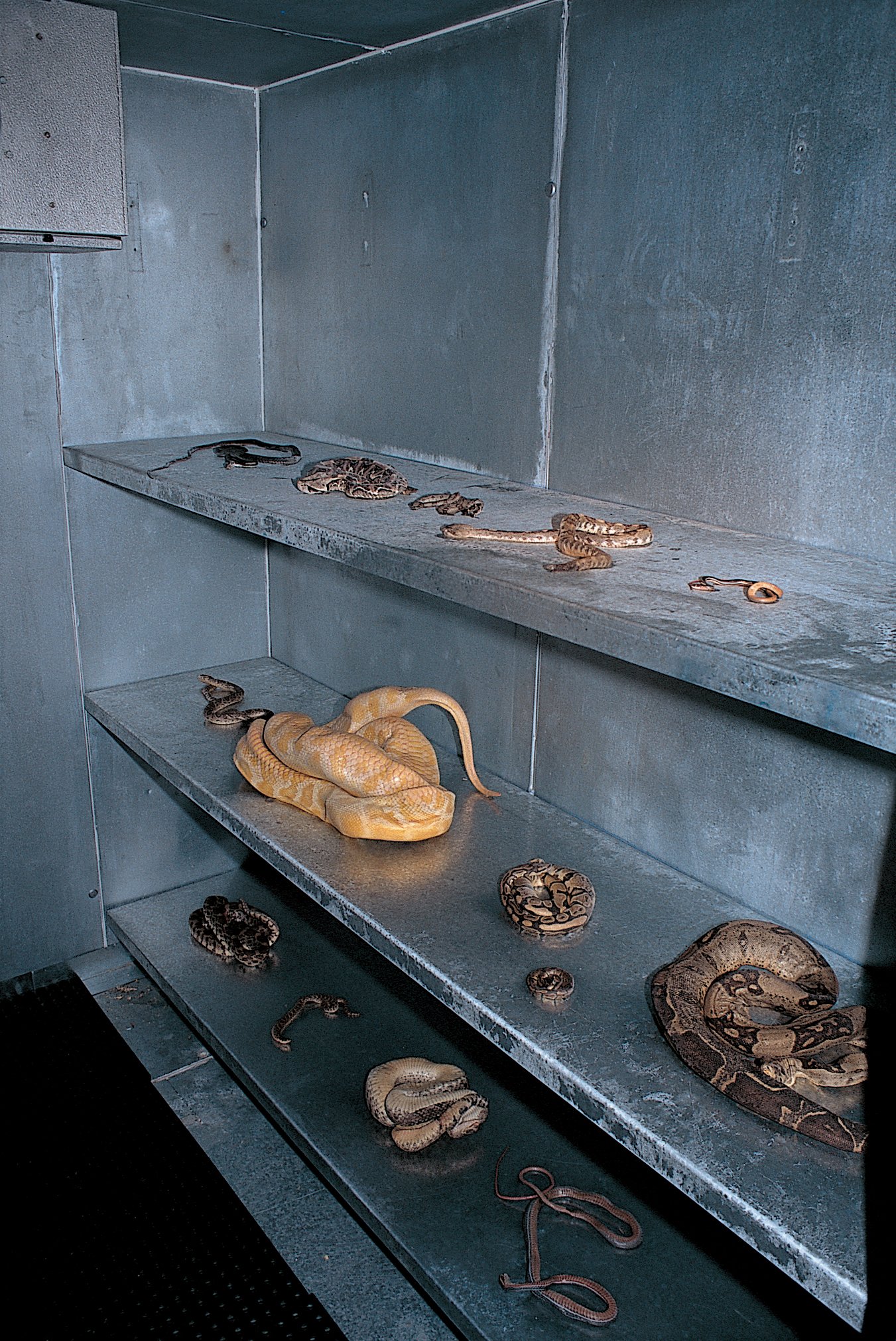 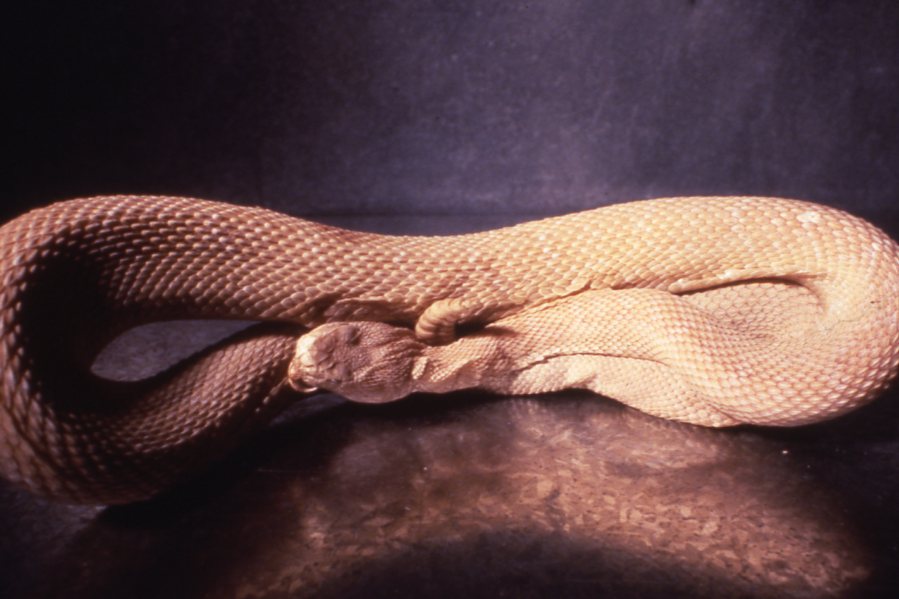 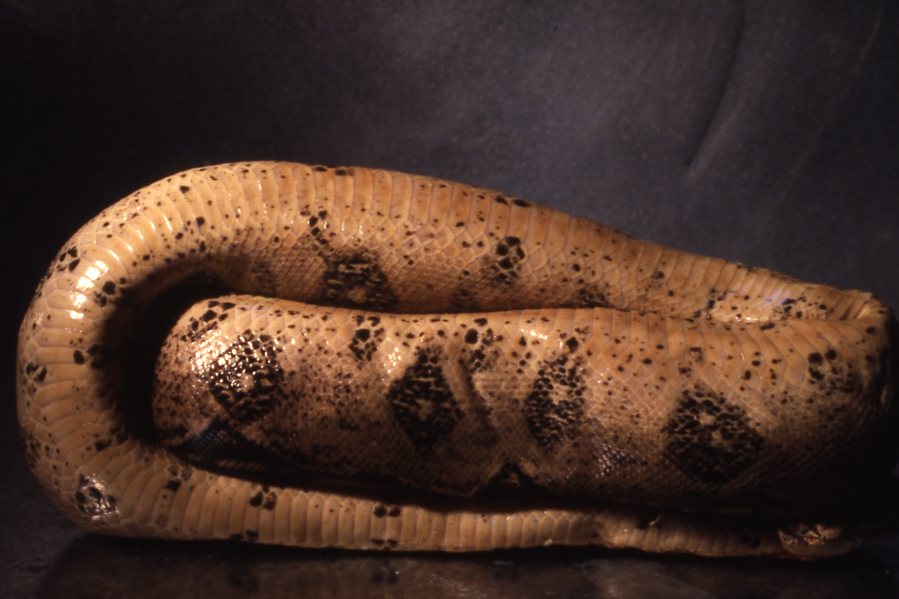 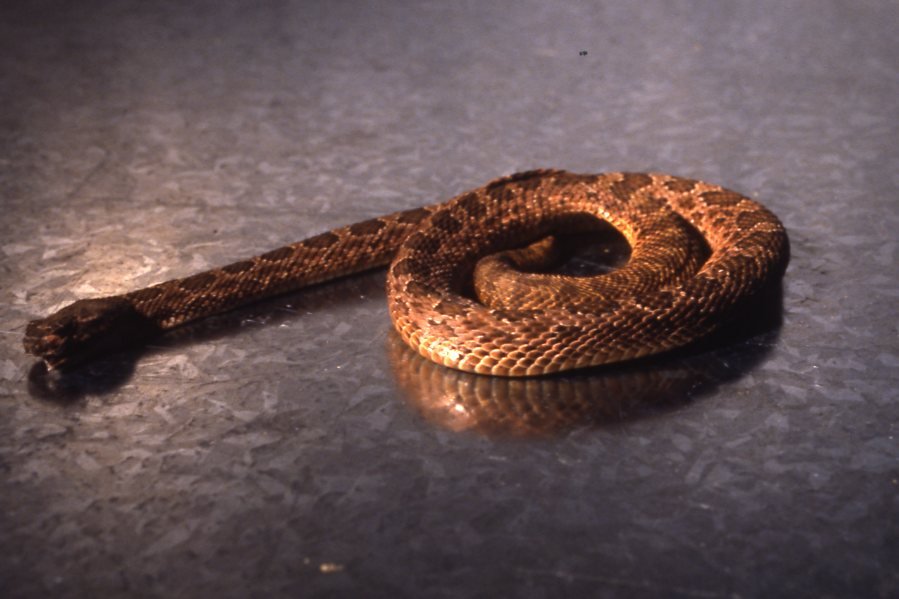 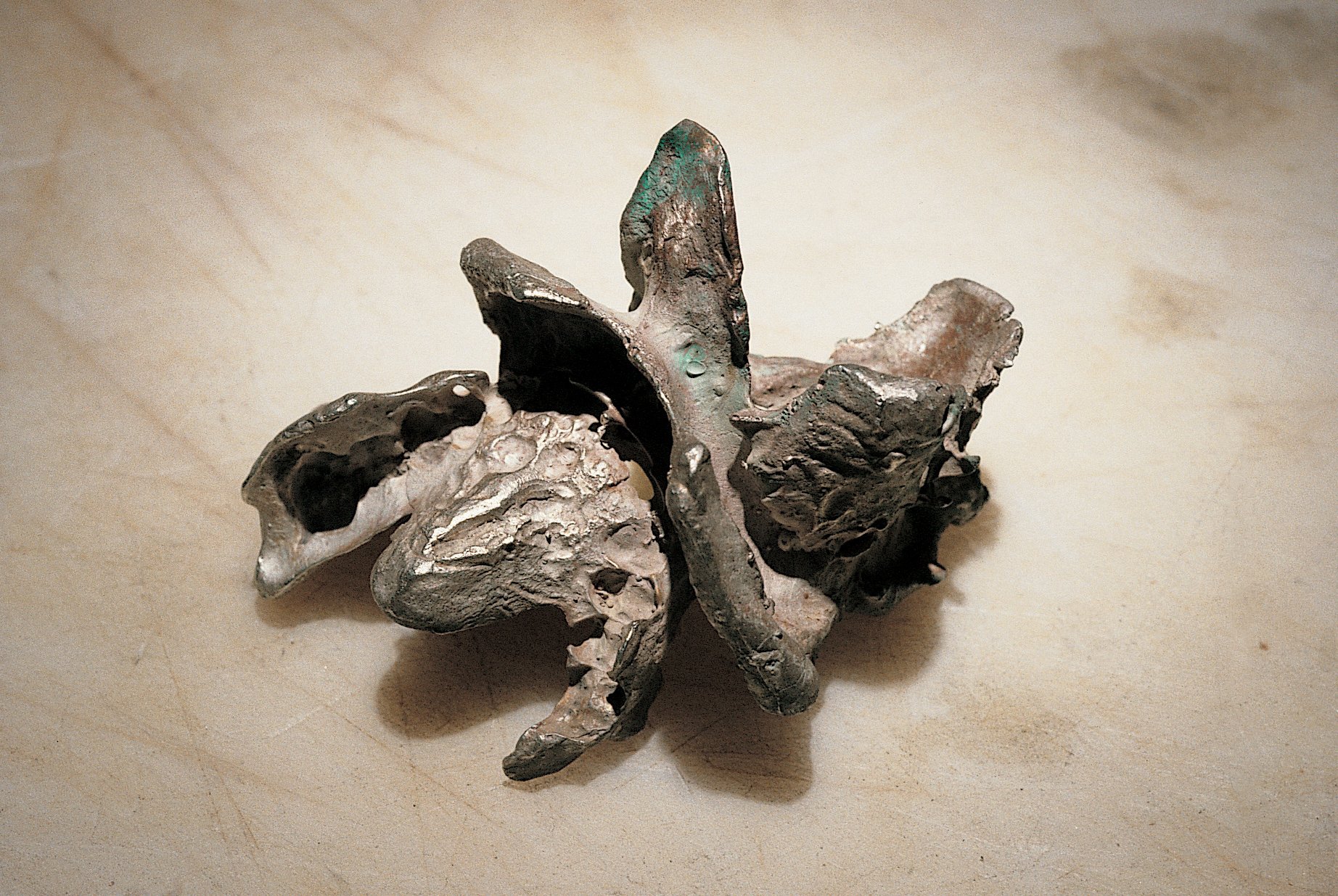 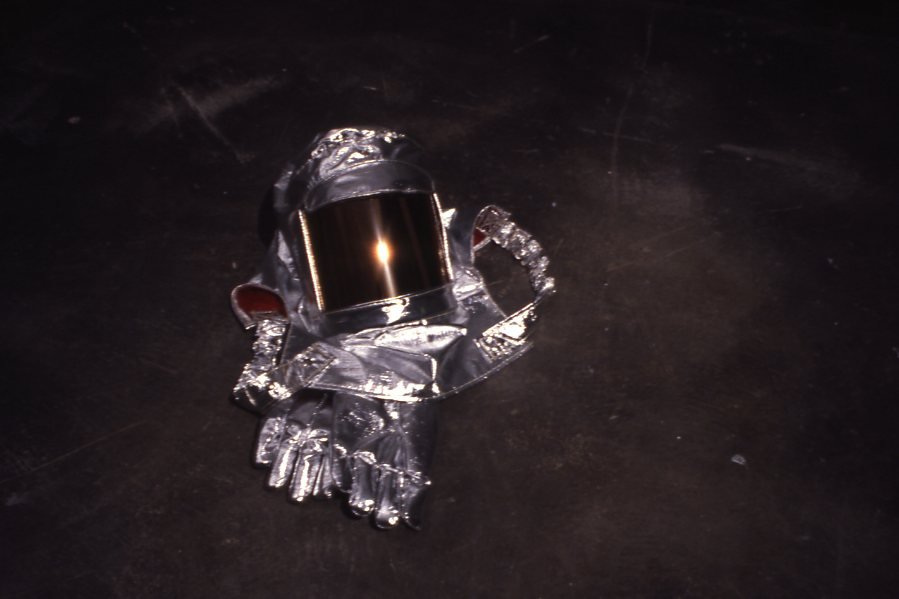 An interview with Dorothy Cross by Frances Colpitt

FC: In the past, your work has dealt with the idea of location or site-specificity—I am thinking of the powerhouse project, of the work you made in the abandoned power station in Dublin—and also with gender issues. How are those ideas connected?

DC: I moved into the powerhouse not knowing what the work would be. It is an extremely powerful building, full of history. The work inevitably began to address those issues. I worked for four years alone in this beautiful, battered, silent building, after years of men, machines, and noise. The resulting show, Power House, was an attempt to confuse the territories of the industrial and the domestic, of strength and vulnerability. When opportunities arise, I love working site-specifically, but I do tend to return to the studio and make objects. Most of the cow udder works are objects, but the first udder piece I did originated in a convent in Madrid. It was called First Supper; the cow skin was splayed out on a table, udder upwards, surrounded by apostolic goblets.

FC: One of the pitfalls that your earlier work seemed to avoid is the issue of binary difference between men and women.

DC: Yes, intentionally. I am not remotely interested in determining difference. I would rather exaggerate the confusion. I read Freud’s case history of Dora years ago, in which he says that when we see the teat of the cow we are confused between the nipple and the penis. I think that finding the sieve made from a cow’s udder in northern Norway was extraordinary luck for me.

FC: Was it after the udder works that you began to deal with other animals?

DC: Actually, I worked with sharks in 1988, in a show called Ebb, at the Douglas Hyde Gallery in Dublin. The main element was the shark, which most of us think of as a fascinating creature, a mixture of singularity, seduction, and potential violence or death. I made a piece in an old bathtub that belonged to my family, with a structure inside that contained nipples, which could be either male or female, and a shark fin cutting through the structure. It was about being trapped domestically in our “little ocean,” with death approaching—a predicament we are all in. People read the work gender-specifically, identifying the shark as the threatening male, the aggressor, and the woman as victim, trapped or being attacked. This reaction appalled me, and it led to works such as Shark Lady in a Balldress, an attempt to break down such presumptions.

FC: Can you explain the connection between domesticity and death?

DC: How can one explain that? It is like Beckett, who is the penultimate in terms of equating the most mundane things with death: picking your nose and death, or making a cup of tea and death. In one of my favorite artworks, Meret Oppenheim’s fur tea cup, sex and death come together. And yet, it is so innocent. The domestic is about lifestyles, repetition, and time. One day falls into the next, so it is very hard to determine what the domestic is because it falls in on itself.

FC: I never thought about domesticity in such a broad way. We tend to think about the domestic as limited to what goes on inside your house or your home.

DC: I have never dealt directly with regular domestic issues. The work is actually more about getting people to consider their own situation in relationship to making a cup of tea, or jumping off the Empire State Building, or whatever. Did I show you my favorite photograph of a freeway in San Antonio with a sign that just said “Wail”? It reveals how religion comes to someone driving along the freeway and, in a way, that is what I am trying to do at ArtPace with CRY. I am interested in how death used to be integrated into society and ritual, and no longer is, especially in America, where death is totally denied. The body is put in a box and we have little or no connection with the rot and reality of it. In Ireland, we’re sort of submerged in it from birth, “born astride the grave,” as Joyce said. In Catholicism, you’re told life is preparation for death; death is the ultimate, whereas here it is the opposite.

FC: Are your snakes, in the big walk-in freezer in the gallery, evocative of death?

DC: Well, they are dead, but there is that small uncertainty that they may revitalize, if unfrozen. I first started looking at snakes because of their past importance in all cultures. The snake is so mysterious and powerful, and yet has been disempowered in recent times. My brother, a zoologist at a university in Ireland, originally supplied me with scientific specimens. Then, when I visited the Snake Farm in San Antonio, I asked the owner, John Mellyn, what he did with the bodies of his snakes when they died. He told me he placed them in a freezer because he didn’t want to throw them in the garbage. This made me think of cryonics: the hope of humanity that we might be able to be frozen and brought back to life in the twenty-first century, through nanotechnology. It seemed a perfectly American phenomenon. I was fascinated by the idea of preservation. The frozen snakes looked like they might melt and wriggle away, that they might live forever. The relationship between the heat of Texas and the nature of the snake is in sharp contrast to the freezer, a frigid zone which upon entering is both a shock and a reprieve.

FC: Can you describe the installation?

DC: Architecturally, the layout of the show is similar to a cathedral. The freezer containing the frozen snakes is central, like a tabernacle or mausoleum, with naves on either side. In one hangs a printed image of a painting from the National Gallery in Ireland called The Opening of the Sixth Seal by Francis Danby, a nineteenth century painter. It is an apocalyptic image of a red sun, lightening, and chaos printed onto a large, billowing curtain. Below it, dug into the floor, is a deep hole with the pile of excavated earth lying nearby. On the other side, lies a brand new fire helmet with a gilded visor and gloves, protective wear to assist one in walking through flames. In the corner, a cast silver Kiss lies on a table.

FC: Tell me about this cast taken from the insides of the mouths of two people kissing.

DC: The Kiss is an emotive pivot in the show. It is proof of a kiss that has happened, but the most intensely intimate contact or pressure-point exists as a hole. You end up with something like a skeleton or bone. It is very different from The Kiss by Rodin, for example.

FC: There is a history of the kiss in sculpture. You mentioned Rodin; there’s Brancusi, of course. And, there is a great Warhol print called The Kiss.

DC: Warhol is someone I rarely looked at until recently. Coincidentally, a friend sent me an article by Hal Foster on death in America [October 75 (Winter 1996)] the day I was coming here. It is about Warhol’s skeletons, suicides, and all that. He was one of the few artists in America who dealt brilliantly with death.

FC: Is your exhibition a way of coming to terms with death?

DC: I’m not sure that it is possible to come to terms with death. That is its fascination. Cryonics is all about protecting us from obliteration, but obliteration is so close all the time. CRY is the most humorless thing I have ever done. The beautiful snakes at the center of the work suggest to me that it is more about beauty than anything else.

Dorothy Cross was born in Cork, Ireland, in 1956, and now lives in Galway. She studied at the Crawford Municipal School of Art in Cork and Leicester Polytechnic in England. She received her M.F.A. from the San Francisco Art Institute in 1982. Cross’s solo exhibitions include Power House at the I.C.A. in Philadelphia in 1991, even Arnolfini Bristol 1996 and Turner Contemporary Margate UK 2011. She has represented Ireland at the Venice Biennale, 1993 and the Istanbul Biennial, 1997. Her works can be seen in the collections of Tate Modern, London and the Irish Museum of Modern Art, Dublin. She is represented by Frith Street Gallery, London and the Kerlin Gallery, Dublin. Moving from object to opera – she works primarily in sculpture, photography and video. Her work looks at time, nature, and relationship. 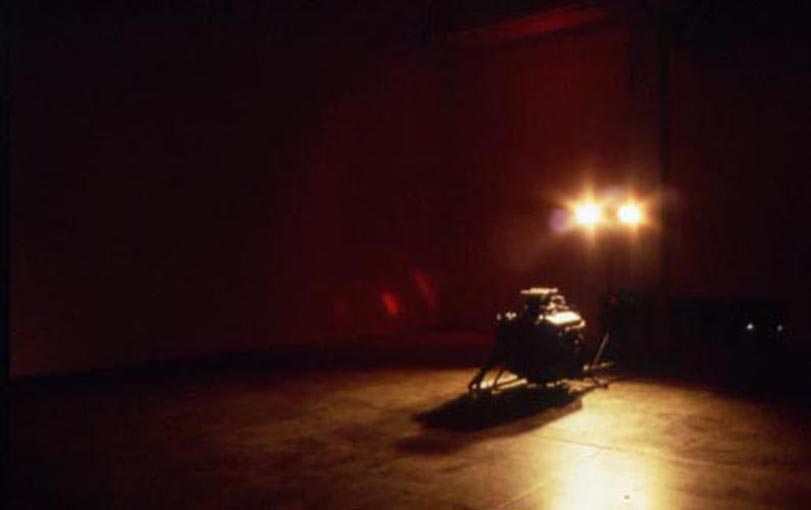 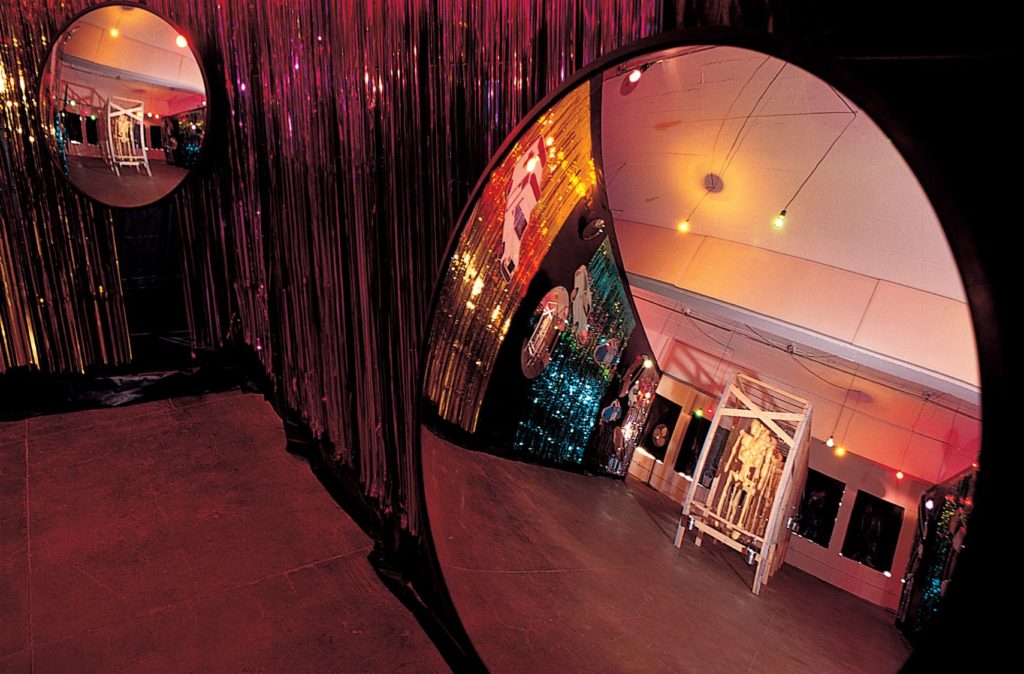