Did You Ever See Such a Thing as a Drawing of a Muchness? 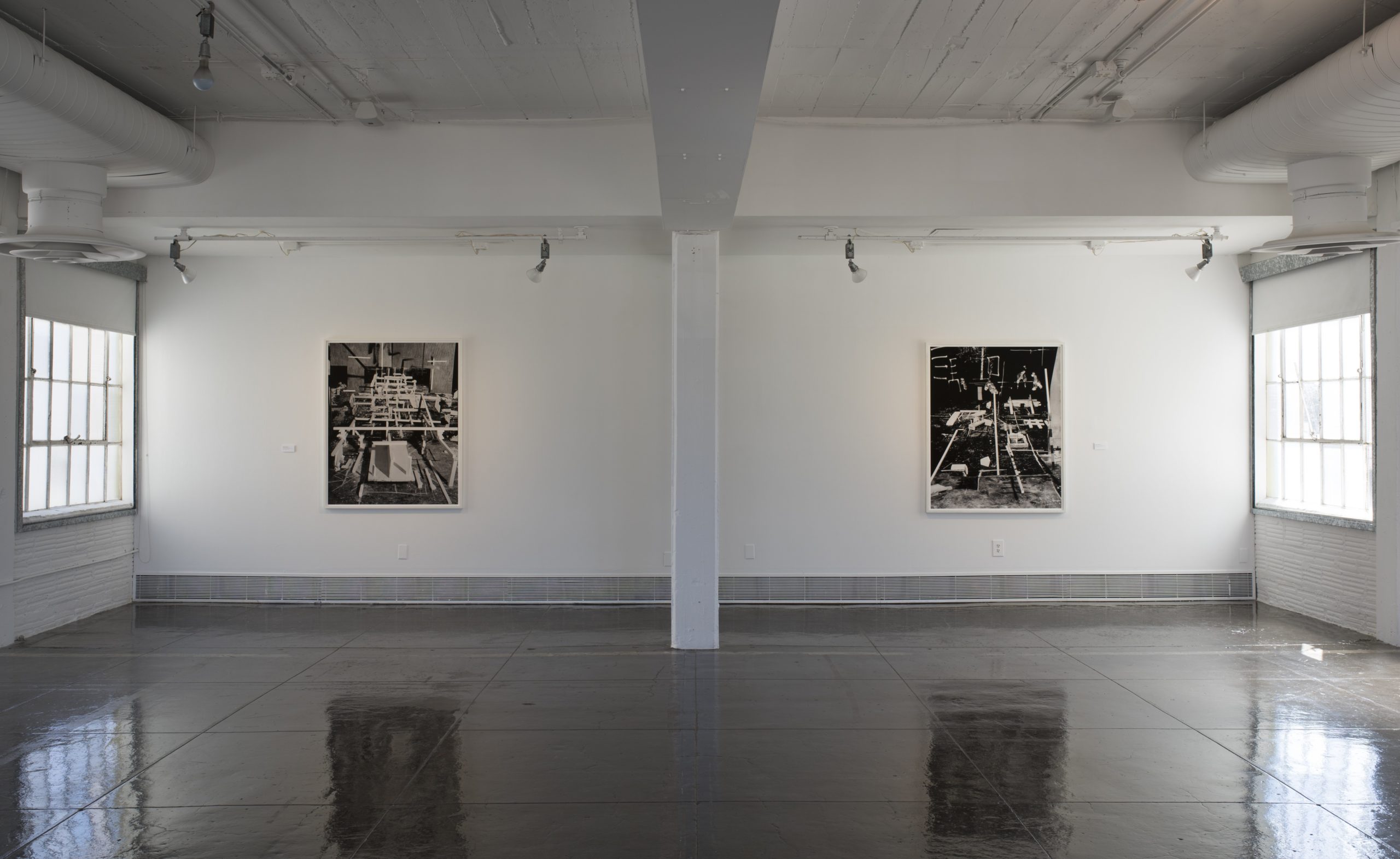 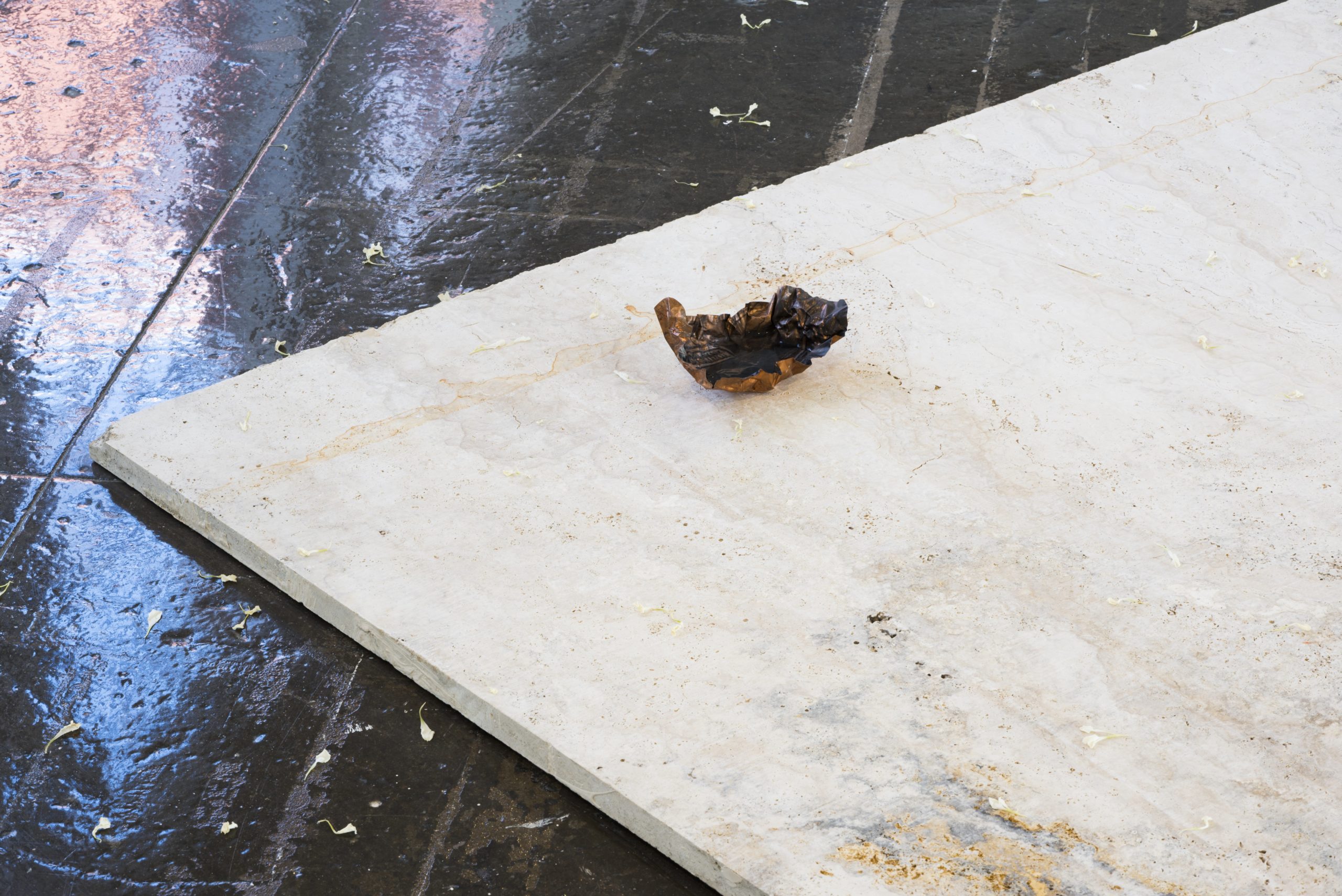 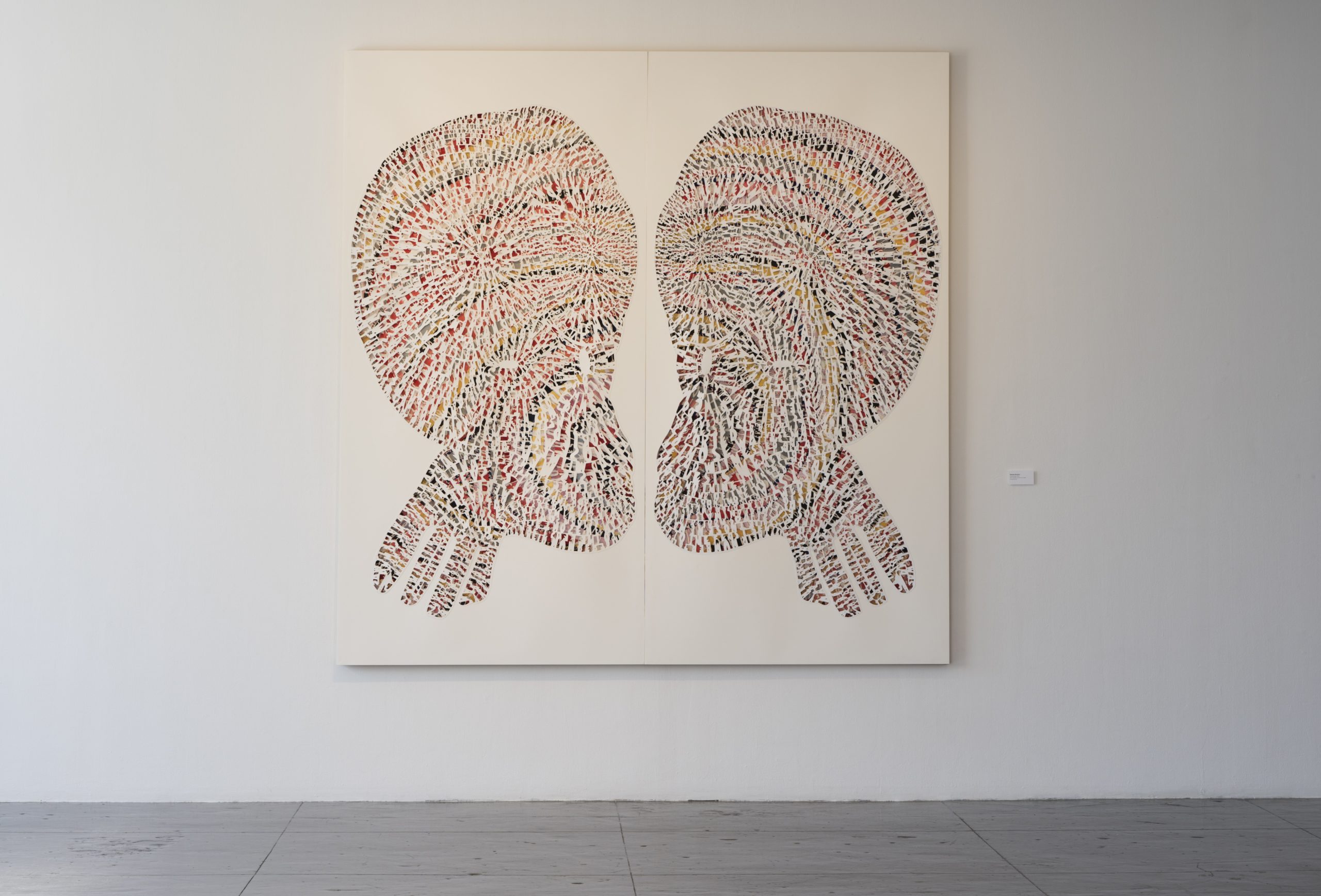 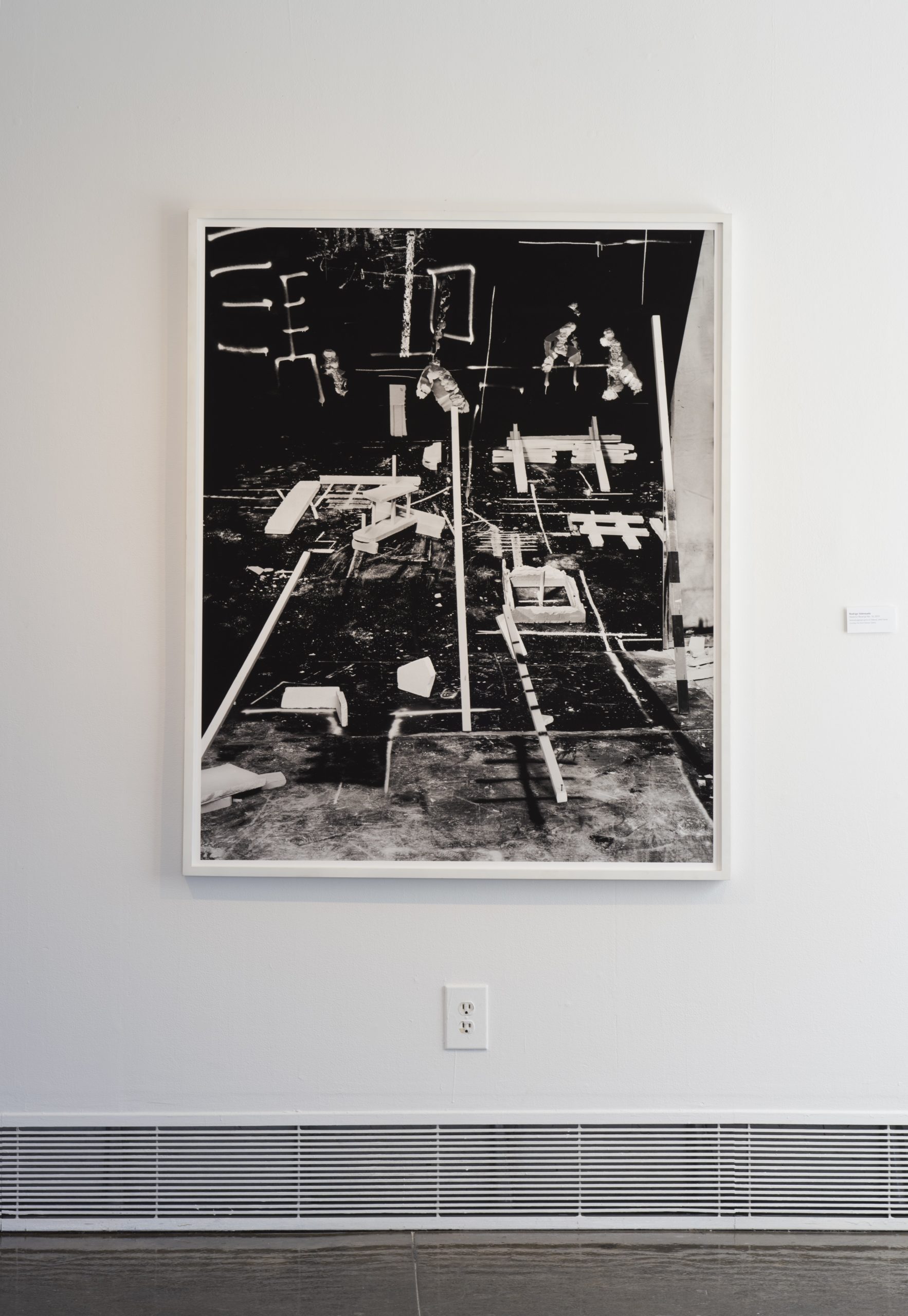 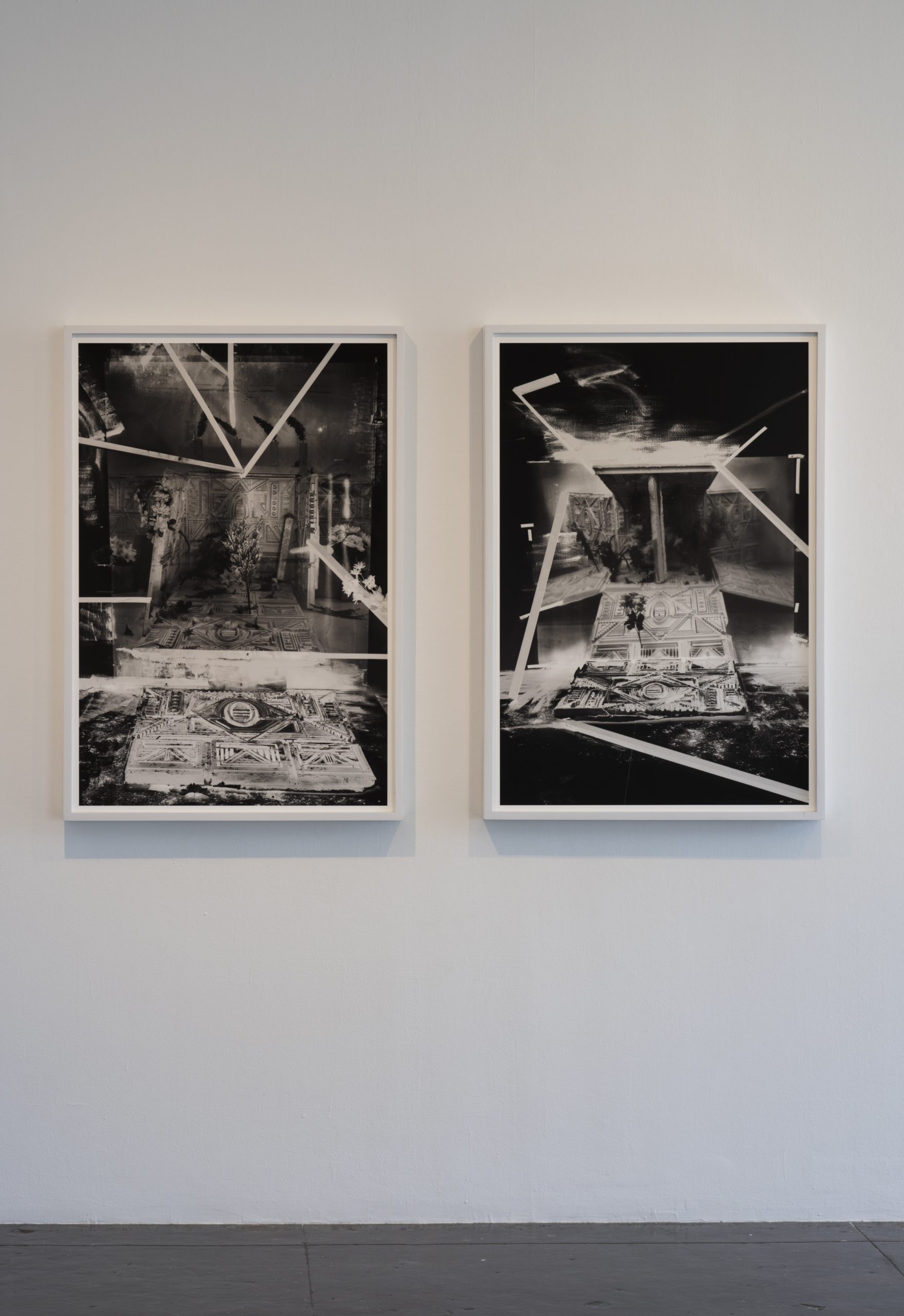 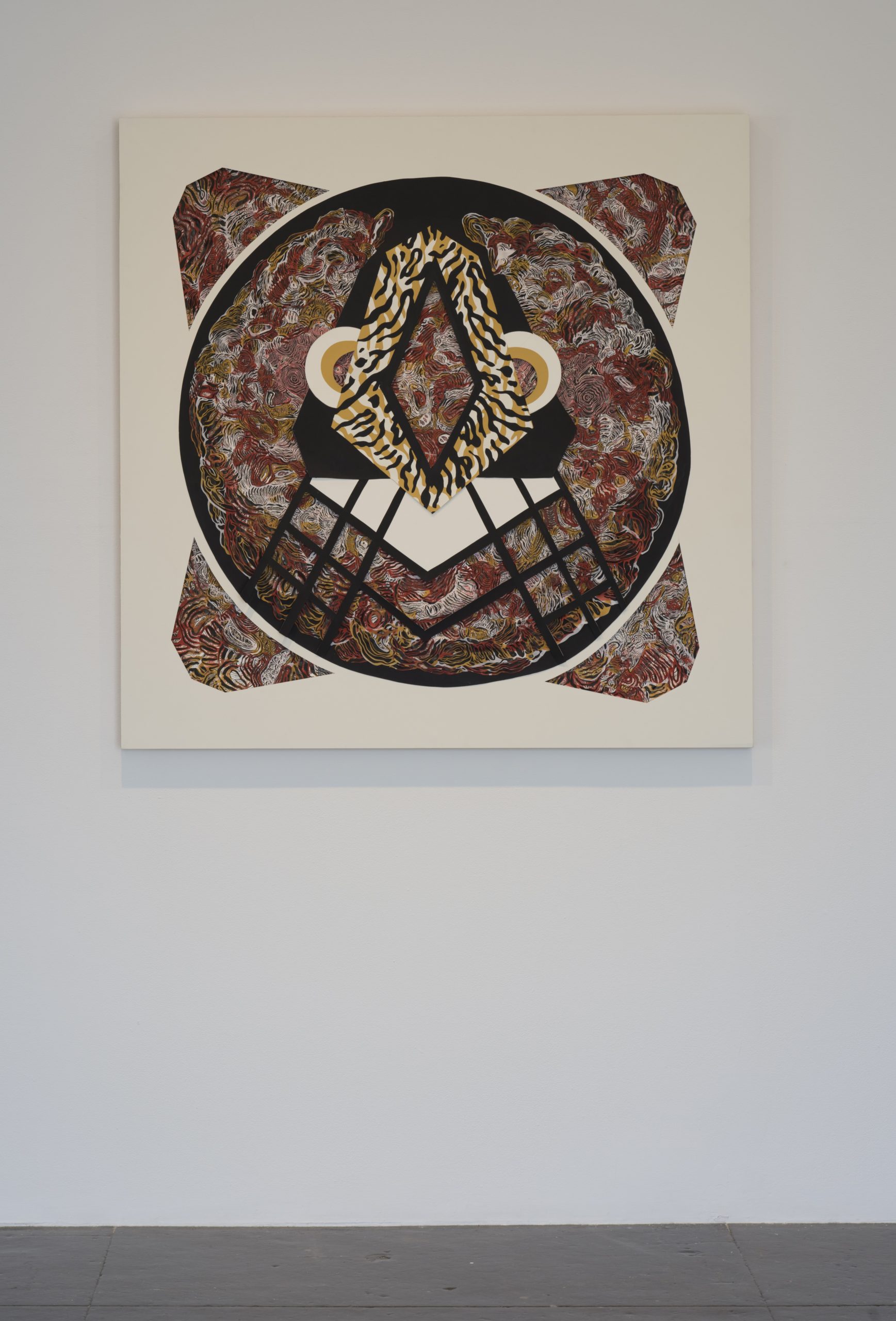 A note from the curator.
In Lewis Carroll’s Alice’s Adventures in Wonderland (1865), the Dormouse says to Alice, “They were learning to draw…and they drew all manner of things—everything that begins with an M—such as mouse-traps, and the moon, and memory, and muchness — you know you say things are “much of a muchness” — did you ever see such a thing as a drawing of a muchness?”

“Muchness” is a Shakespearian-sounding word that is predominantly used in contemporary English within the phrasing: ‘much of a muchness.’ In composing this exhibition, I selected three artists whose work plays uniquely off of the internal paradox of the phrase. To utter “much of muchness,” suggests that something is ‘very similar’ or ‘just about the same.’ But “muchness” is also something that is of great physical magnitude.

In the work of Natasha Bowdoin, Harold Mendez, and Rodrigo Valenzuela I discovered a conceptual relation-ship to the ordinary. Whether employing vernacular materials or commonplace processes such as collage, each of these artists reworks the mundane into realms of exceptional abundance; a muchness in labor, material, and metaphor. And here, in the work of these artists, the “muchness” is also an ethical position. It represents a responsibility to cultivate poetic meaning from “mouse-traps, and the moon, and memory,” all things that are familiar. A drawing of muchness can only be the unordinary accumulation of the ordinary.

`No, please go on!’ Alice said very humbly; `I won’t interrupt again. I dare say there may be one.’

`One, indeed!’ said the Dormouse indignantly. However, he consented to go on. `And so these three little sisters–they were learning to draw, you know–‘

`What did they draw?’ said Alice, quite forgetting her promise.

`Treacle,’ said the Dormouse, without considering at all this time.

`I want a clean cup,’ interrupted the Hatter: `let’s all move one place on.

‘He moved on as he spoke, and the Dormouse followed him: the March Hare moved into the Dormouse’s place, and Alice rather unwillingly took the place of the March Hare. The Hatter was the only one who got any advantage from the change: and Alice was a good deal worse off than before, as the March Hare had just upset the milk-jug into his plate.

Alice did not wish to offend the Dormouse again, so she began very cautiously: `But I don’t understand. Where did they draw the treacle from?’

`You can draw water out of a water-well,’ said the Hatter; `so I should think you could draw treacle out of a treacle-well–eh, stupid?’

`But they were in the well,’ Alice said to the Dormouse, not choosing to notice this last remark.

`Of course they were’, said the Dormouse; `–well in.

‘This answer so confused poor Alice, that she let the Dormouse go on for some time without interrupting it.

`They were learning to draw,’ the Dormouse went on, yawning and rubbing its eyes, for it was getting very sleepy; `and they drew all manner of things–everything that begins with an M–‘

`Why not?’ said the March Hare.

The Dormouse had closed its eyes by this time, and was going off into a doze; but, on being pinched by the Hatter, it woke up again with a little shriek, and went on: `–that begins with an M, such as mouse-traps, and the moon, and memory, and muchness– you know you say things are “much of a muchness”–did you ever see such a thing as a drawing of a muchness?’

`Really, now you ask me,’ said Alice, very much confused, `I don’t think–‘

`Then you shouldn’t talk,’ said the Hatter.

This piece of rudeness was more than Alice could bear: she got up in great disgust, and walked off; the Dormouse fell asleep instantly, and neither of the others took the least notice of her going, though she looked back once or twice, half hoping that they would call after her: the last time she saw them, they were trying to put the Dormouse into the teapot. 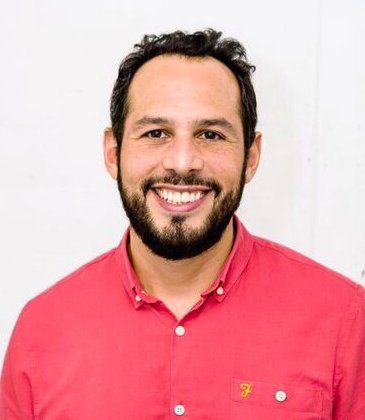 A first-generation American born in Chicago to Colombian and Mexican parents, Harold Mendez works with installation, photography, sculpture, and text to reference reconstructions of place and identity. His work addresses the relationships between transnational citizenship, memory, and possibility, considering how history is not only an affirmed past, but a potential future. His recent work examines how reclaimed objects, makeshift monuments and images reveal a life parallel to conflict, demonstrating both factual evidence and where traces of fiction emerge.
Selected exhibitions include the 2017 Whitney Biennial, Whitney Museum of American Art; the Museum of Contemporary Art, Chicago; Renaissance Society; Museum of Modern Art / PS1, New York; Studio Museum, Harlem; Drawing Center, New York; Museum of Contemporary Photography, Chicago; Project Row Houses, Houston; and the Institute of Contemporary Art, Philadelphia. Reviews of his work have appeared in the New York Times, Artforum, and Frieze Magazine. His work is in the permanent collection of the Museum of Fine Arts, Houston; the Studio Museum, Harlem; and the Museum of Contemporary Art, Chicago. Mendez has held residencies at the Robert Rauschenberg Foundation; Core Program, Museum of Fine Arts, Houston; Skowhegan School of Painting & Sculpture; and the Headlands Center for the Arts. Harold Mendez is a recipient of the Efroymson Contemporary Arts Fellowship; 3Arts Award; Illinois Arts Council Artist Fellowship; and the Foundation for Contemporary Arts Emergency Grant. Mendez studied at Columbia College Chicago; University of Science and Technology, School of Art, Ghana, West Africa; and the University of Illinois at Chicago. 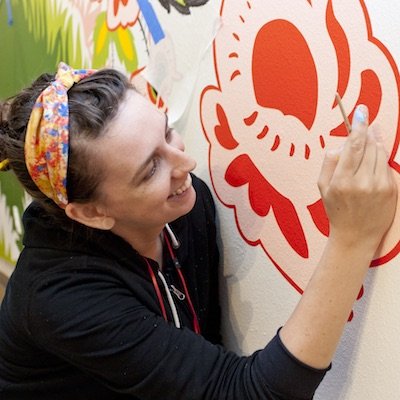 Often starting with an excerpt of text, a totem, a gesture, or all three at once, Natasha Bowdoin’s drawings grow instinctively, sprawling across a wall or tightening into a thicket of words and imagery contained by the paper’s edge. Known for her cut paper and collage-based work she investigates the potential intersections of the visual and the literary, channeling the experience of reading into the activity of drawing, while reimagining our relationship to the natural world. Bowdoin earned a B.A. from Brandeis University in Waltham, MA and a M.F.A. from Tyler School of Art in Philadelphia, PA. She has been awarded residencies at the Core Program in Houston, TX; The Roswell AIR Program in New Mexico; and the Bemis Center for Contemporary Arts in Omaha, NE. Bowdoin’s work has been included in exhibitions at the CODA Museum, Apeldoorn, the Netherlands; the John Michael Kohler Arts Center in Sheboygan, WI; the Cue Art Foundation in New York; the Savannah College of Art and Design Museum in GA; the Portland Museum of Art, ME; and the Southeastern Center for Contemporary Art in Winston-Salem, NC as well as numerous venues around Texas where she currently lives and works. She received a Joan Mitchell Foundation Grant in 2007. Her work has been reviewed in publications including Artforum, BOMB, and Wallpaper* Magazine. Bowdoin is represented by Monya Rowe Gallery and Talley Dunn Gallery.
Born and raised in West Kennebunk, ME she now lives in Houston, TX where she is an Assistant Professor at Rice University. 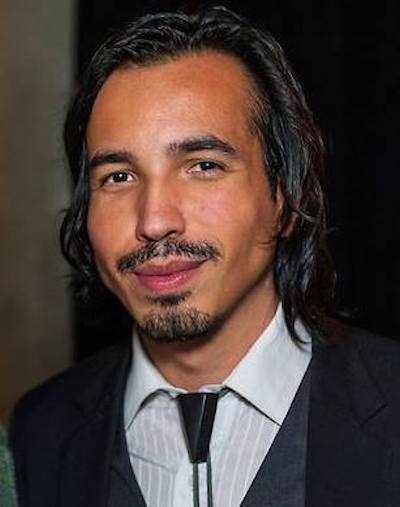 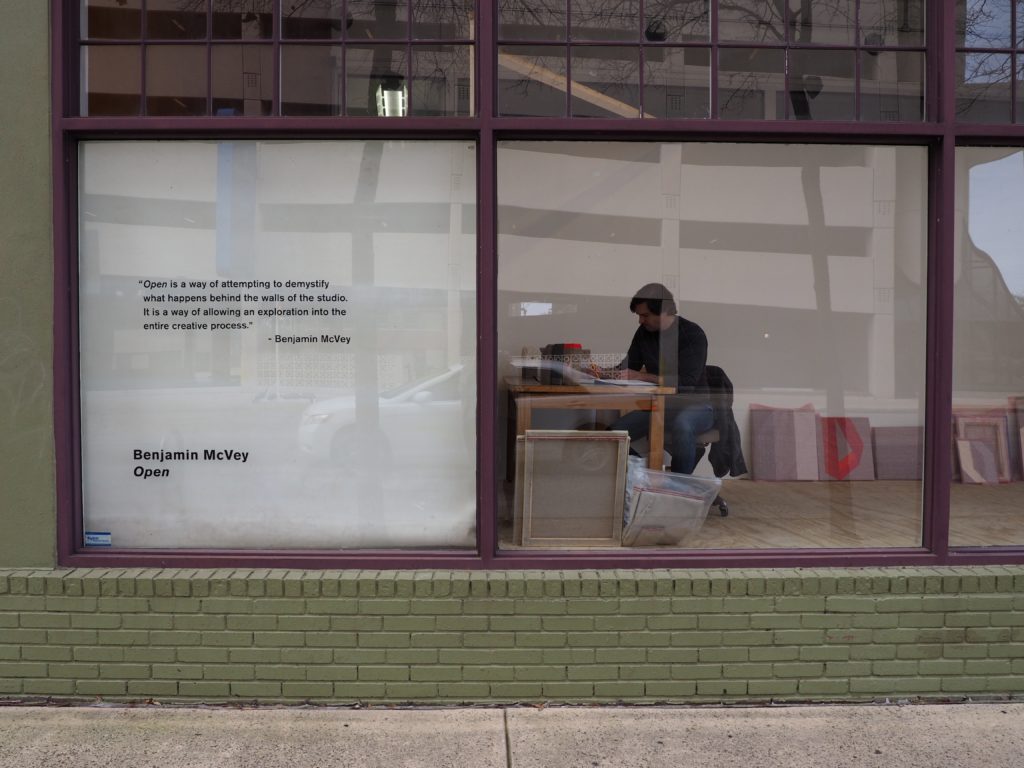 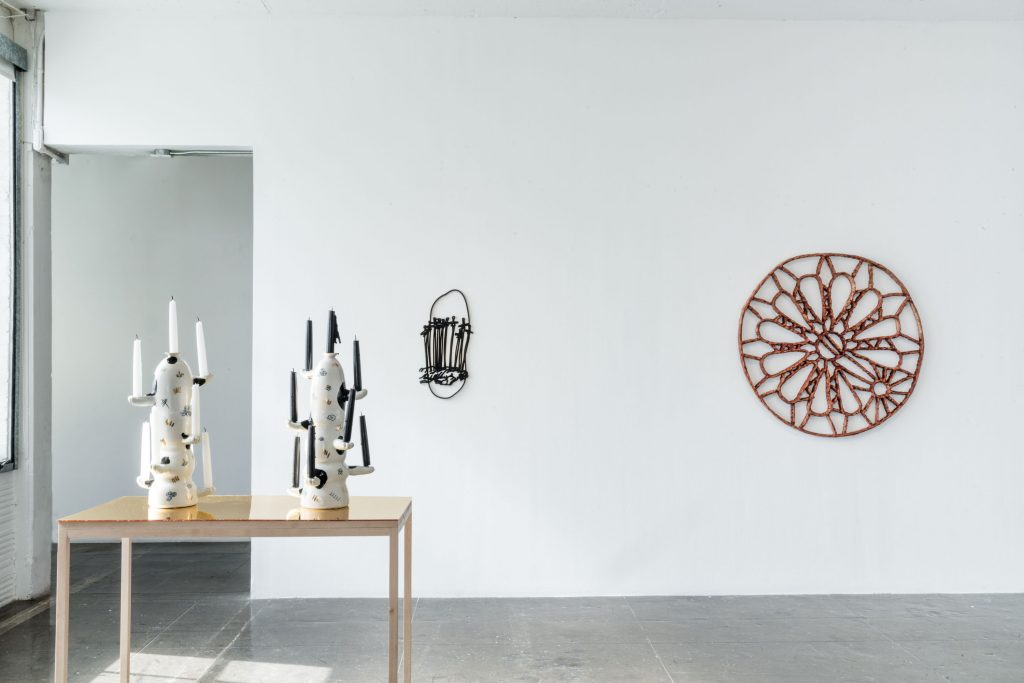