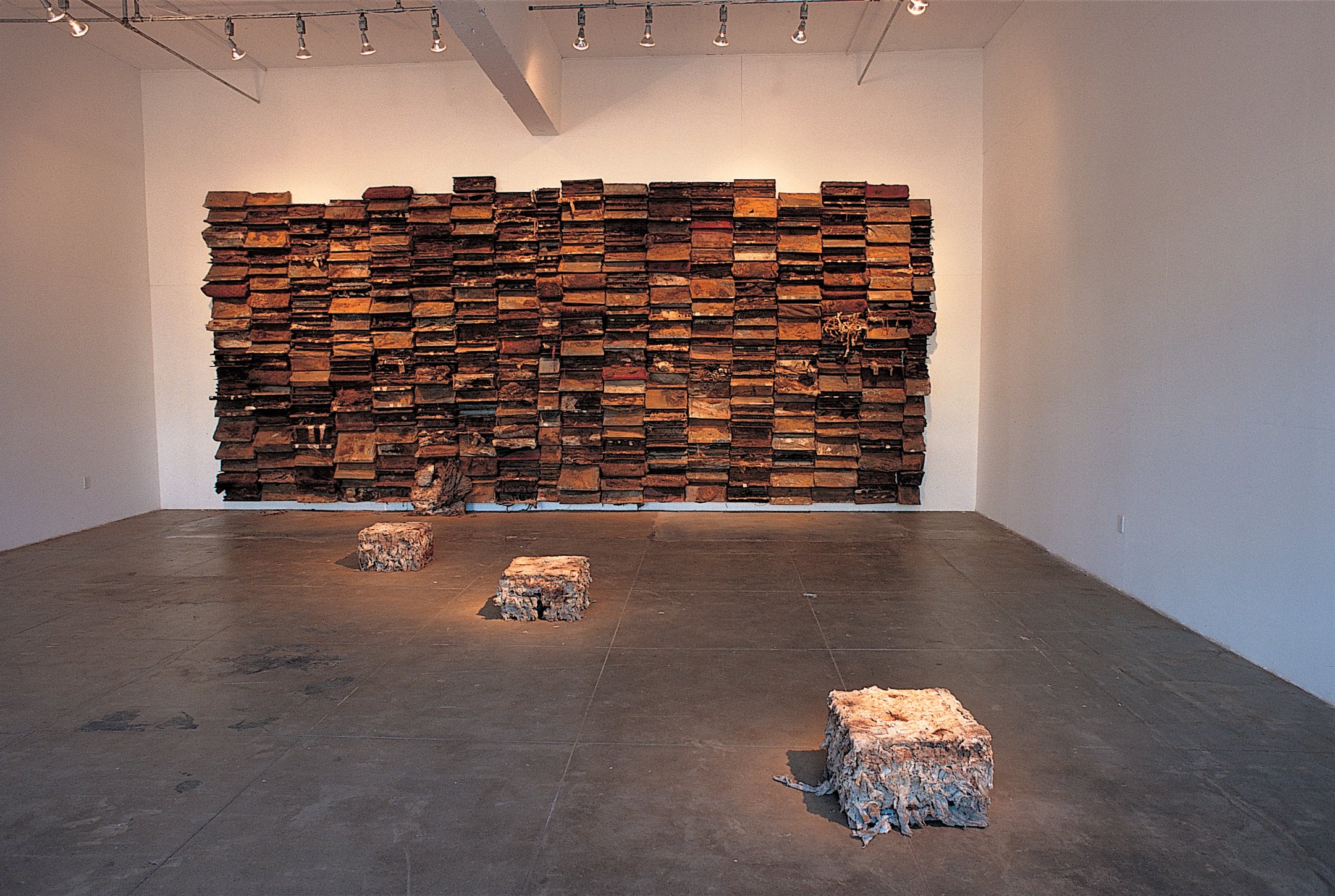 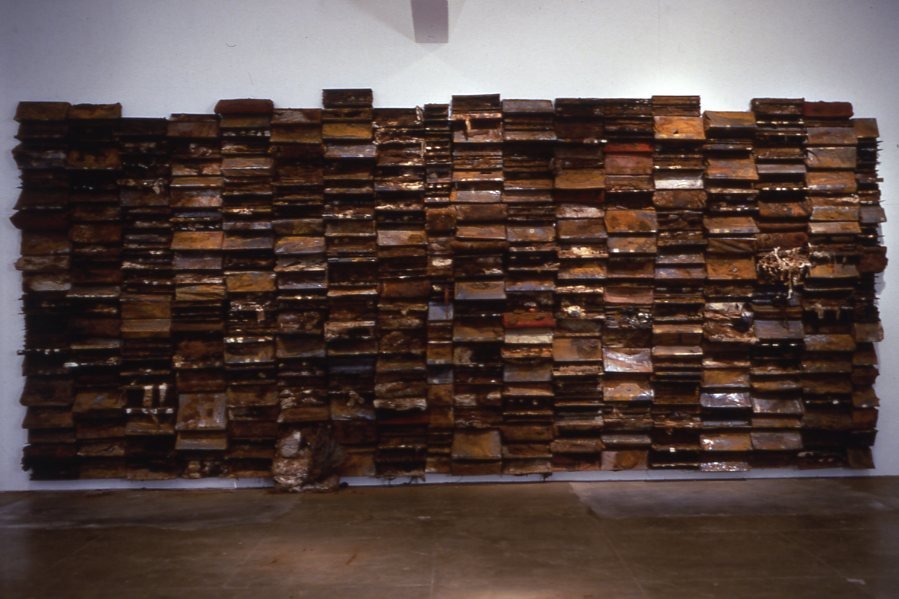 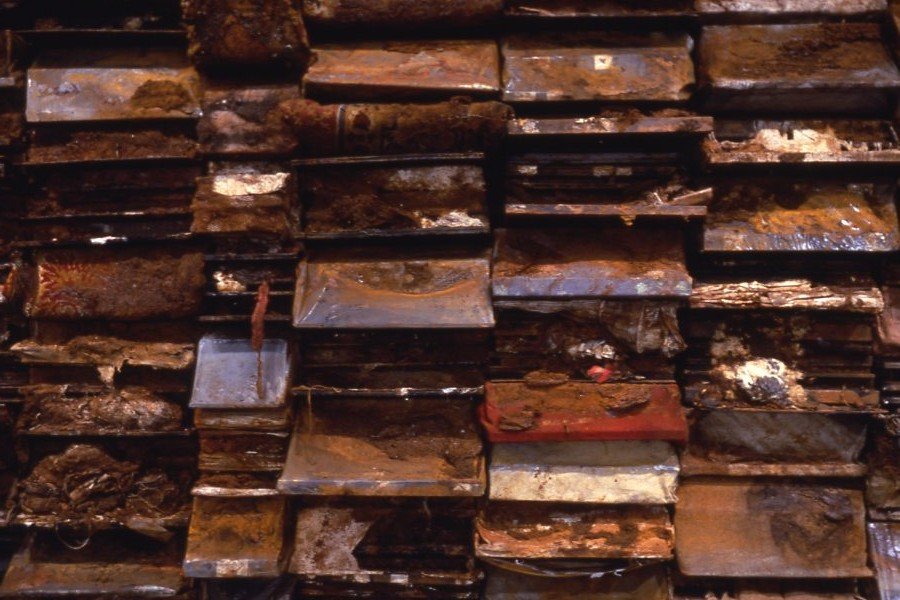 An interview with Leonardo Drew by Laurence Miller

LM: When did you first know that you were an artist?

LD: When I came into this world, it was my natural state. I just sort of created things. I drew on everything.

LM: You have not known a time when you weren’t, is that what you’re saying?

LD: There was never a separation. As far as school goes, I couldn’t function in that kind of institution when they handed a test paper to me it was immediately drawn all over and the test was never done. It was a problem. Later, I studied really hard, I still made art, but I also made time for other things, and I pulled off something like straight A’s in the sixth grade. I never really had to work that hard once I made the transition it is just that I had to sort of find my place in this world.

LM: Were you encouraged by your parents to become an artist?

LD: No, it was a negative thing because they saw that it was interfering with my school and everything, but they couldn’t stop me either. I started exhibiting work very early, when I was thirteen, so it immediately turned into a good thing.

LM: Tell me a little bit about what you’re working on now and how it came about.

LD: Well there was another transition. I just stopped exhibiting all together from 1982, my sophomore year in college, to 1989. My goal was to strip away the surface, to get more at the meat of it, at the emotional energy that was existing underneath the surface. Physically, I had to strip down. I took away my hand -my crutch- and I relied on other things. It was redirecting an energy because the response I got to the work when I was younger is the same response I get now. Being an artist covers a lot of ground. I see it like this: There is an energy, there is a force that comes through a person, and then it sort of cycles through your body and then comes out. In that way, I am a vehicle. I think that this body takes in information you may not even be aware of. Things, experiences, sift through you, the question is, how much art are you intending and how much is channeled through you?

LM: Are you also an editor in terms of what comes through?

LD: Yeah I think that’s the way creative responsibility happens, otherwise you would be in complete disarray if you allowed things to sort of reflect or bounce off of you.

LM: So, the sifting is actually an editing process?

LD: Yes you can give individual artists and you can give them similar subject matter and each one is going to come up with a different interpretation. It depends on the individual.

LM: Do you consider your work theatrical?

LD: Obviously there is that aspect. I worked with Merce Cunningham, and I have always had a great appreciation not just for cinema but theatre, drama those things that tug at your emotions. I think there is a physiological aspect to creating- it’s again about this energy. I was watching The Texas Chainsaw Massacre , and the movie starts off giving you just hints of things and you believe that you are actually seeing more then what’s there. It’s so psychologically terrifying because it works on your mind.

LM: How do you mean?

LD: Your mind can give you better special effects then a movie. I try to give you that same sort of experience.

LM: Expand a little on the ideas that feed your work.

LD: In the beginning, when I made my transformation, I studied dead animals. I was using skeletons and bones of a dead cat or a raccoon. It was about getting past my fears. We all have inhibitions concerning death, and I wanted to touch the other side. After going thorough this process of realizing what decay was- what I was physically touching- those ideas made their way into the work, but it wasn’t morbid.

LM: The notion of decay connects a lot of your concerns, doesn’t it?

LD: Yeah it sure does. There is also the continuum of history that works its way into the work of [in terms of] collective – not just as a black- experience

LM: When you talk about collective experience, are you talking about the collective unconscious?

LD: The collective unconscious is what we have in common as human beings, our history.

LM: Did your journey to Africa inform you as a human being, or as a black human being?

LD: Both. As I was traveling through Africa there were things that were going through me holistically, spiritually, emotionally, and physically. I could never have prepared for that. I went there and information came flying in without anyway of blocking it.

LM: The interesting thing for me about your work is that nothing prepared me for the moment in which I first encountered it.

LD: It’s like what I was saying earlier. It is like information comes in with little regard for personal taste. You take it in like a sponge. Hopefully it’s like that for everyone. I mean back here in my subconscious, the work just sort of happens. I can step back and learn just like everyone else. So, I am still learning about this piece here. You guys might be ahead of me.

LM: Because you’re to close to it?

LD: Yes too close, and at the same time I try to step back far enough to see what you guys are seeing.

LM: But you have a history with the work that we don’t have.

LD: That’s true but I also end up learning. I am not seeing it the same way. Certain things are revealed. You are the catalyst or the vehicle for making this thing, but you realize, as a viewer, that you are taking it in for the very first time, too. And, I like pulling away far enough so that I can actually have the same kind of visceral response – an very physical, emotional, or spiritual response – in the same way that other viewers do initially. I think that these works really do operate as mirrors and that each individual has their own take. You can get so many different levels of response, from a mental collage to stepping back and being completely overwhelmed by the energy that we all have in common. I try to leave it at that. 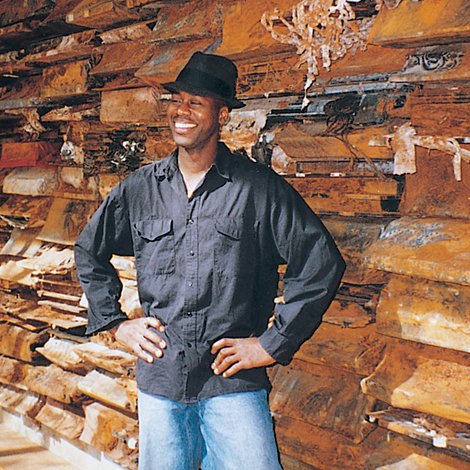 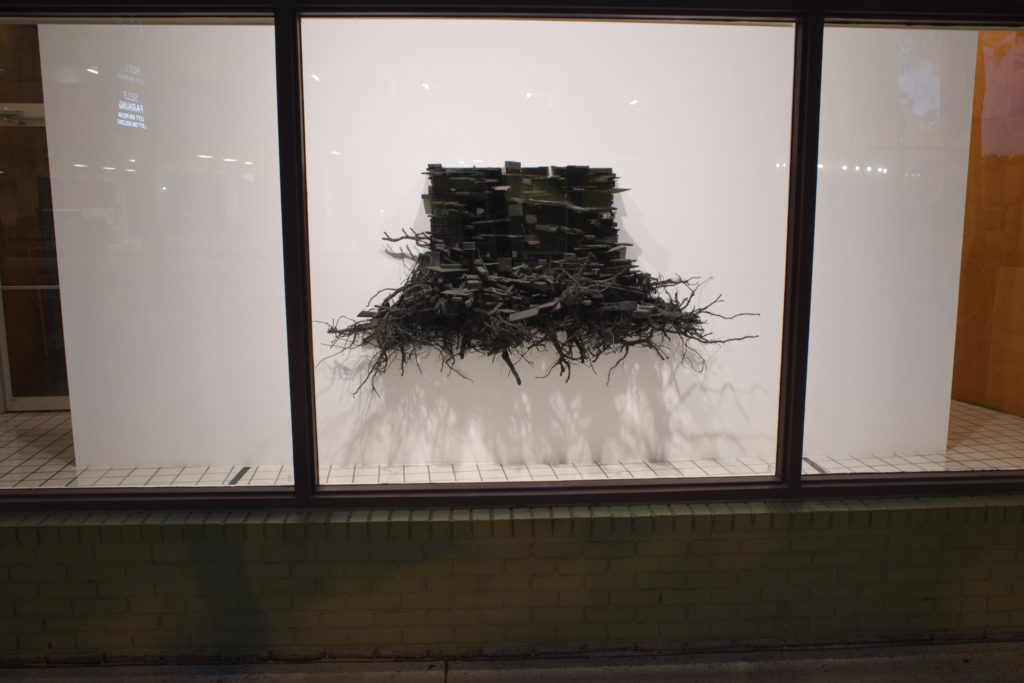 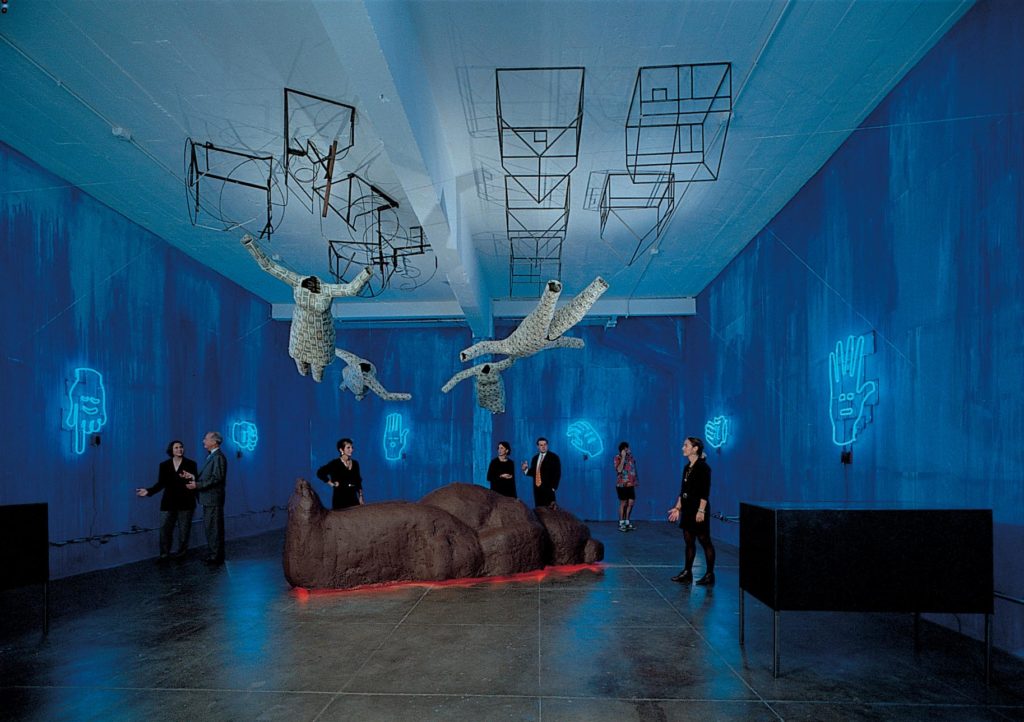 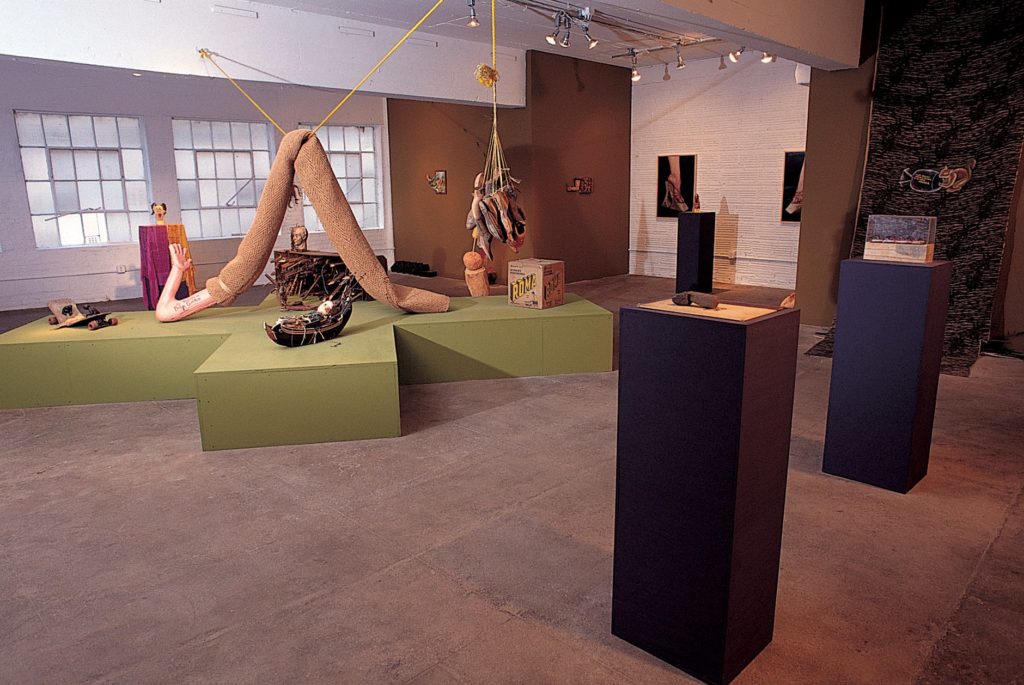